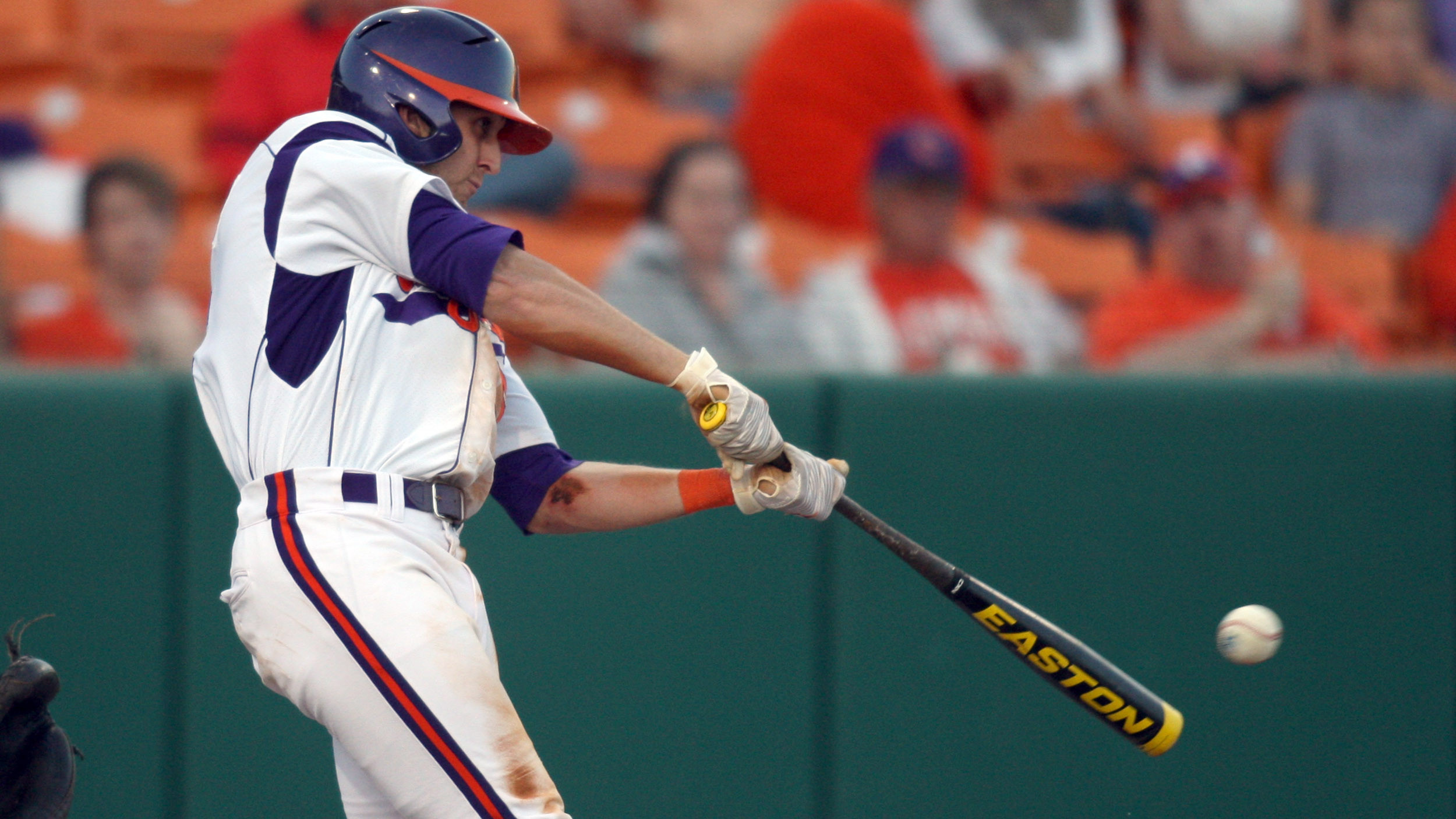 The SeriesClemson and Florida State have met 125 times, with the Seminoles holding a 66-58-1 lead in the series dating to the 1958 season. The Tigers have won eight of the last 11 games in the series after Florida State won five of the previous six meetings.

Last season at Doug Kingsmore Stadium, the Tigers won the first two games by scores of 7-2 and 9-7 before the top-ranked Seminoles rebounded to defeat Clemson 9-5 in the series-finale. Then in the ACC Tournament at Greensboro, NC, Jon McGibbon hit a three-run, walkoff homer to give Clemson a 9-7 victory over #1 Florida State. In 2011 at Dick Howser Stadium, Florida State won game-one 8-6 before Clemson won the final two games by scores of 7-4 and 8-5. Florida State later defeated Clemson 6-3 in the ACC Tournament at Durham, NC.

The Seminoles hold a 35-15-1 lead over the Tigers in games played at Florida State, while Clemson leads 33-30 in ACC regular-season games.

The Starting PitchersIn game-one, Florida State will start junior righthander Peter Miller (6-1, 3.04 ERA) on the mound. The Lutz, FL native has made 11 starts for a total of 53.1 innings pitched. He has allowed 51 hits (.252 opponents’ batting average) and 18 walks with 43 strikeouts.

The Tigers will counter with sophomore righty Daniel Gossett (8-3, 2.36 ERA) on Thursday. The Lyman, SC native has made 13 starts for a total of 80.0 innings pitched. He has surrendered 64 hits (.213 opponents’ batting average) and 28 walks with 80 strikeouts.

In game-two, the Seminoles will start sophomore righty Luke Weaver (5-2, 2.17 ERA) on the mound. The DeLand, FL native has made 11 starts and two relief appearances for a total of 70.2 innings pitched. He has given up 55 hits (.214 opponents’ batting average) and 14 walks with 83 strikeouts.

Clemson will counter with freshman lefty Matthew Crownover (7-1, 1.90 ERA) on Friday. The Ringgold, GA native has made 12 starts and one relief appearance for a total of 61.2 innings pitched. He has yielded 54 hits (.241 opponents’ batting average) and 16 walks with 39 strikeouts.

In game-three, Florida State will start sophomore lefty Brandon Leibrandt (8-4, 3.41 ERA) on the mound. The Alpharetta, GA native has made 13 starts for a total of 74.0 innings pitched. He has allowed 66 hits (.245 opponents’ batting average) and 25 walks with 69 strikeouts.

The Tigers will counter with freshman lefthander Zack Erwin (5-0, 2.88 ERA) on Saturday. The Duluth, GA native has made 16 relief appearances and three starts for a total of 50.0 innings pitched. He has surrendered 38 hits (.221 opponents’ batting average) and 17 walks with 26 strikeouts.

The SeminolesFlorida State, led by 35th-year Head Coach Mike Martin and ranked as high as #8 in the nation, enters the series against #14 Clemson with a 42-10 overall record and 18-9 ACC mark after winning two of three games at N.C. State from Saturday to Monday. The Seminoles, who are 39-0 when scoring at least four runs and have won 11 of their last 12 games, are 30-2 at home in 2013.

Shane Kennedy, who is riding a 10-game hitting streak, leads the team in batting average (.326) and on-base percentage (.423) along with totaling four homers, 30 RBIs, and 17 steals. Garrett Boulware is batting .311 with seven homers and 43 RBIs, while Steve Wilkerson is hitting .310 with a team-high 16 doubles. Thomas Brittle has added a team-high 19 stolen bases as well.

The pitching staff has a 2.94 ERA and .258 opponents’ batting average in 481.0 innings pitched. The staff has allowed 168 walks against 348 strikeouts, good for a 2.07 strikeout-to-walk ratio. Junior righthander Matt Campbell has seven of the team’s 14 saves, while senior righty Scott Firth has four saves. The Tigers are fielding at a .971 clip as well.

The ACC Atlantic Division race will come down to the final weekend when Clemson plays at Florida State and N.C. State plays at Duke. Assuming all three games of both series are finished and there are no ties, the following lays out the scenarios for the three teams in contention for the division title.

Bradley’s First Career Homer a Memorable OneFreshman utility player Kevin Bradley (Pennington, NJ) made a last-minute start at first base against USC Upstate on May 14 due to Jon McGibbon‘s illness. The switch-hitter only had two career RBIs entering the contest, but he stepped up and played a big role in Clemson’s dramatic 8-7 comeback victory.

With one out in the ninth inning and Clemson trailing 7-5, he hit the first pitch over the fence in left field for a three-run, walkoff homer. It was his first career home run, as he became the fifth Tiger in history and the first Tiger since 1988 to have his first career long ball be in walkoff fashion. It capped an outstanding game for Bradley, who went 2-for-3 with a homer, three RBIs, two runs, one walk, and one hit-by-pitch.