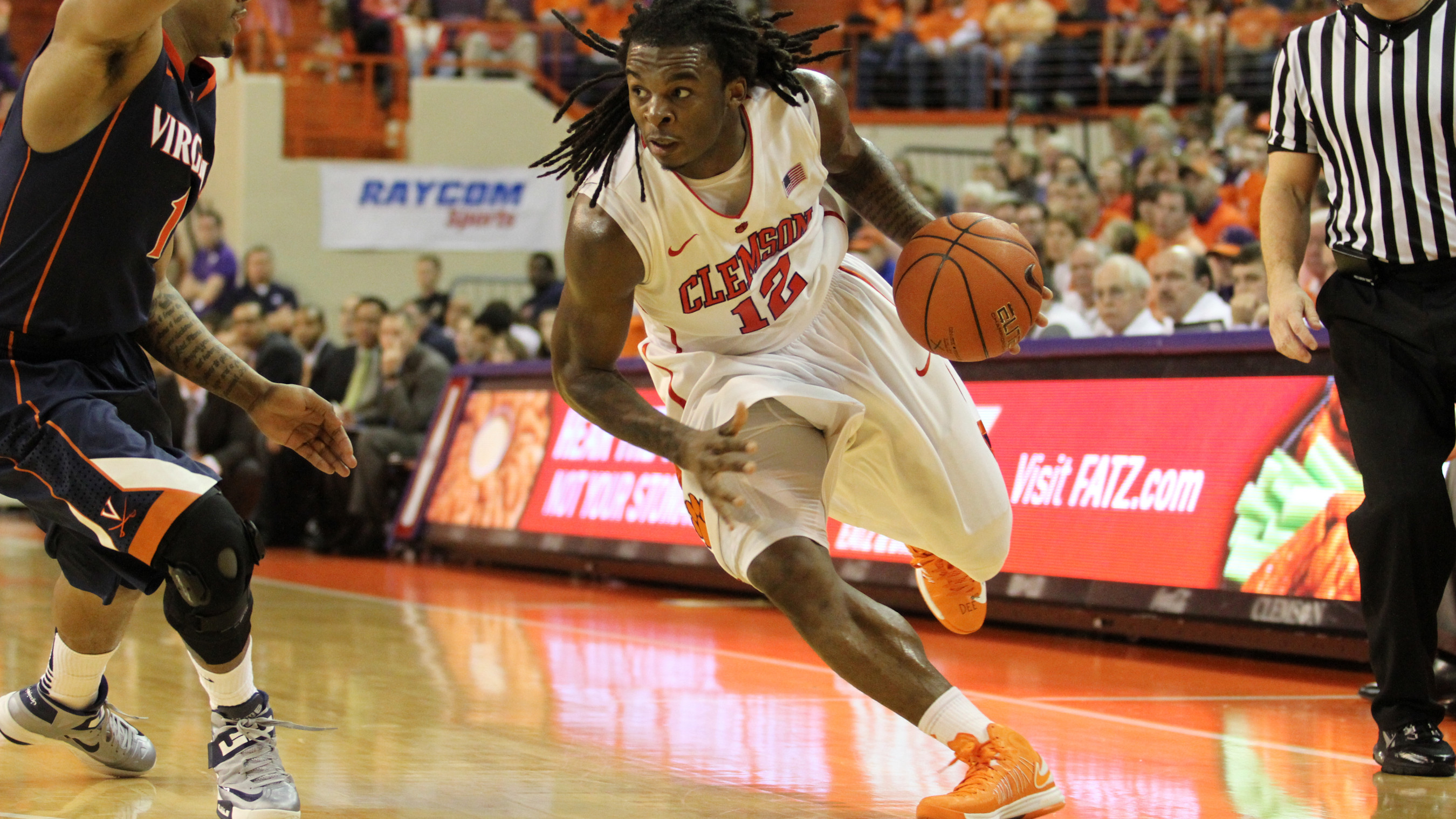 QUICK FACTS• Clemson and NC State will face off for the 146th time on the hardwood Sunday. The game will be ESPNU’s featured Sunday Night Hoops contest, one of two that will include Clemson this season. The other will be a home game against Miami on Feb. 17.• NC State holds the all-time lead in the series 97-48, but Clemson has held the upper hand in recent years. The Tigers have won two of the last three, and seven of the last nine meetings overall against the Wolfpack.• Clemson has won two straight games in the ACC after an 0-2 start. The Tigers have held both of their last two opponents, Virginia and Wake Forest, to the same point total (44).• NC State enters the game ranked 14th in the AP poll and 15th by the coaches, but the Wolfpack lost in their most recent game at Maryland on an Alex Len tip-in with 0.9 seconds left. NC State knocked off previously unbeaten and No. 1 ranked Duke in its most recent home game.• Clemson’s consecutive games holding ACC opponents to 45 points or less was a first in school history since the league formed in 1953.• The Tigers held Wake Forest to 24.6 percent shooting, the second best field goal percentage defense by Clemson against an ACC school since Jan. 4, 1964, when the Tigers held the Demon Deacons to 20 percent on field goals.• K.J. McDaniels had seven blocked shots against Wake Forest, a career-high. It gave him 36 for the season, most in Clemson history for a player 6-foot-6 or shorter. McDaniels added a career-high nine boards against the Demon Deacons.• Devin Booker is averaging 10.8 rebounds per game in ACC play, third-best in league games.• Booker needs 58 points to become the 36th player in Clemson history to reach the 1,000 career point club.• Milton Jennings has made at least one three-pointer in all but two games and leads the Tigers at 46.2 percent. He has tied a personal high with 24 on the season, the same number he had as a sophomore in 2010-11.• Rod Hall has committed just 26 turnovers in 458 minutes, an average of one only every 17.6 minutes of play. He is fifth in the ACC in assist-to-turnover ratio and is also shooting 49.4 percent from his point guard position.