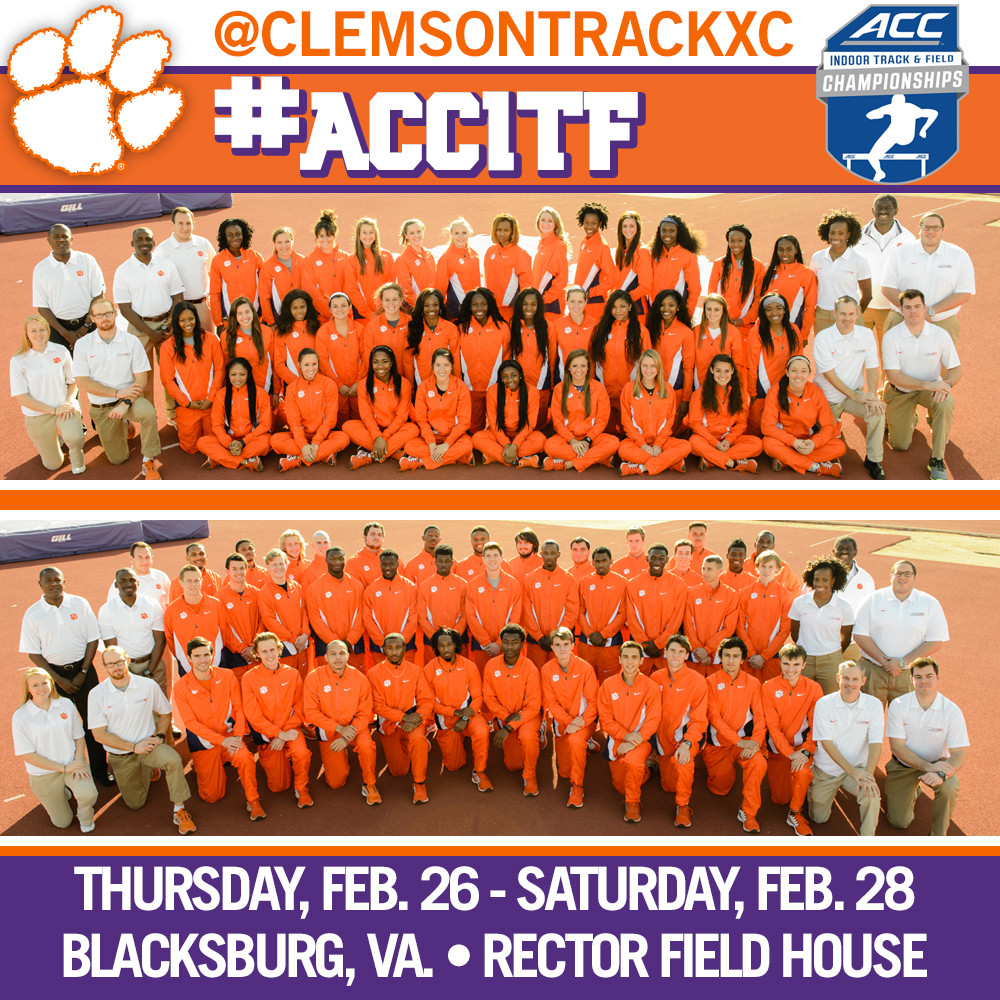 • Clemson looks to avenge a pair of disappointing finishes at the 2014 ACC Indoor Championships this week. The Tiger women finished eighth after winning the previous four team titles.

• In Clemson’s four-year championship run from 2010-13, the Tigers averaged over 151 points per meet. Clemson’s women are the highest ranked team (No. 15 nationally) heading into this weekend.

• The Tiger men look to improve from 2014 as well, finishing 11th overall. Clemson has three athletes — Shai Carpenter, Tevin Hester and Torian Ware — with All-ACC honors to their credit.

• The Tiger women have been ranked in the top 25 of every set of USTFCCCA national rankings released this indoor season. Currently, Clemson carries a season-best rank (No. 15) into the ACC Championships.

• Natoya Goule, the ACC record-holder in the 800 meters and national leader in the event, is a candidate for The Bowerman — the highest honor afforded to a collegiate track & field athlete.

• Tevin Hester is in search of his first ACC title in the men’s sprints. He is currently the No. 2 seed in both the 60 and 200 heading into the conference championship meet.

• Clemson athletes rank 1-2-3 in the ACC in the women’s triple jump this season, led by sophomore Iana Amsterdam atop the leaderboard.

• Both of Clemson’s women’s relays have broken school records in 2015.