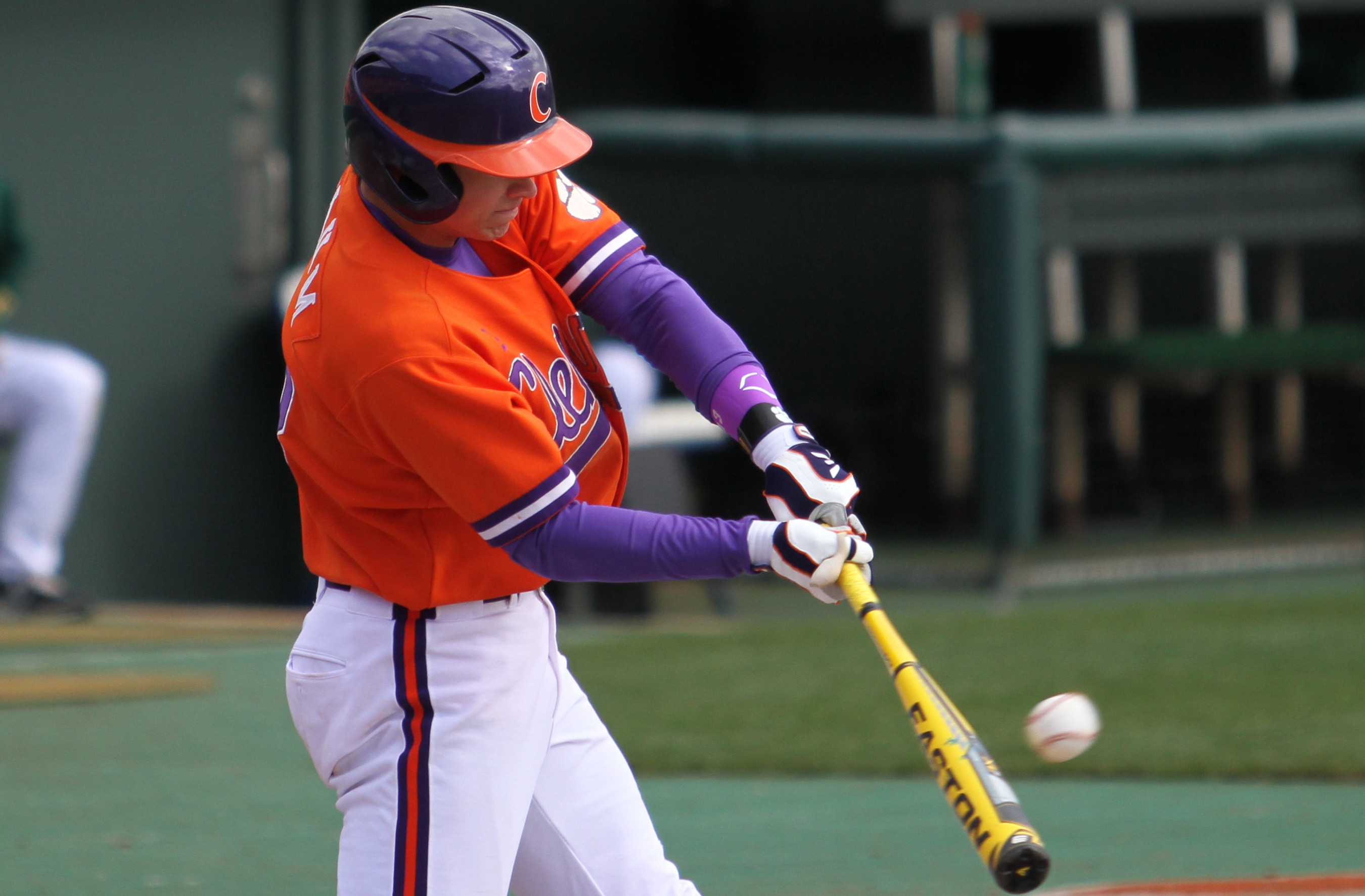 Jay Baum and Shane Kennedy both went 3-for-3 and freshman Steven Duggar added a career-high four RBIs to lead Clemson to a 9-2 victory over Wofford at Doug Kingsmore Stadium on Wednesday.  The Tigers, who won their 14th game in a row over Wofford, improved to 7-4 on the season.  The Terriers dropped to 7-6 in 2013.

The win was Jack Leggett‘s 1,231st as a head coach, moving him ahead of Jim Dietz into sole possession of 13th place in career wins by a head coach at a Division I school.

Freshman lefthander Matthew Crownover (1-0) earned his first career win by tossing 5.0 strong innings.  He gave up just three hits, one run, and no walks with three strikeouts.  Patrick Andrews and Brody Koerner combined to pitch the final 4.0 innings without allowing an earned run.

In the first inning, Thomas Brittle led off with a bunt single and moved to second on Baum’s sacrifice bunt.  Steve Wilkerson and Kennedy walked to load the bases, then Steven Duggar walked to score Brittle.

The Tigers added to their lead in the third inning.  Wilkerson hit a one-out, bloop single down the right-field line and scored on Kennedy’s triple to center.  Duggar plated Kennedy with a sacrifice fly to center.

Josh Hyman dented the scoreboard for the Terriers in the fourth inning when he belted a leadoff homer to left field, his second long ball of the season.

In the sixth inning, Matthew Ramsay reached on a one-out, infield single.  After stealing second and third, he scored on an error on a failed pickoff attempt with two outs.

Clemson tacked on three runs on four hits in the seventh inning.  Brittle led off with a single through the right side, stole second, and moved to third on Baum’s single to right-center.  After Wilkerson walked to load the bases, Kennedy grounded a single through the left side to score Brittle.  Two batters later, Matt Reed blasted a double to left-center to score Baum and Wilkerson.

Baum, who had a career-high figure for hits, went 3-for-3 with two runs and two steals to pace Clemson’s 11-hit attack.  Kennedy went 3-for-3 with a triple, three RBIs, two runs, and a steal, while Brittle went 2-for-4 with two runs and a steal.  Wilkerson went 1-for-1 with a game-high three runs, and Duggar, who entered the game with three career RBIs, hit a double and totaled four RBIs.  Clemson’s 1-5 batters in the starting lineup combined to go 10-for-13 (.769) with a double, triple, seven RBIs, nine runs, and five steals.

Hyman went 3-for-4 with a homer to lead Wofford, who amassed six hits in the contest.

Clemson will open ACC play with a three-game series at #8 N.C. State beginning Friday at 6:30 PM.