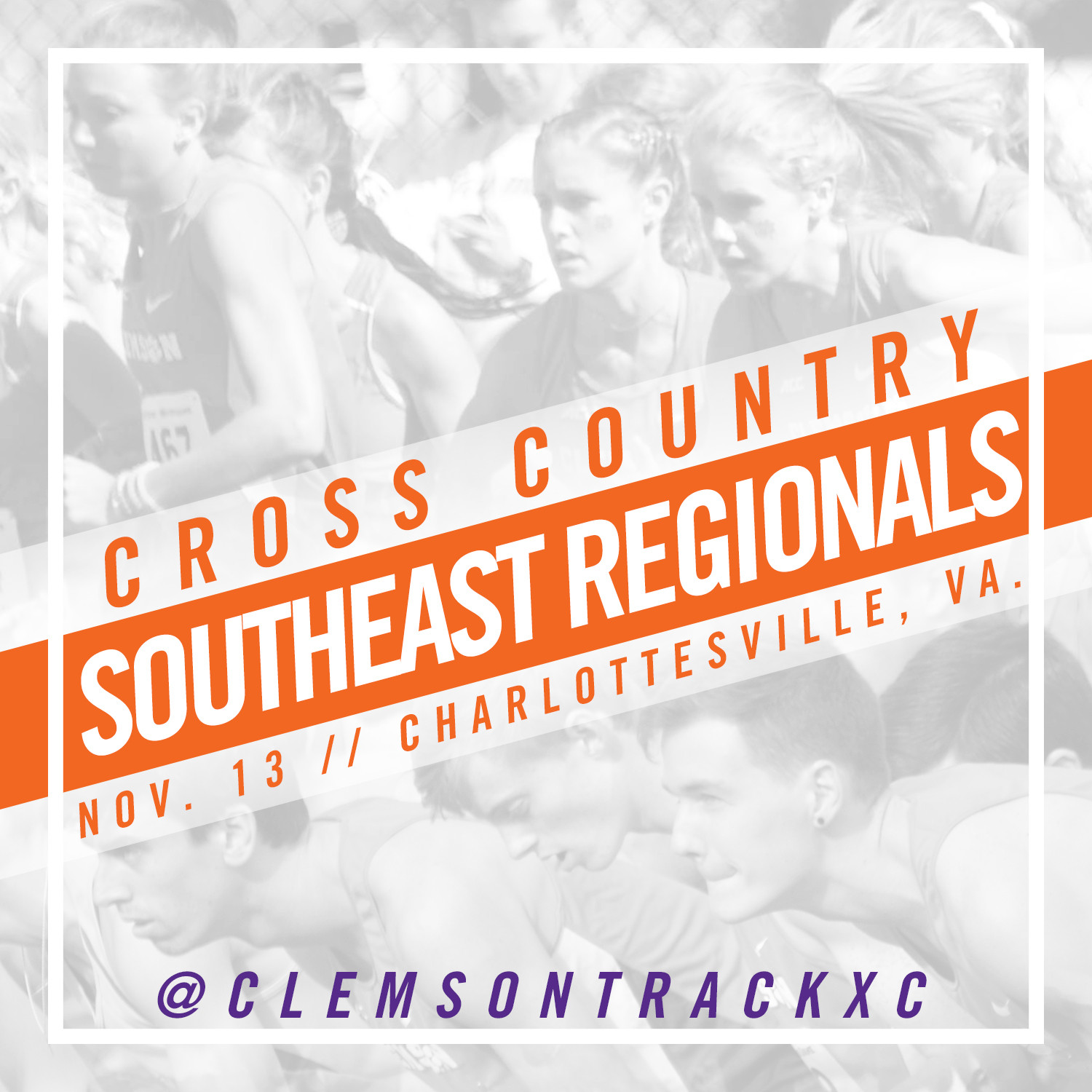 Tigers Take On The Southeast

CHARLOTTESVILLE, Va. – On November 13, Clemson cross country could compete in its final race of the season as the men and women will strive to extend their season at the NCAA Southeast Regionals. The women’s 6K race will kick things off at 12 p.m., and the men’s 10K will follow at 1:00 p.m.

“We are excited to give our young athletes the opportunity to experience what it will take to ultimately make it to the NCAA Cross Country Championships,” said head coach Mark Elliott. “Individually, Grace Barnett has a realistic shot to make it to the championships as an individual. Unfortunately, our women’s team will be without freshman Kaley Ciluffo due to a recent injury. We look for a better team finish than we had last season, to end the fall on a great note.”

The women are coming off perhaps their best ACC Championship performance in recent memory. Barnett led the Tigers for the sixth straight race and finished 10th overall, crossing the finish line at 20:31.2 to become Clemson’s first female All-ACC runner since 2009. She enters the meet looking to qualify for Nationals.

Prior to a recent injury, Ciluffo had given the women a significant boost as she was added to the Tigers’ top-seven. In just her third collegiate race, Ciluffo finished just seven places out of earning All-ACC honors as her time of 20:59.5 was good enough for 28th overall. In each of her three collegiate races she has three top-three finishes for Clemson.

On the men’s side, James Dwyer turned in his best race of the season. He led Clemson with a time of 24:54.0 for a 44th place finish overall. The next three finishers for the Tigers all crossed the finish line within 12-seconds of each other.