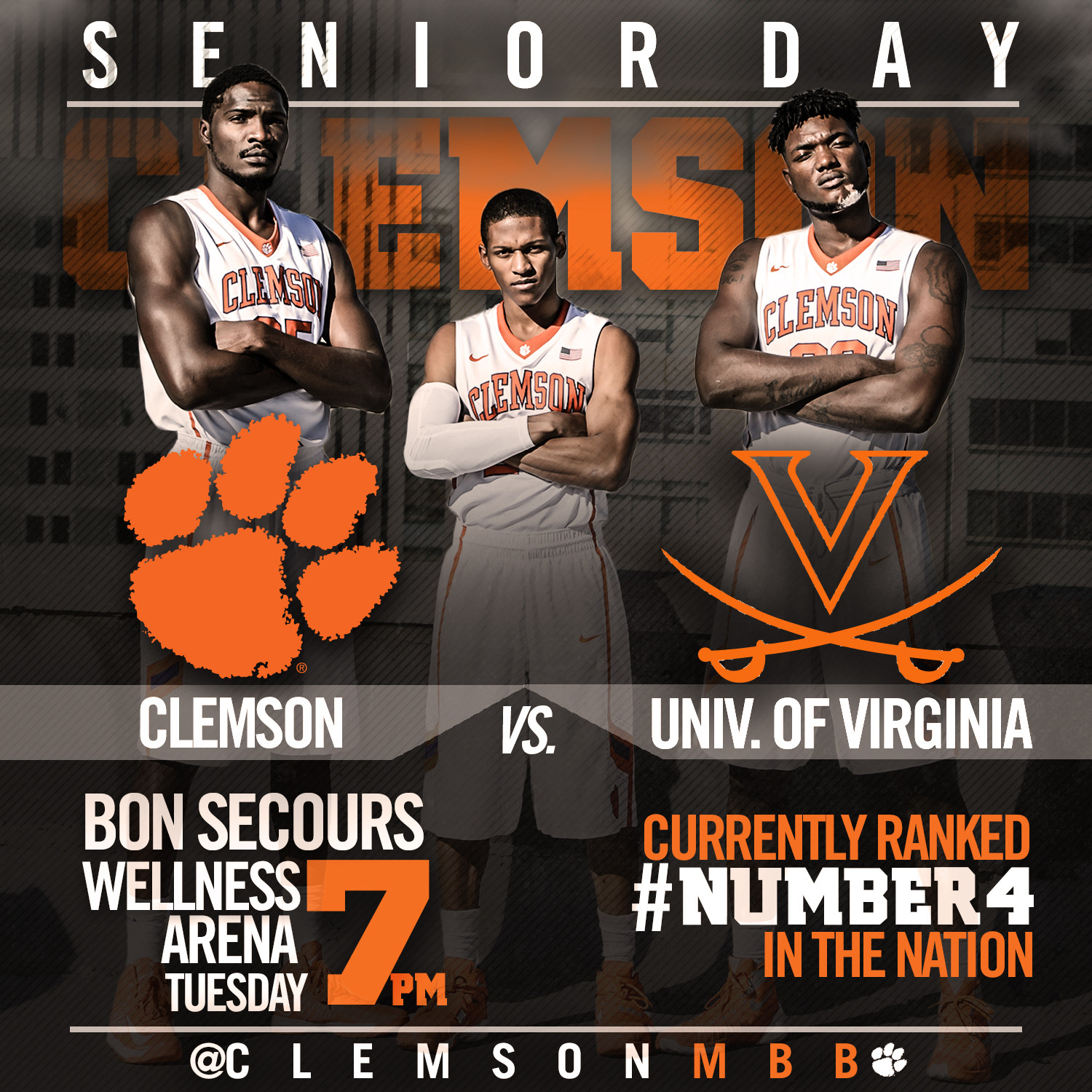 Tigers Take on No. 4 Virginia on Senior Day

• The Tigers have won on Senior Day in nine of their past 10 attempts, excluding 2013-14 when Clemson did not have one on its roster.

• Clemson’s team would set a school record for home ACC wins in a single season (8) with a victory Tuesday.

• A win Tuesday would be the Tigers’ fifth over a ranked ACC team this season, which would be the most since the 1979-80 team also defeated five top-25 teams.

• Jaron Blossomgame has scored 326 points in ACC play, fifth-most in Clemson history. His average of 20.4 per game is seventh-best over a season.

• Donte Grantham produced 16 points in his last outing, all in the second half against Georgia Tech. He leads the Tigers with 52 three-pointers, most by a Clemson player since the 2011-12 season.

• Ty Hudson sparked Clemson in its most recent game at Georgia Tech, scoring an ACC-high eight points in a five-minute stretch during the first half.