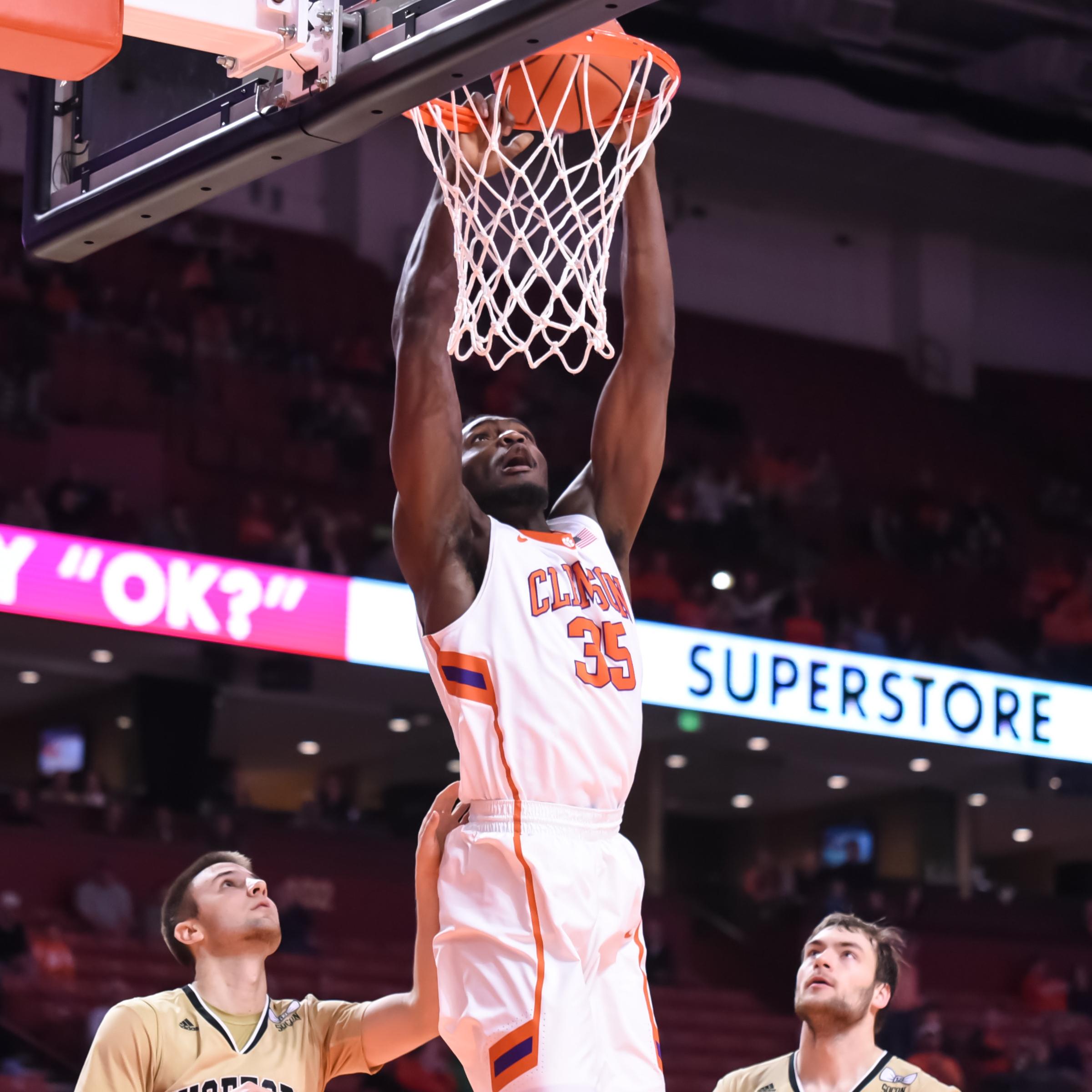 • Clemson and Alabama meet for the first time since the 2008-09 season, when the Tigers completed a home-and-home sweep of the Crimson Tide in Littlejohn Coliseum.

• The Tigers face Southeastern Conference opponents in three of their next four games, with tilts against South Carolina (Dec. 18) and Georgia (Dec. 22) concluding the non-conference portion of the schedule. Clemson was 3-1 against SEC teams last season.

• Clemson holds winning records against four SEC programs in its history — Alabama, Florida, Mississippi and Mississippi State. Clemson won in Coleman Coliseum on New Year’s Day in 2008, and again on Jan. 6, 2009 most recently.

• Clemson is coming off arguably its top defensive effort of the season in a 66-51 win over Wofford on December 6. The Tigers held Wofford to season lows of 18 field goals and a 34 percent shooting mark.

• Jaron Blossomgame is among the ACC’s top 10 in scoring at 18.5 points per game, while ranking fourth in field goal percentage (.596). Blossomgame is 26 rebounds shy of becoming Clemson’s 30th player in history with at least 700 points and 500 career rebounds. Devin Booker was the most recent to do it.

• Avry Holmes made just three of his first 11 three-point attempts at Clemson, but has since gone 14-27 (.519) as he has settled into his new home.