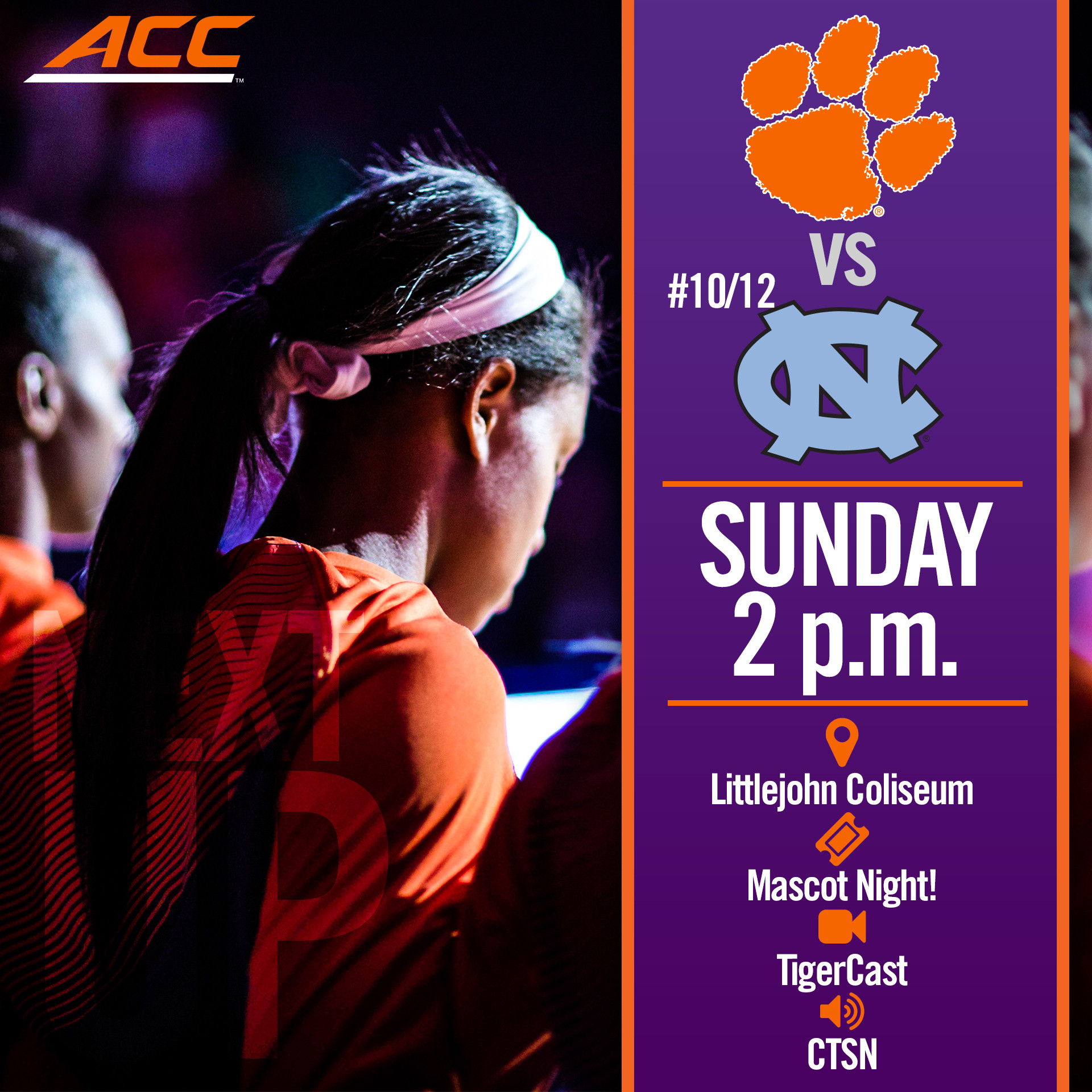 CLEMSON, S.C. – The women’s basketball team hosts No. 10/12 North Carolina (15-3, 2-2 ACC) in Littlejohn Coliseum on Sunday at 2 p.m. Sunday is designated as Tiger Cub Club/CATS Day (more info), and several mascots from area organizations will be in attendance, including the Tiger and Tiger Cub, Reedy Rip’It (Greenville Drive), Rowdy (Greenville Road Warriors) and Sir Purr (Carolina Panthers), among others.

Elementary school students receive free admission with the school pass, and a family four-pack is available for just $10, which includes two adult and two youth tickets. Members of the Tiger Cub Club get in free, and their families can buy discounted tickets. Youth teams can use promo code TEAM to purchase tickets for just $3 each.

Clemson enters the game 9-1 in Littlejohn Coliseum, but have lost four in a row entering the game. The Tigers last took down a 21st-ranked North Carolina squad in 2012, a 52-47 defensive battle in Chapel Hill.

Nikki Dixon is averaging a career-best 15.4 ppg and 6.0 rpg to lead the Tigers, and needs just four points to move into tenth in school history in scoring. Dixon has scored in double-figures in 10 straight games, and 75 time in her career.