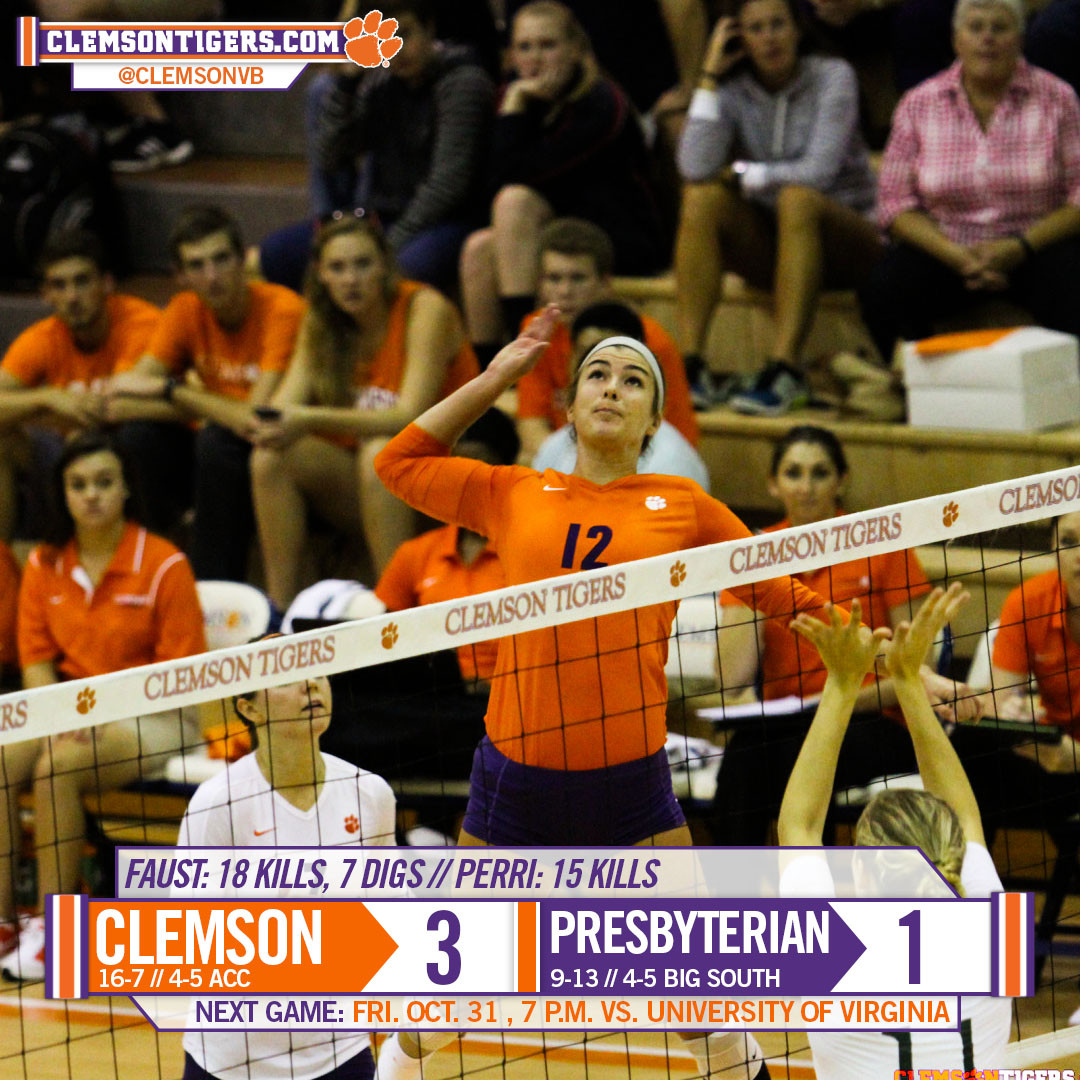 Senior Kristin Faust led all hitters on the floor with 18 kills. Sophomore Leah Perri was right behind her with 15 kills. Kate Federico ran the offense with 44 assists. Her 10 dig performance gave her another double-double on the season. Clemson’s defense kept Presbyterian’s offense at a .065 hitting percentage for the match. Niki Collier led the backcourt with 16 digs, and the Tigers put down 14 total blocks as a team, led by Karis Watson with six.

Clemson started off the match slow. In the first set the Tigers struggled with unforced errors posting 12 total errors to PC’s nine. The Tigers hit .150 in the first set and Faust led the offense with five kills.

The fourth set started of slow for Clemson, as the Blue Hose took an early 4-1 lead. A kill from Haleigh Hampton tied it up at five, and the Tigers controlled the remainder of the match. Sophomore Alex Lynch stepped on the court and knocked down two kills on three attempts. Freshman Gabby Blados saw the court for the first time in her career and put down one kill on three attempts and two block assists. A block from Megan Giardina and Blados closed out the match 25-15.

The Tigers step back on the court when Virginia comes to Tigertown on Friday, Oct. 31 at 7 p.m. The third-ranked Florida State Seminoles make their way to Jervey Gym on Sunday, Nov. 2 at 1 p.m.