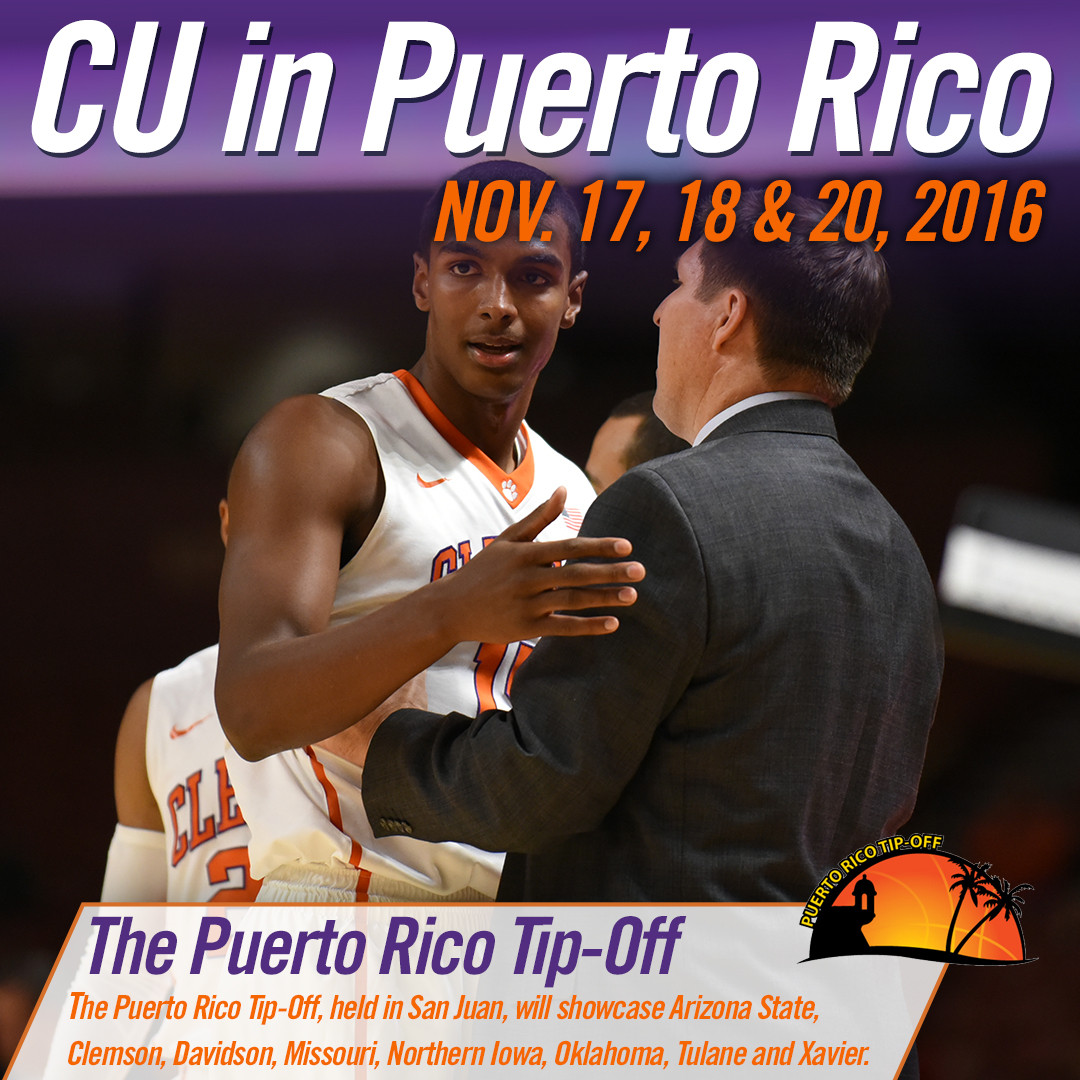 CLEMSON, S.C. — The fields for several 2016 men’s basketball tournaments owned and operated by ESPN were announced Thursday. Clemson is one of eight teams headed to San Juan from Nov. 17-20, 2016 for the Puerto Rico Tip-Off.

The other teams slated to play in the 2016 event are Arizona State, Davidson, Missouri, Northern Iowa, Oklahoma, Tulane and Xavier. Four of the teams advanced to the 2015 NCAA Tournament.

This will be Clemson’s first time playing in the event, but not in San Juan. The Tigers have made five previous trips to Puerto Rico for the San Juan Shootout, with the most recent coming in 2007. Clemson won the event in 2005. The Tigers also played in Puerto Rico in 1989, 1996 and 2000.

The 2016 Puerto Rico Tip-Off will be the 10th annual event, held each November at Coliseo Roberto Clemente.