WINSTON-SALEM, N.C. – No. 12 Clemson tied its season high with four home runs and Jake Higginbotham pitched 5.0 scoreless innings in the Tigers’ 9-4 win over Wake Forest at David F. Couch Ballpark on Sunday afternoon. Clemson, who registered its first sweep at Wake Forest since 2005, improved to 29-11 overall and 14-7 in the ACC. The Demon Deacons dropped to 18-23 overall and 10-11 in ACC play.

Clemson scored four runs in the fourth inning thanks in large part to some heads-up baserunning. Kyle Wilkie started the scoring with a two-run double, then Wilkie scored from second on a wild pitch and throw to second base. Jordan Greene’s squeeze bunt plated the fourth run. In the fifth inning, Chris Williams and Grayson Byrd hit back-to-back solo homers, the 11th of the season for Williams and sixth for Byrd.

The Demon Deacons responded with three runs in the sixth inning, highlighted by Michael Ludowig’s two-out, two-run single, and scored another run in the seventh inning to narrow the Tiger lead to 6-4. But Wilkie and Drew Wharton both hit solo homers in the eighth inning to double Clemson’s lead. It was Wilkie’s second long ball of the season and Wharton’s sixth. Later in the inning, Logan Davidson ripped a two-out, run-scoring double.

The Tigers host Kennesaw State on Tuesday at 6:30 p.m., on ACC Network Extra. Fans can purchase a ticket for only $2 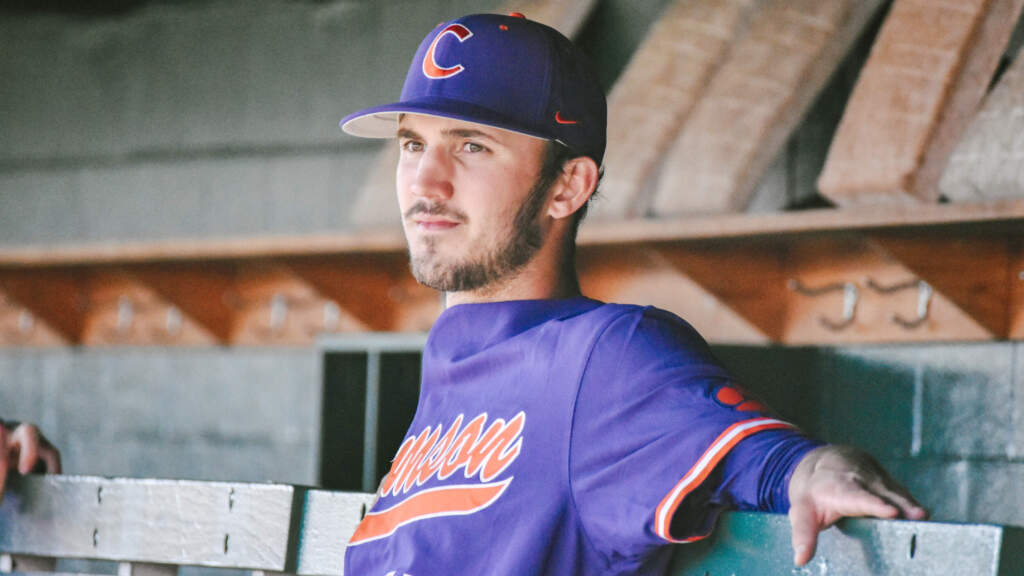