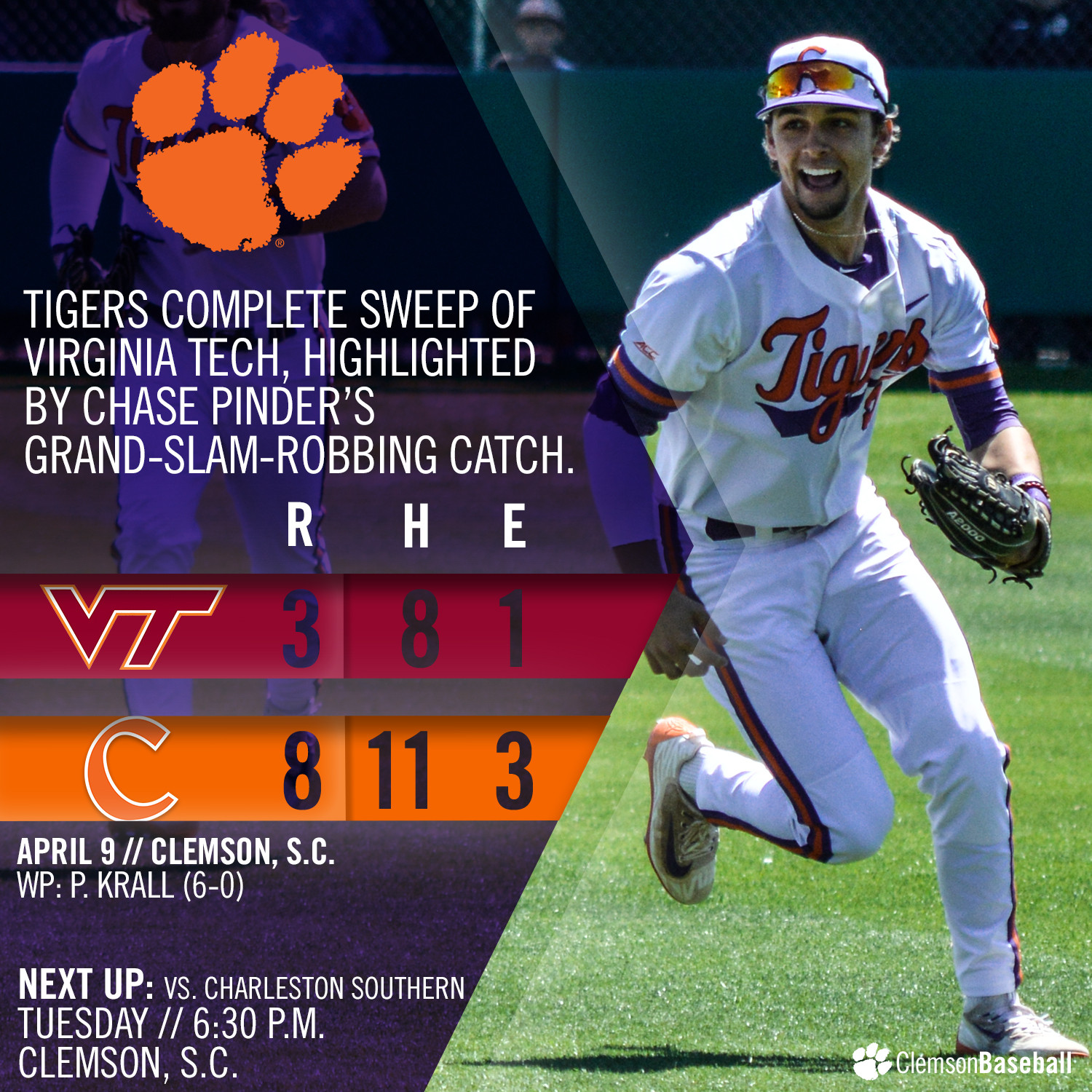 CLEMSON, S.C. – The No. 4 Clemson Tigers scored four runs in the fourth inning to take the lead for good in their 8-3 win over Virginia Tech at Doug Kingsmore Stadium on Sunday afternoon. The Tigers, who swept the series 3-0 and won their 20th game in a row over Virginia Tech at Doug Kingsmore Stadium dating to 1984, improved to 28-5 overall and 13-2 in the ACC. The Hokies dropped to 17-17 overall and 6-9 in ACC play.

Virginia Tech took its second 2-0 lead in as many days when it scored two runs in the third inning. But the Tigers responded with four runs in the fourth inning, keyed by Andrew Cox’s two-run single and Jordan Greene’s two-run single. Robert Jolly belted a two-run single in the fifth inning, then Reed Rohlman extended his hitting streak to 10 games in the sixth inning with a run-scoring single for Clemson, who won its fifth game in a row. Every Tiger starter had at least one hit as well.

The Tigers host Charleston Southern on Tuesday at 6:30 p.m., on ACC Network Extra. Tuesday is $1 Hot Dog Night. Fans can also buy one regular-price ticket and get one of equal value for free.