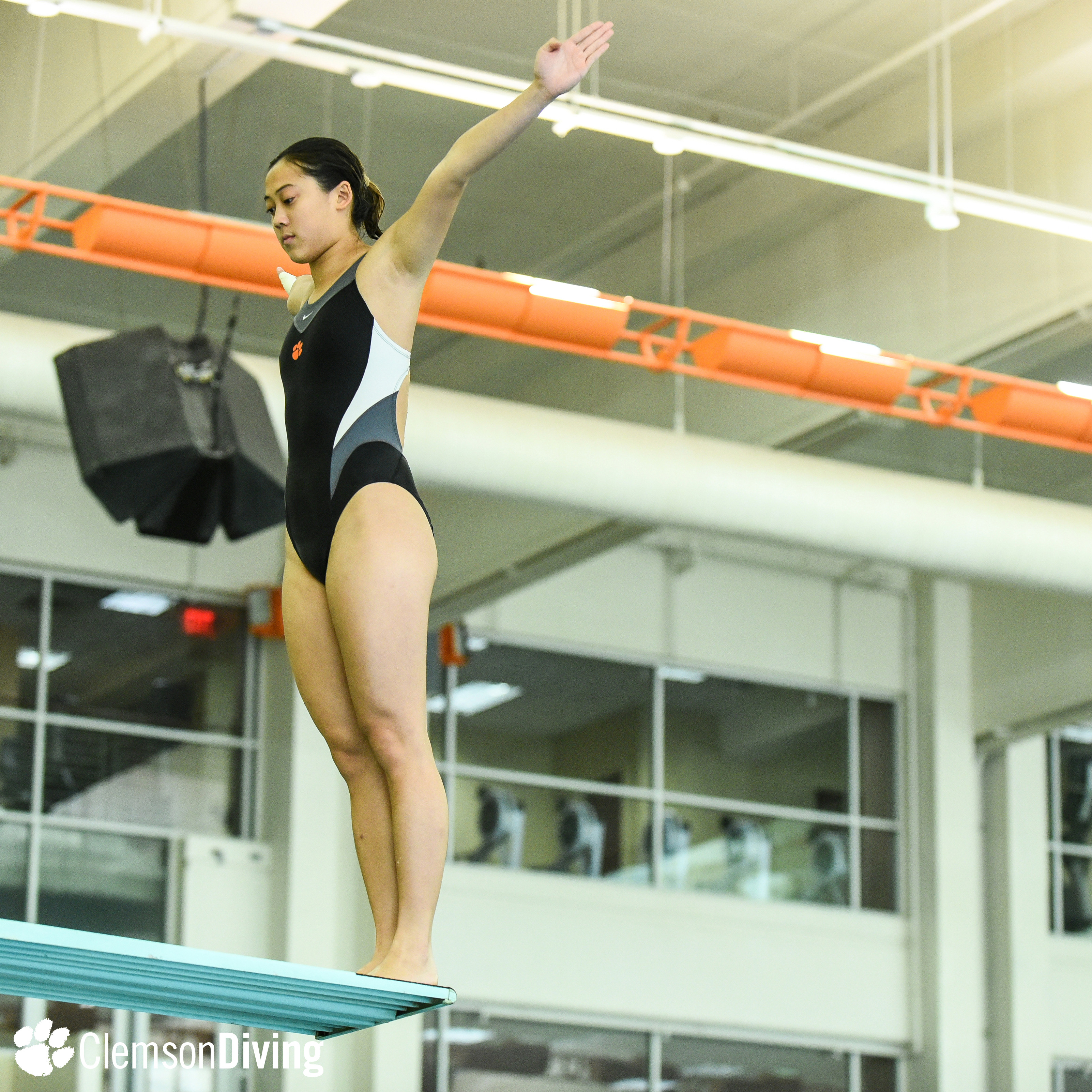 ANNAPOLIS, MD. – Three Tigers posted Zone qualifying scores in the one-meter, and Clemson divers also took the top five spots in both the one- and three-meter on Saturday at the Navy Invitational against Navy, American, Bucknell and Lafayette. The Tigers also topped the Navy competition in all three events during an exhibition on Monday.

Monday’s competition featured Clemson’s first appearance on the platform, and Lim claimed first place with a score of 274.70, besting second-place Reitsma by more than 50 points. Hirapara, sophomore Morgan Fiske, Brown and Jendra completed the field of six for the event. Blank, Brophy, Hays and sophomore Erin Lee swept the top four spots in the one-meter, all breaking 230 points while the fifth-place Navy diver managed 192.25. Only two divers competed in the three-meter, with Braun (286.85) beating teammate Donovan (285.15) by a margin of just over a point.

The Tigers are back in action on Wednesday, Nov. 9 with a home meet against rival South Carolina. The Tigers and Gamecocks will compete at 5 p.m. in McHugh Natatorium.