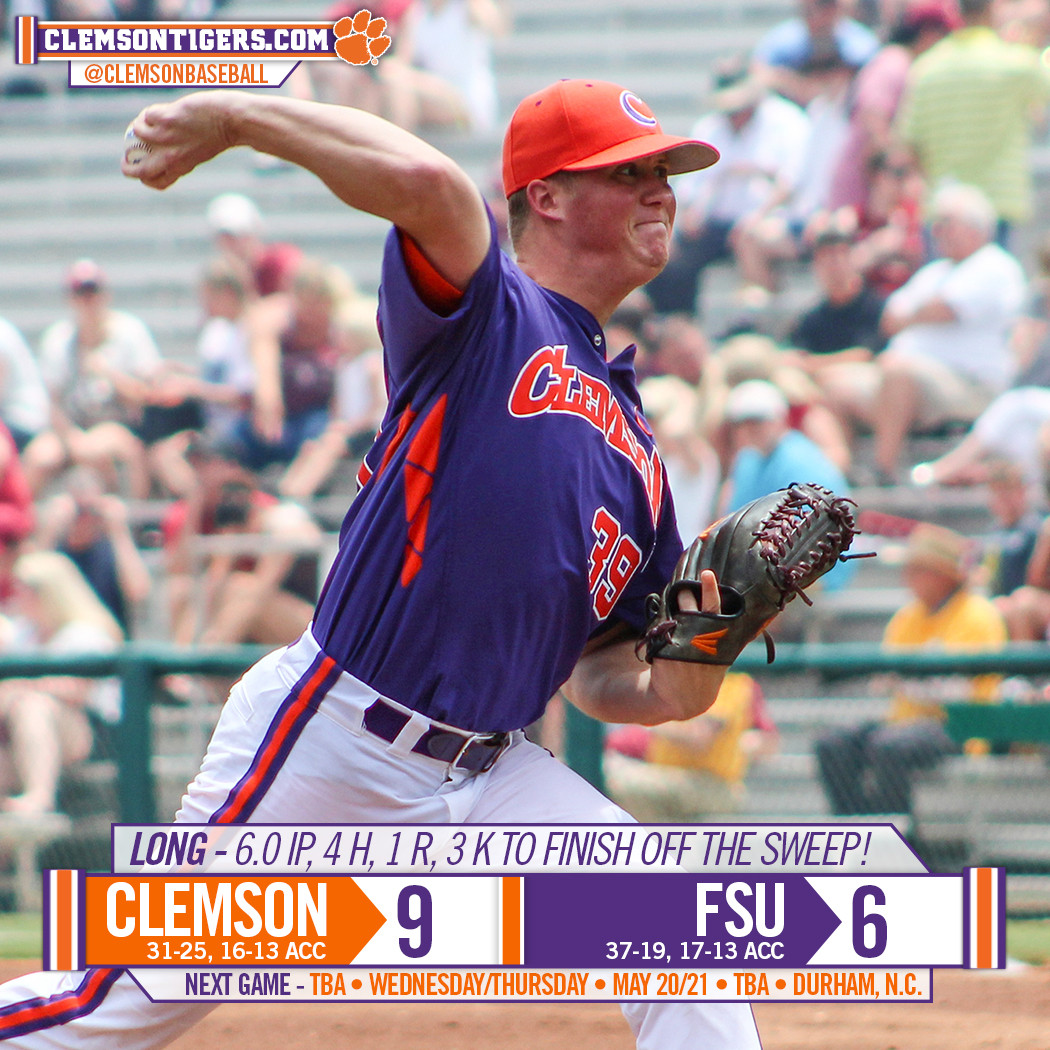 TALLAHASSEE, FLA. – Reed Rohlman tied a school record with three doubles and Jake Long tossed 6.0 strong inning to lead Clemson to a 9-6 victory over No. 8 Florida State at Dick Howser Stadium on Saturday afternoon. The Tigers, who swept the three-game series by a combined score of 20-7, improved to 31-25 overall and 16-13 in the ACC. The Seminoles fell to 37-19 overall and 17-13 in ACC play.

With the win, Clemson, who improved to 7-3 against top-25 teams and 6-3 against top-10 teams in 2015, assured itself a winning season for the 51st year in a row. The Tigers also handed the Seminoles their first three-game series sweep at Dick Howser Stadium since 2006.

Rohlman’s two-out double in the first inning gave Clemson a 1-0 lead, then he hit another two-out double in the third inning, this time scoring two runs. Tyler Slaton and Eli White lined run-scoring hits in the fourth inning and Andrew Cox added a run-scoring single in the top of the sixth inning to give the Tigers a 6-0 lead. The Seminoles scored a run in the bottom of the sixth inning, snapping Clemson’s 21-scoreless-inning streak over three games, then Clemson responded with a run in the seventh inning and two runs in the eighth inning.

Clemson is the No. 5 seed in the ACC Tournament, which will be held at Durham (N.C.) Bulls Athletic Park from Tuesday to Sunday. The Tigers’ first game is either Wednesday or Thursday.