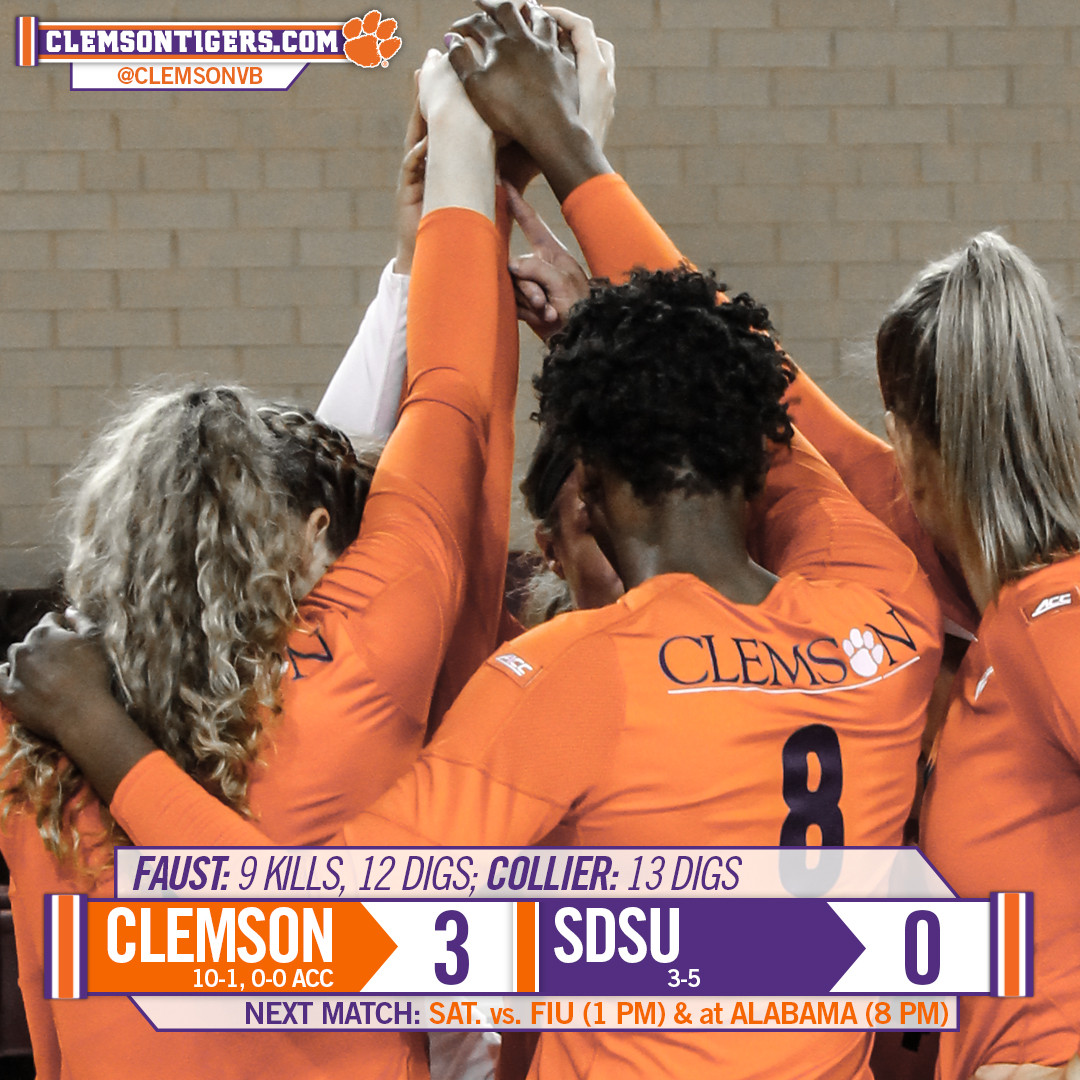 TUSCALOOSA, Ala. – The volleyball team overcame deficits in all three sets in a 25-18, 25-21, 25-21 sweep of San Diego State (3-5) in Clemson’s opening match of the Crimson-White Tournament Friday. Clemson improves to 10-1 on the season with the victory, its best 11-match start since 1999, when the program opened with 16 straight wins.

Kristin Faust led all players with nine kills in what was otherwise a quiet match offensively for both clubs. Clemson had just 29 kills in the match, but only made 14 errors. Defensively, the Tigers picked up 51 digs, including 13 from California-native Niki Collier and 12 from Faust. Clemson also finished with seven blocks, the four coming from freshman setter Kate Federico, who also had 23 assists and seven digs.

Karis Watson, who entered the match 11th nationally in blocks per set, added three to go along with five kills in seven swings. Lou Davis paced the Tigers with two aces in the service game, while also picking up seven digs in the back row.

Clemson improves to 2-0 all-time against the Aztecs, in what was the programs’ first meeting in 20 years.

The Tigers return to action Saturday at 1 p.m. eastern against FIU before an 8 p.m. showdown with host Alabama. The Alabama match will be broadcast on SEC Network+.