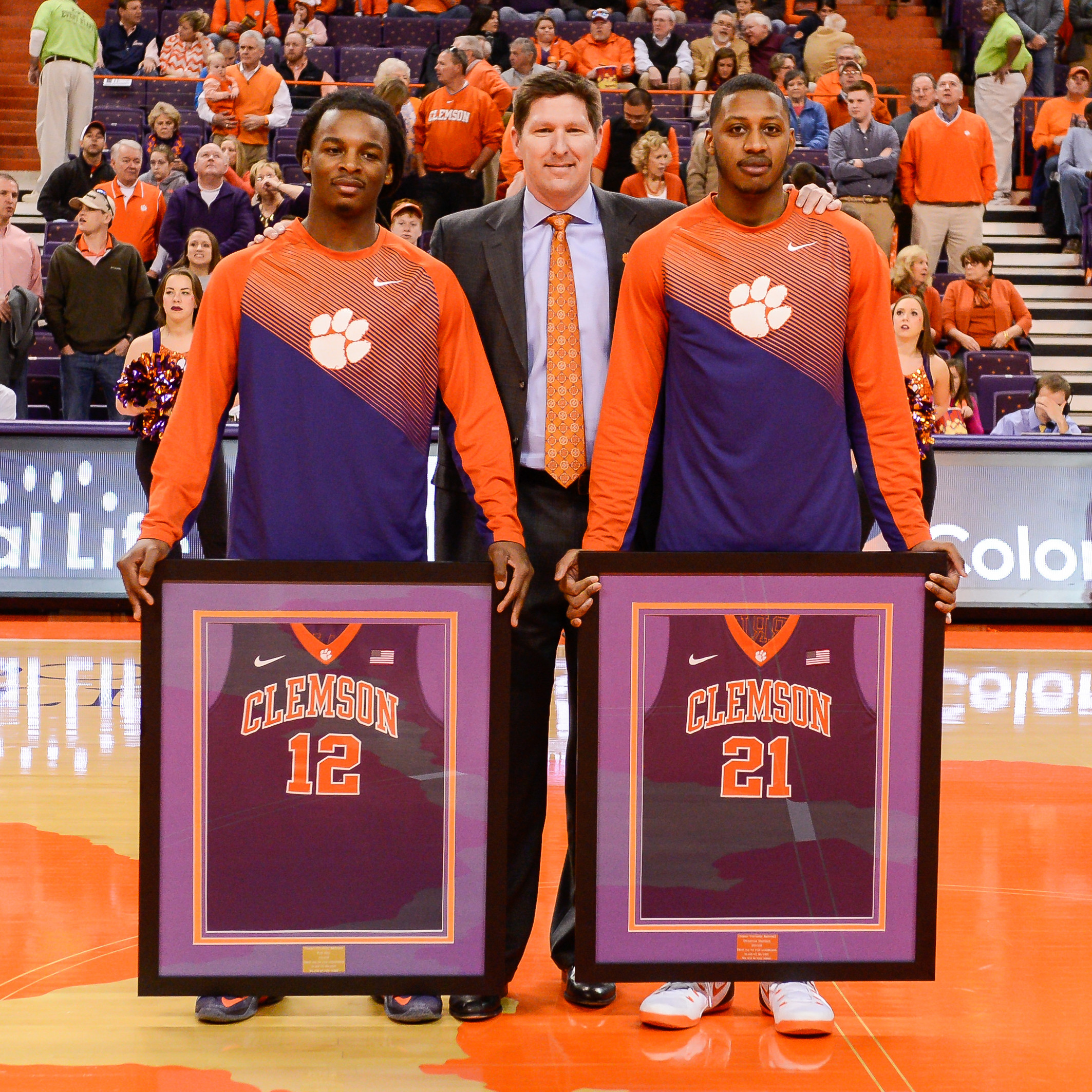 CLEMSON, S.C. — Senior guards Rod Hall and Damarcus Harrison capitalized on their day, as the Tigers held on to a 70-63 overtime victory over the Georgia Tech Yellow Jackets in Littlejohn Coliseum on Saturday. Hall and Harrison finished with 15 points apiece on Senior Day, one game earlier than its typical spot on the schedule.

Leading by as many as 23 in the first half, the Yellow Jackets fought back to force the extra period.  Down 60-54 with 57 seconds remaining in regulation, Marcus Georges-Hunt put back an offensive rebound and then intercepted an errant inbound pass, hitting another layup as he was fouled.  He missed the free throw, but another Tech offensive rebound led to two more points to tie the game at 60.

Hall attempted to drive on the final possession, but the ball was knocked away with three seconds left and a Tech heave at halfcourt fell just short as regulation expired. Hall had a message before overtime that the players took to heart.

“I was a little upset because I lost the ball,” Hall said. “I just told everybody to move on to the next play and take it one possession at a time.”

After a sluggish beginning to the overtime period, a deep Donte Grantham jumper followed by a pair of Hall free throws cemented the Tiger victory. With the game on the line, Clemson excelled from the charity stripe, connecting on 6-of-8 attempts to help avenge the loss to the Yellow Jackets in Atlanta just 13 days ago in the season.

Clemson staked an early lead, scoring the first eight points of the game following a Grantham layup and a pair of Harrison three-pointers. The Tigers mounted a 20-2 lead and would lead by as many as 23 in the opening half of play.

Jaron Blossomgame added a team-high 19 points and finished the game 7-of-11 from the field.

The NC State Wolfpack travel to town on Tuesday for a 9 p.m. tipoff in Littlejohn Coliseum, the final ACC game in Clemson’s home facility since 1968. The arena is scheduled to undergo a major rebuild beginning this spring.

[View the story “Clemson vs. Georgia Tech” on Storify]