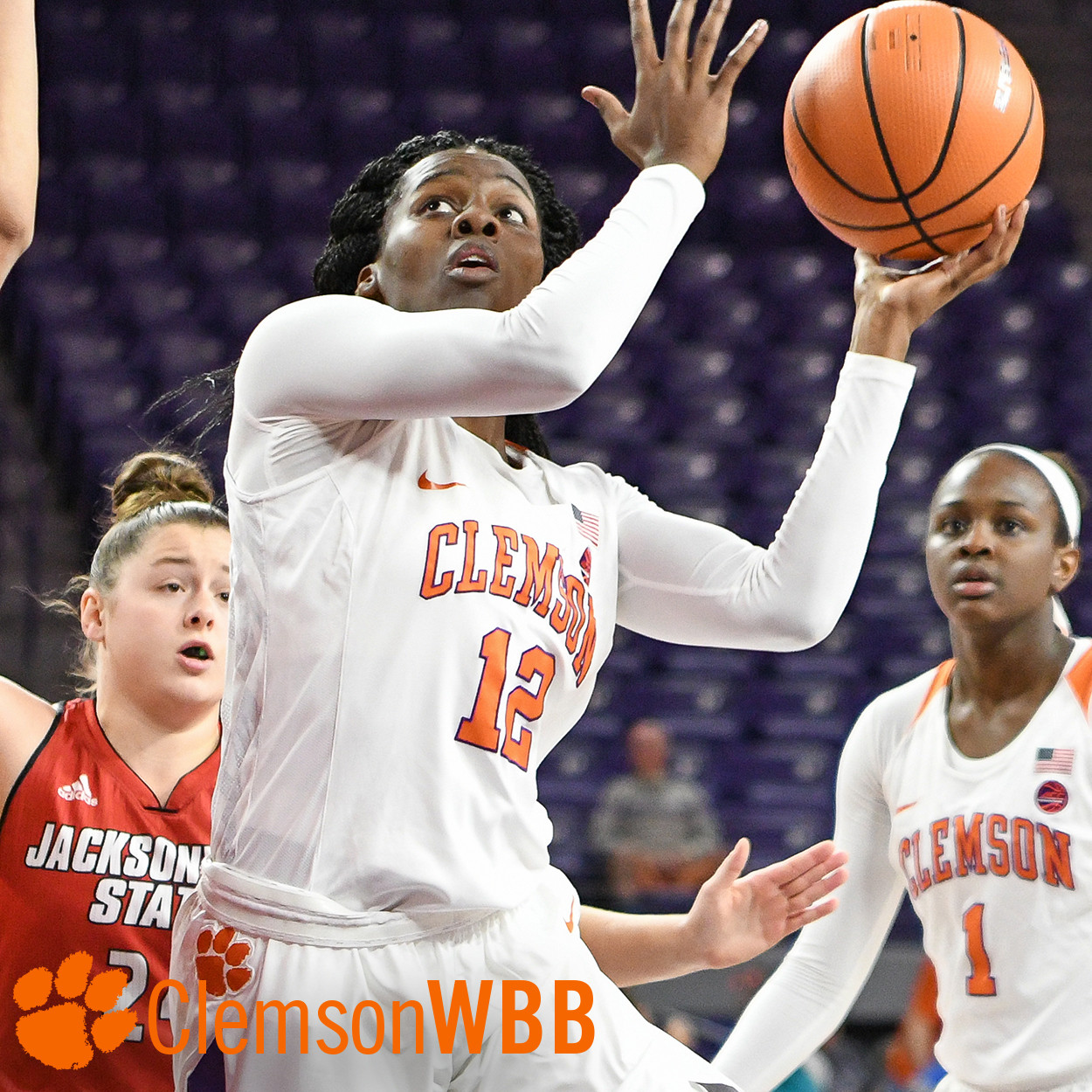 MIAMI, Fla. – In a battle of two of the top four scoring defenses in the nation, Central Arkansas came out on top on Wednesday afternoon, defeating the Clemson women’s basketball team 53-47 at the Ocean Bank Convocation Center in Miami, Fla. on Wednesday afternoon. With the loss, the Tigers’ first since Nov. 24, Clemson is now 9-3 on the season, while the Sugar Bears improve to 6-4.

Entering the game, Clemson was No. 3 in the nation in scoring defense (49.7) and Central Arkansas was No. 4 (51.2), but it was the Sugar Bears who started the game hot on offense, shooting 64.3% from field goal range to take a 20-14 lead at the end of the first quarter. The Clemson defense got things back on track in the second quarter, holding Central Arkansas to just four points on 2-for-9 from the floor and forcing six turnovers. Junior Aliyah Collier led the Tigers offensively in the first half with eight points.

Junior Danielle Edwards scored seven of Clemson’s nine points to open the third quarter, and the Tigers tied the game twice, but could not break through for the lead. Clemson fought on defense the remainder of the game, holding Central Arkansas without a field goal for the final 5:11, however the Sugar Bears made 5-for-6 free throws in the final 90 seconds to keep the game out of reach of the Tigers.

Collier finished the game with 16 points for the Tigers and Edwards had nine, while sophomore Kobi Thornton added eight points and nine rebounds. The Tigers had five blocked shots for the game, including two by freshman Tylar Bennett, who now has 27 for the season and ranks in the top three in the ACC in that category.

Clemson is right back in action on Thursday, Dec. 21 in its second game of the FIU Holiday Tournament. The Tigers face host FIU at 2 p.m. at Ocean Bank Convention Center.