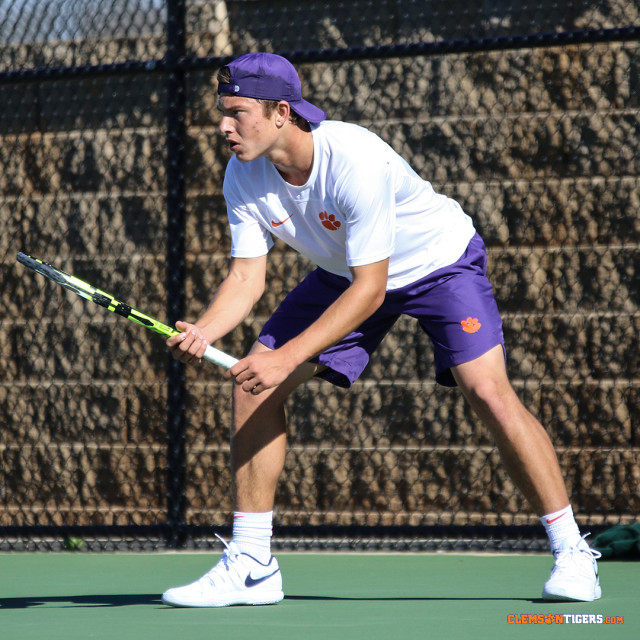 ASHEVILLE, N.C. – The Clemson men’s tennis team lost a 4-2 decision to UNC Asheville on Wednesday, March 21 in a match that was played at the Asheville Racquet Club in Asheville, N.C. With the loss, the Tigers drop to 7-3 overall while the Bulldogs improve to 5-8.

In doubles play, Cull and Patten of UNC Asheville were the first off with a 6-1 victory at No. 1 over Alex Favrot and Simon Baudry. Carols Kelaidis and Marshall Dagostine were impressive on court three with a 6-0 victroy to turn everyone’s attention to the decisive match on two. Colclough and Nolan defeated Sam Edwards and Yizhou Liu 6-4, taking the doubles point and the momentum into singles play.

Clemson returns to the courts and ACC action against Louisville on Friday, March 23. The first serve against the Cardinals is set for 3:30 p.m. at the Bass-Rudd Tennis Center in Louisville, Ky.

Asheville out fought us today. We have won some matches this year because of our toughness. Tight matches where we have found a way to pull through. I am disappointed because today that was not the case. We will take what we learned from this one and put it to use against Louisville. This was a wakeup call.