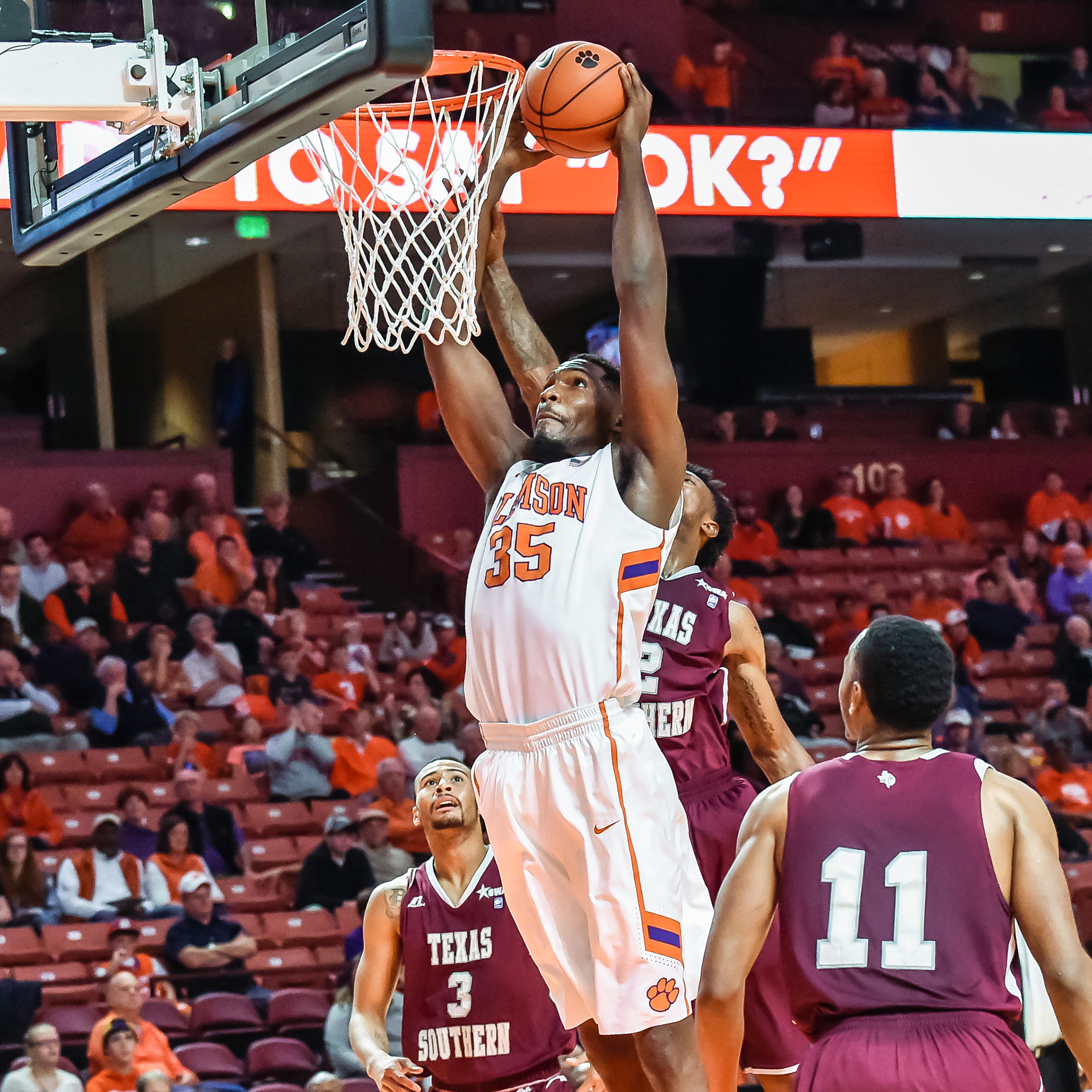 ATHENS, GA. — A quick start gave way to a frustrating finish for Clemson in its final non-conference game at Georgia on Tuesday, a 71-48 victory for the Bulldogs in Stegeman Coliseum. The win improved the Bulldogs to 6-3 on the season, while dropping the Tigers to 7-5.

A second consecutive first-half drought proved to be the difference for the Tigers. Clemson once led 13-5 but saw Georgia embark on a 23-3 run over a span of nearly 12 minutes. The Tigers did not make a field goal from the 11:15 mark until Gabe DeVoe put in a jumper as the first-half buzzer sounded. Clemson made just 19 percent of its attempts in the opening half of play.

Clemson’s shooting wasn’t much better in the second half, and the Tigers could not generate any positive momentum. Landry Nnoko was the lone bright spot, posting seven of his points after intermission. He finished as Clemson’s leader with 11 points and six rebounds.

The Bulldogs shot 52.1 percent, compared to Clemson’s 27.1. The Tigers’ shooting percentage was the program’s worst since a 25.4-percent clip in 2006 at Miami. The Tigers struggled from long distance, converting just 7-27 for a 26-percent mark. Charles Mann and Kenny Gaines combined for 35 points to lead Georgia.

The Tigers break for Christmas before returning to open ACC play against a top-10 North Carolina team in Chapel Hill on December 30. The two teams will tip off at 7 p.m. in the Smith Center on ESPN2.