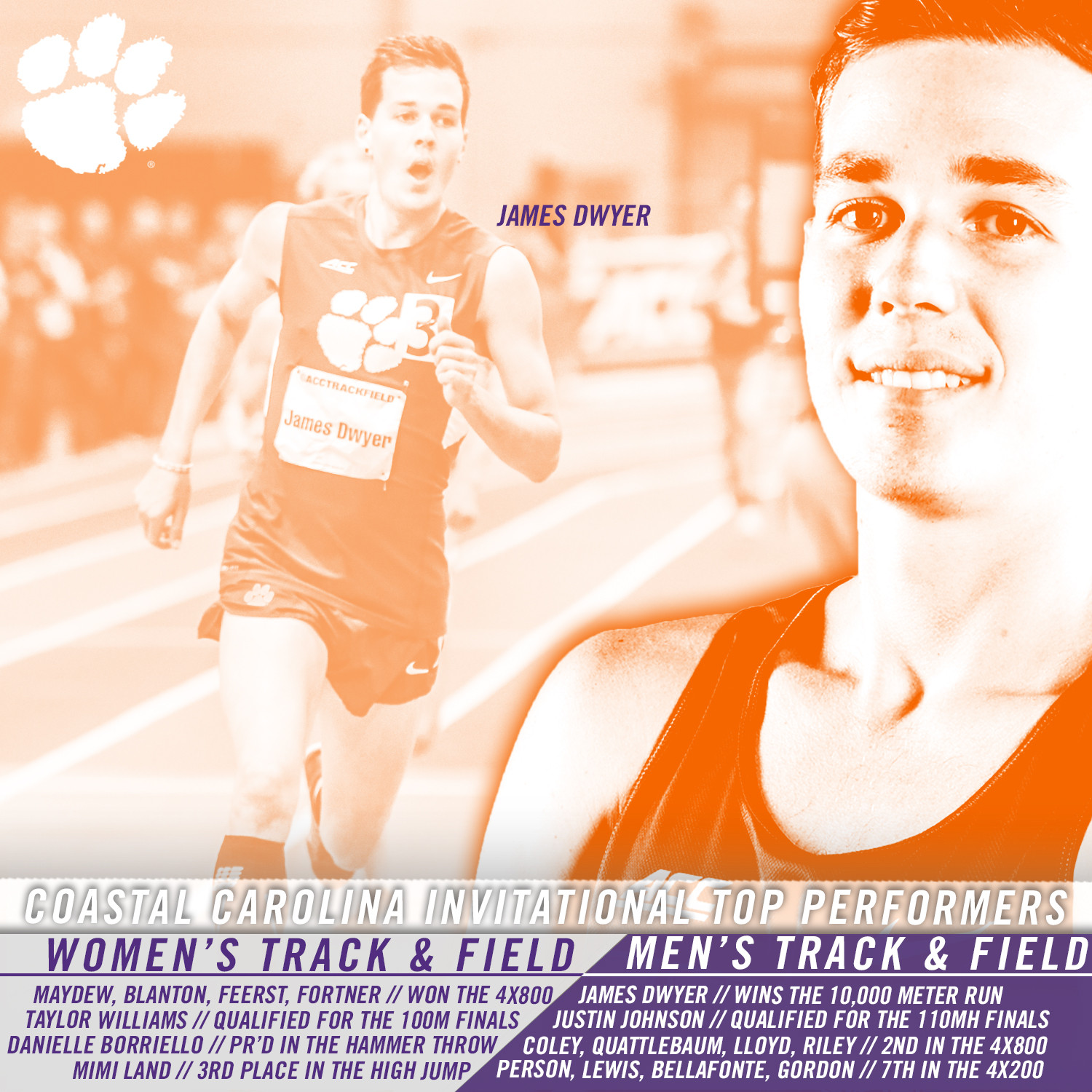 MYRTLE BEACH, S.C. – The Tigers kicked off their 2016 outdoor season at the Coastal Carolina Invitational this weekend with James Dwyer leading the way. The redshirt senior ran the first 10K of his career last night, clocking in at 31:15.90 to win the event.

In his 2016 debut, Justin Johnson qualified for the finals with a 14.16 in the 110 meter hurdles. The time stands as the third fastest time of the preliminaries. The men also found some success in the relays as well with Darron Coley, James Quattlebaum, Oliver Lloyd and Zachary Riley combining for a second place effort in the 4×800 meter relay with a time of 7:41.51. Dareyus Person, John Lewis, Jorel Bellafonte and Deron Gordon all ran the 4×200 meter relay in 1:27.26 to take seventh place.

The women saw similar success in the relays as Dana Maydew. Brianna Blanton, Brianna Feerst and Katie Fortner won the 4×800 meter relay at 9:02.81. After Taylor Williams qualified for the finals with the third fastest time in the 100 meter dash preliminaries at 11.72, she came back to run the first leg of the 4×200 meter relay. Olivia James, Ebony Williams and Markeeta Thomas joined her in the race to finish with a time of 1:36.57 to take fourth overall.

In the field, Mimi Land placed third in the high jump with a height of 5-7 and Danielle Borriello threw a personal best, 162-11 in the hammer throw to take seventh place.

Clemson will finish the outdoor opener tomorrow in Myrtle Beach at 9:00 a.m.