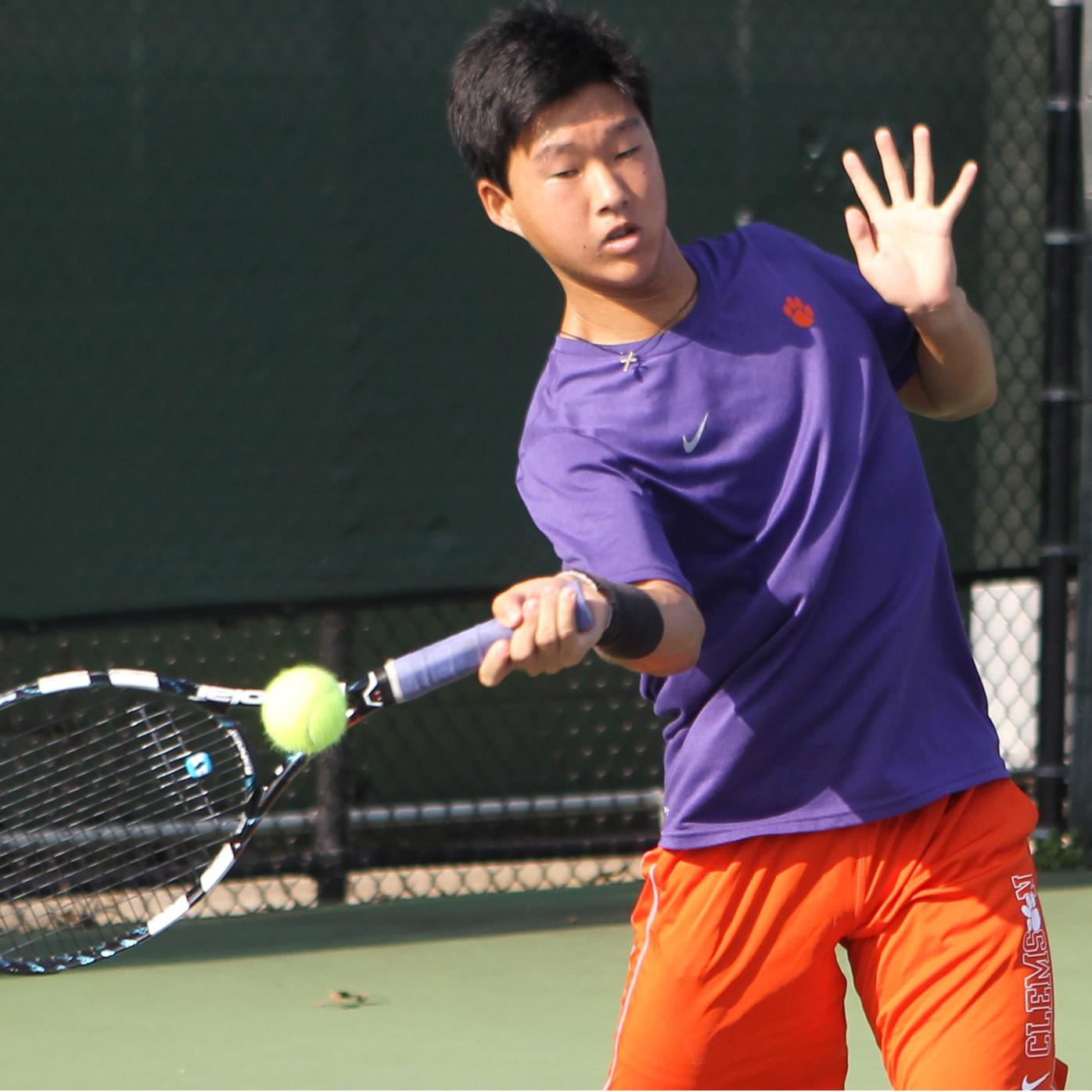 ATHENS, Ga. – The Clemson men’s tennis team officially started the 2014-15 season this past weekend in Athens, Ga. at the Southern Intercollegiate Championships. The Tigers won a total of 14 singles matches on the weekend.

Sophomore Christian Harris highlighted the weekend by winning the Division III Singles title on Monday. Harris battled back in the finals after losing the first set to win the match over Baker Newman from Vanderbilt. The sophomore from Hilton Head, S.C. won a total of four matches en route to the title. Sophomores Fernando Sala and Daniel Strawn reached the quarterfinals of the Div. III Singles draw.

In the Division II Singles draw, Tiger newcomers freshman Hampton Drake and University of Washington transfer Daffra Sanon started their Clemson careers successfully, combining for a 7-2 record on the weekend. Drake advanced to the semifinal round of the Division II Singles bracket before bowing out after a series of tiebreakers against Michael Kay of Georgia Tech, while Sanon reached the quarterfinals before falling to Peter Bertran of Georgia.

In the Division I Singles bracket, junior Austin Ansari won his first round match over Andrew Dromsky of Tennessee before falling to Wayne Montgomery of Georgia, the eventual singles champion of the tournament. In the consolation bracket, junior Luke Johnson was victorious over Florian Nicoud of Virginia Tech on Sunday.

The Tigers are back in action on Friday, Sept. 26 at the Saint Francis Health System ITA Men’s All-American Championships in Tulsa, Okla. The pre-qualification rounds begin on Sept. 26, and the tournament runs through Monday, Oct. 6.