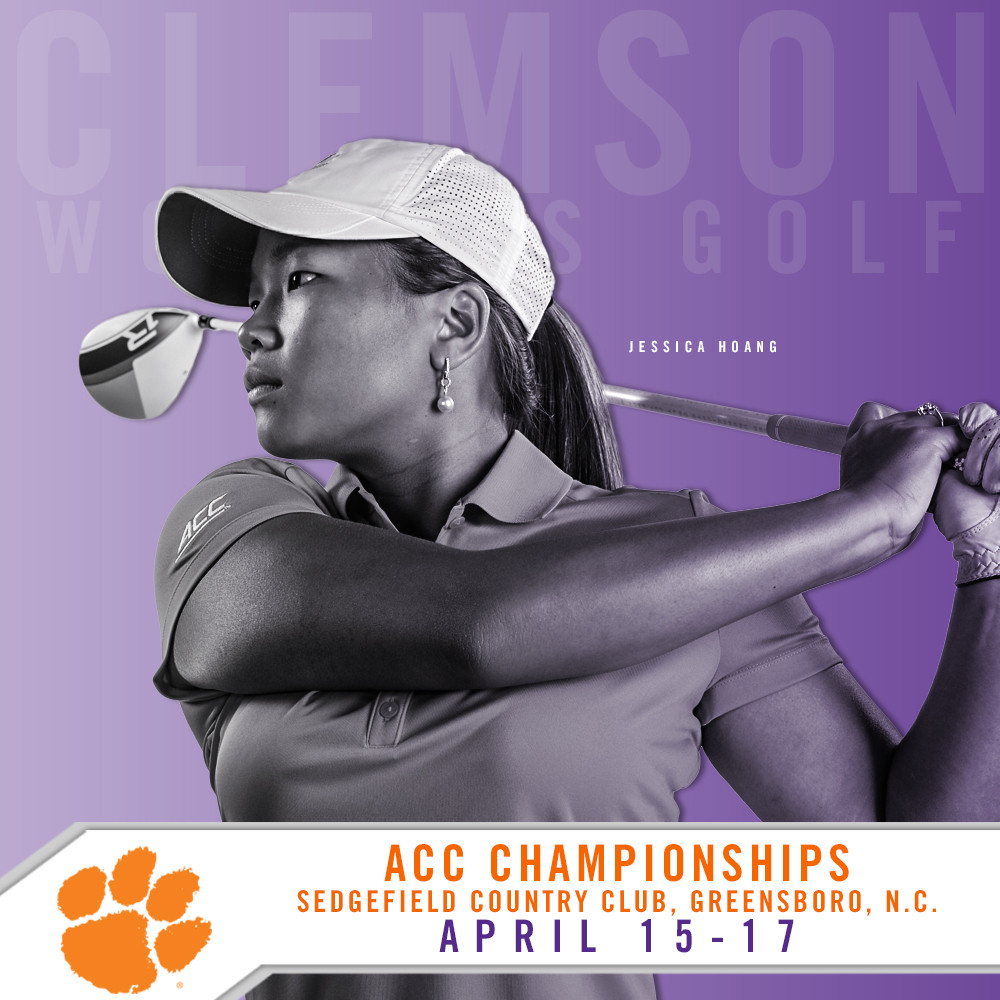 Clemson, S.C—Head Coach J.T. Horton will take two freshmen, two sophomores and a junior to the Atlantic Coast Conference Women’s Golf Championships this weekend at Sedgefield Golf Club in Greensboro, N.C.   The 12 teams will play 18 holes a day Friday-Sunday, April 15-17 at the course that is the home of the PGA Tour’s Wyndham Championship.

Another strong field will compete for the ACC title as 10 of the 12 teams, including Clemson, are ranked in the top 50 of the latest Golfweek/Sagarin rankings.  Ten of the top 75 players in the nation according to Golfweek are in the field of 60 golfers.

Clemson will be led by a pair  of freshmen, Lauren Stephenson of Lexington, S.C. and Alice Hewson of the United Kingdom. Both ladies have played in all eight tournaments, 24 rounds, 432 holes and taken 1751 strokes for a 72.96 average.  They are  tied for 76th in the nation in stroke average by Golfstat.   Stephenson is ranked 17th in the latest World Amateur Rankings by Golfweek.

Clemson’s lineup also includes sophomore Marisa Messana, Clemson’s top player at the 2015 ACC Tournament with a three-over-par 219 score and 21st place finish.  Jessica Hoang, who will be playing in her third ACC Tournament as a junior, and sophomore Sydney Legacy, round out the Clemson lineup.

J.T. Horton’s Tigers are ranked No. 47 in the nation according to Golfweek and No. 48 by Golfstat. Duke is the favorite with No. 5 national team ranking. There are 10 players in the field ranked in the top 75 in the nation according to Golfweek.  Duke (four) and Clemson (two) are the only teams in the field with at least two top 75 ranked players.

Unlike last year, Horton’s team has a winning record entering the ACC Tournament (73-52-2) and is in good shape to get an NCAA Tournament bid for the second time in three years.  The Tigers have finished in the top five in five of their eight events so far, including a No. 2 finish at Yale and a No. 3 finish at Briar’s Creek.  The team is coming off a fifth-place finish out of 14 teams at the Clemson Invitational at The Reserve at Lake Keowee two weeks ago.

Tee Times:  Clemson begins play at 8:00 a.m. on Friday and will play with Boston College and Virginia Tech.  Tee times on Saturday and Sunday will be based on previous performance. 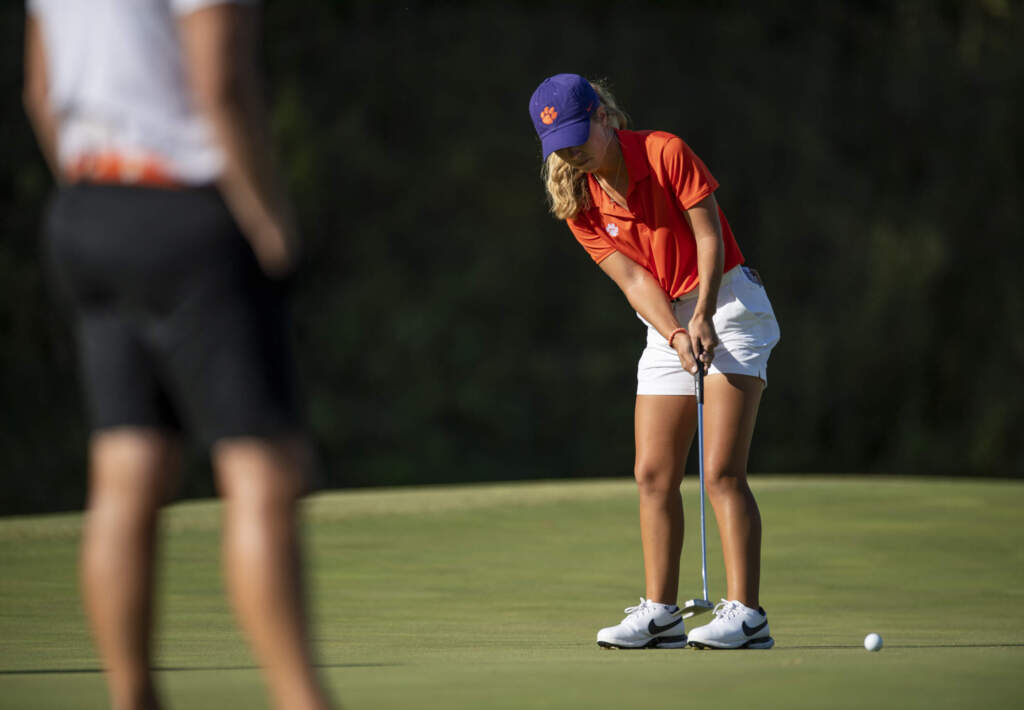