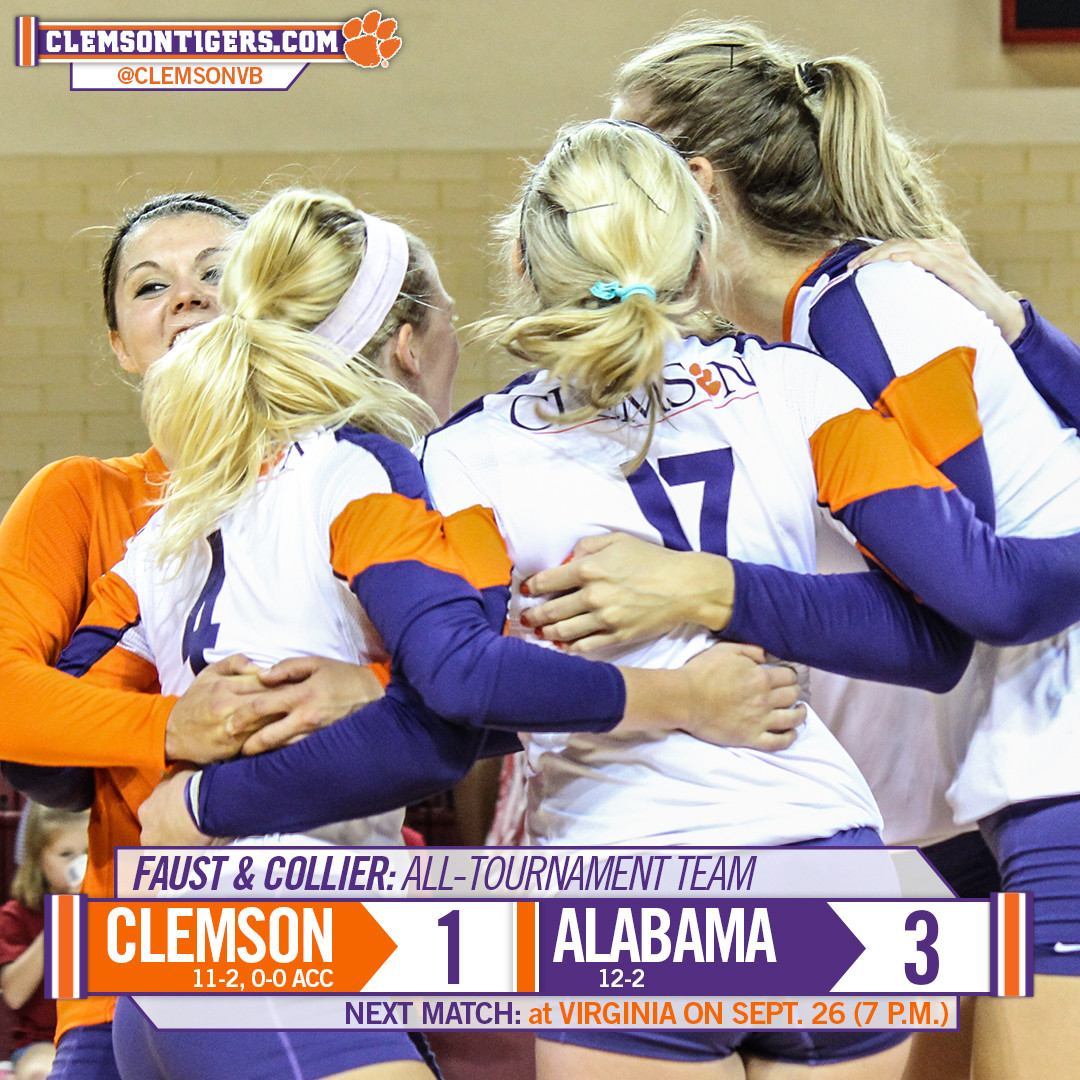 Seniors Niki Collier and Kristin Faust earned All-Tournament nods in the effort. Faust finished the three matches with 32 total kills and 29 digs, while Collier had 40 digs (4.0 per set) and 15 assists at libero.

The Tide took a 2-0 lead in what became the championship match after both teams won their first two in the tournament. The Tigers struck back to win the third set to win handily, 25-13, but the Crimson Tide took the fourth to defeat the Tigers for a second straight season.

Alabama All-American Krystal Rivers had 22 kills in 44 swings, and was named the Tournament MVP.

Clemson outsides Leah Perri and Faust had 13 and 14 kills, respectively, in the match, coming after slow offensive days in the first match of the day.

The Tigers will open conference play next Friday at Virginia at 7 p.m. After playing 13 matches in the first 21 days of the season, the Tigers will have just one match over the next 13 days.

Clemson 3, FIU 0Aggressive serving and a big showing from the front line was the deciding factor in Clemson’s 25-14, 25-18, 25-19 sweep of FIU (3-10) in the second match of the Crimson-White Tournament on Saturday afternoon. The Tigers improve to 11-1 ahead of Saturday night’s showdown with Alabama in the Foster Auditorium at 8 p.m. eastern.

Right side Haleigh Hampton and middles Karis Watson and Beta Dumancic combined for 19 kills and just four errors with eight combined blocks. Collier led the service game with four aces, and added 12 digs and seven assists to boot. Overall, Clemson finished with nine aces against the Panthers, with the Tigers improving to 2-3 all-time in the series.

Leah Perri paced all players with 10 kills, while Kristin Faust added nine. Freshman setter Kate Federico had 26 assists and a team-high 13 digs to go with a pair of aces.