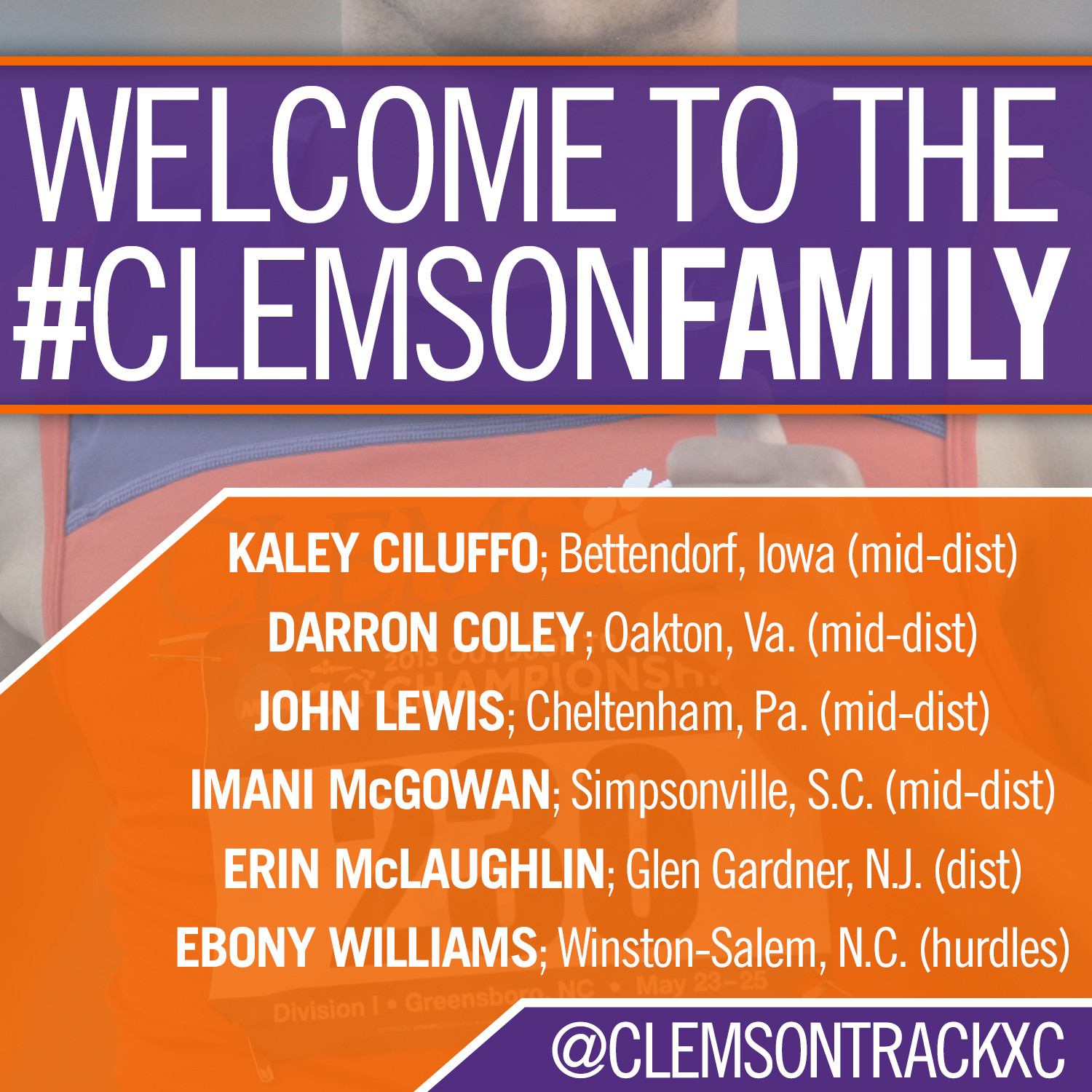 “Coupled with our current freshmen and now this year’s group, we have signed some strong kids,” Elliott said. “We’ll lose Natoya Goule at the end of the season, so it’s crucial to sign someone of Kaley’s caliber in the 800. She’s a big-time signee for us. So is John Lewis on the men’s side, with his versatility in the 800 and 400 hurdles. We’re just as an excited to have him.

“The recruiting shows the hard work our coaches have put in. every member of our staff did their job and brought recruits in from different areas. Now we’ve got to show it on the track. Our performances on the track will make Clemson an easier sell for us, because it’s a pretty good sell already with its academic excellence and the tradition of our program.”

Elliott: “We’ll lose Natoya Goule at the end of the season, so it’s crucial to sign someone like Kaley. It’s important to keep that area strong for us. She has the ability to be a national qualifier in the 800, with range to be one of the best milers in the country. She was third last season at the USA Juniors. She’s a big-time signee for us.”

Elliott: “Darron is a young man whose coach and parents sent video to us. The moment I saw it, he’s a diamond in the rough who could develop. I think he possesses the ability to be good.”

Elliott: “John Lewis’ time in the 800 and 400 hurdles, he’s a kid with a wide range. He’s inexperienced in the 800, but has run one of the top times in the country. We’re just as excited to have him. He’ll have another immediate impact on our team.”

Elliott’s take: “Imani McGowan is a state champion. It’s always great to keep them close to home. Plus, her dad ran for Clemson so we know she’ll be invested.”

Elliott: “Erin McLaughlin will be a great addition to our nucleus. She has times similar to Grace Barnett coming out of high school. Getting an athlete with her ability will continue to build our distance and cross country program even more.”

Elliott: “It’s great to know we can still attract a hurdler of Ebony’s caliber. That’s an area we really need help in. She’s another kid that can have that immediate type of impact.”