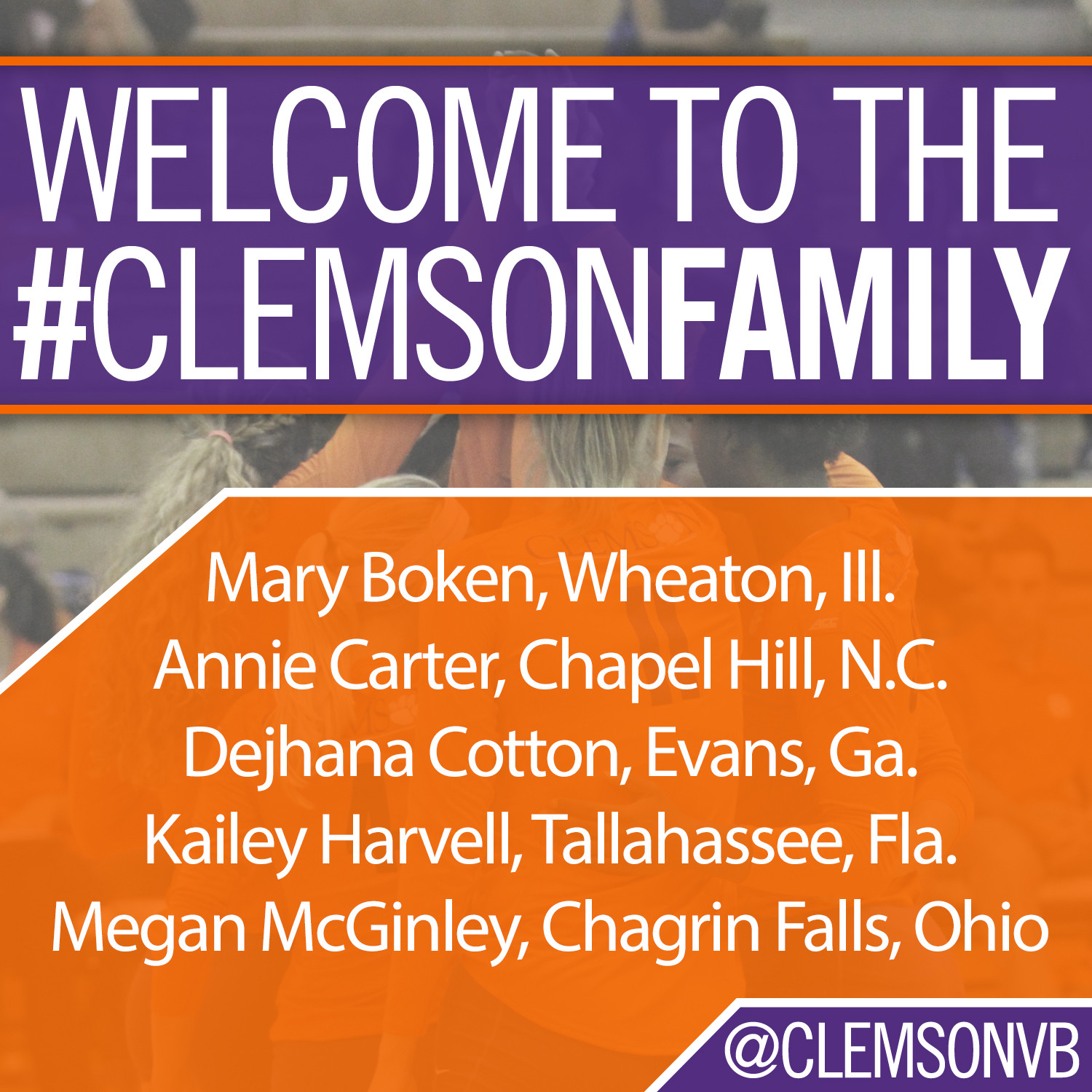 “Our 2015 class is a very balanced and talented class, and we are thrilled to announce our new Tigers signing today!” said Hoover. “We have a very strong class offensively, and feel that these players can make a huge impact as freshmen next fall.”

“Kailey and Annie are both six rotation outside hitters, with Kailey also having experience in the middle. Both are strong offensively and can also carry the passing load. Mary has experience playing outside, middle and rightside, which will be great to add that versatility to our team. Dejhana and Megan both play middle, which will be an immediate need for our team with the graduation of our two senior middles.”

Boken, a 6-2 versatile player from Wheaton, Ill., is a team captain and four-year starter at St. Francis High School. She had 195 kills and 64 blocks for her senior season as of her team’s sectional tournament. Boken was an all-conference award winner and a member of the DuPage County all-area team, as well as a Daily Herald Prep Sports Excellence finalist.

A 6-1 outside hitter and four-year starter at East Chapel Hill High School, Carter led the PAC-6 conference with 411 kills her senior season. She also hit .365 on the season and posted 313 digs and 36 aces. She earned all-conference honors all four years of high school, and was conference player of the year as a senior. She is ranked among the top 125 recruits in the country according to Prep Volleyball and was also a part of the association’s Senior Aces Class of 2015.

Cotton is a 6-0 middle from Greenbrier High School in Evans, Ga. She earned all-region honors as a sophomore, junior and senior in high school, and was Area 2-AAAAA Player of the Year as a sophomore. She was captain of her high school team as a senior, and led her team with 55 blocks and also had 105 kills on the year.

Harvell had 495 kills, 285 digs, 56 blocks and 55 aces midway through the playoffs of her senior season at Chiles High School in Tallahassee. The 5-11 outside hitter was a team captain her junior and senior years of high school and is her high school’s career leader in both kills and blocks and ranks third in digs. She was a member of the Florida High Performance Team and was named 7A-1 Player of the Year in 2013.