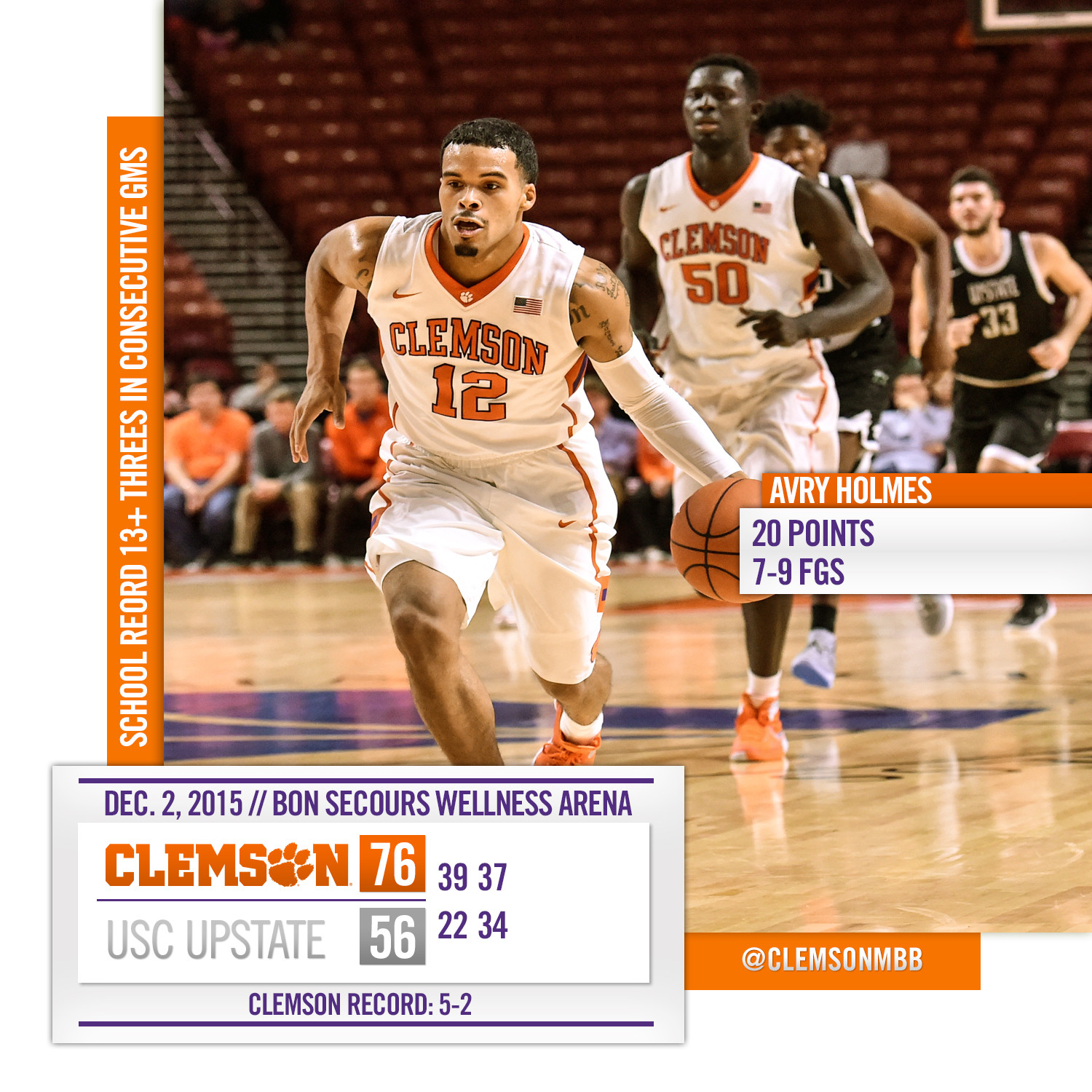 CLEMSON, S.C. — The hot outside shooting continued for the Clemson men’s basketball team on Wednesday, as the Tigers bounced back from Monday’s defeat to earn a 76-56 victory over USC Upstate in Bon Secours Wellness Arena. The win moved the Tigers to 5-2 on the season, while dropping the Spartans to 1-8.

“That was a good performance by our guys, considering the short turnaround,” said head coach Brad Brownell. “I thought our guys showed great energy and focus after not practicing yesterday due to the late arrival back from Minnesota.”

Clemson set a school record with a second straight game with at least 13 three-point goals. After making 14 against Minnesota in Monday’s Big Ten/ACC Challenge, the Tigers canned 13 in 29 attempts Wednesday. Avry Holmes connected on 3-4 and scored a season-best 20 points, his high total in seven games as a Tiger. He also contributed six assists with no turnovers. He received some help in the form of freshman Ty Hudson, who also posted a season high with 11 points. Hudson drained 3-6 from long distance.

With the Tigers up just four at 14-10 almost at the midway point of the first half, Hudson uncorked three consecutive trifectas against Upstate’s zone. The third gave the Tigers their first double-digit lead, and Upstate would only pull within single digits once the rest of the contest.

Legend Robertin played Wednesday after becoming eligible for the first time upon transferring from Chipola Junior College. The 7-footer from London, England scored four points, including two on a thunderous dunk off a nifty assist from Holmes.

The Tigers continue a five-game homestand on Sunday, December 6 when Wofford comes to Bon Secours Wellness Arena. The two teams face off at 2 p.m. Tickets are available by calling 1-800-CLEMSON or by visiting ClemsonTigers.com.