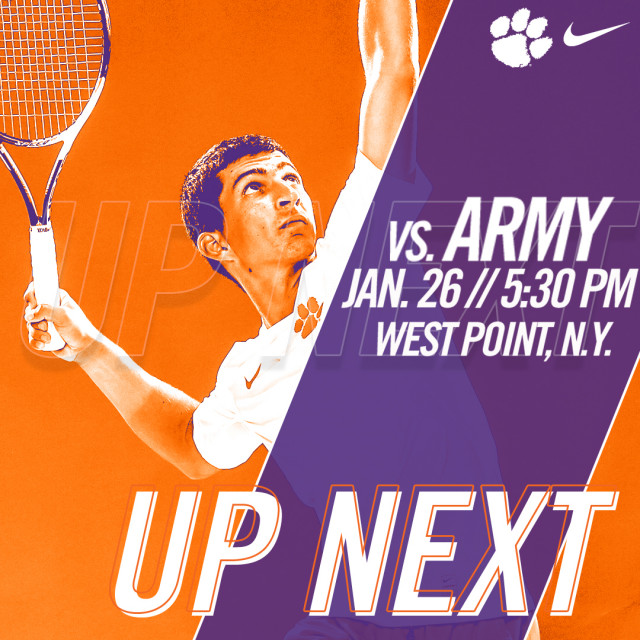 Tigers Set to Face Army and Binghamton This Weekend

– Clemson was edged out by Charlotte last Sunday, 4-3, in a third-set tiebreak.

– Two Tigers are ranked in the ITA singles rankings released on Nov. 15., 2017. Alex Favrotis 47th and sophomore transfer Simon Baudry is 91st. The two teamed up and advanced to the Round of 16 at the Oracle ITA Fall National Championship.

– The Tigers opened the 2018 season on Jan. 13 with a win over Presbyterian College (6-1) at Furman’s Michel Tennis Center in Greenville, S.C.

– Freshman, Yizhou Liu earned a win at No. 5 singles in his collegiate debut.

– The Black Knights finished 2016 and 2017 as the Patriot League Conference Champions.

– The Bearcats opened the season with a 7-0 loss to Dartmouth on Saturday, Jan. 20.

– Inigo Saez is the top returner for Binghamton from last season.

– This is the first time the Tigers and Bearcats will meet in program history.