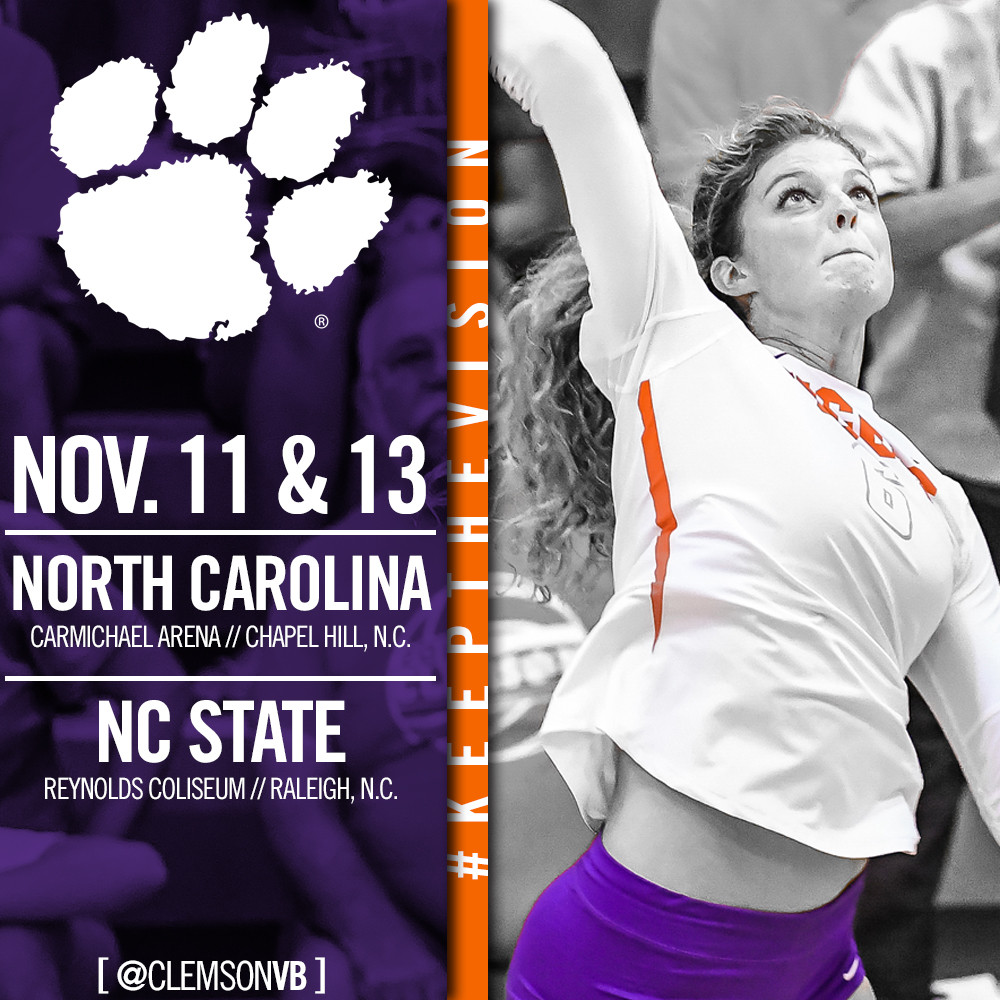 The Tigers are coming off a tough, 3-1 loss to Virginia Tech in which Leah Perri enjoyed her best performance of conference play. The senior pin hitter from Richland, Michigan used 19 kills to fuel a .326 hitting percentage, complemented by 14 digs and three blocks. The match marked Perri’s 21st match of the year in which she registered 10 kills or more as well as her ninth double-double of the season. She currently ranks sixth in the ACC in both, kill as kills per set as she has 352 kills this season with a 3.63 kills per set average. She remains one of the top point scorers in the conference as well, averaging 4.15 points per set to rank fourth in the ACC with 403 points, ranking her sixth in the conference.

Keely Hayes joined Perri, earning her fourth double-double with 21 assists and 13 digs in a 6-2 offense. Freshman libero, Emily Curtis was the third Tiger to finish with double-digit digs as she earned 16 on the afternoon, giving her 13 matches this season with 10 digs or more.

Opponents have struggled to limit Megan McGinley in the middle as the sophomore has swung a hot hand over the course of her last seven matches. The Chagrin Falls, Ohio native has swung her way to a .287 hitting percentage with 45 kills in that stretch. She has registered seven kills or more in five of the last seven contests, hitting .333 or better in four of them as well.