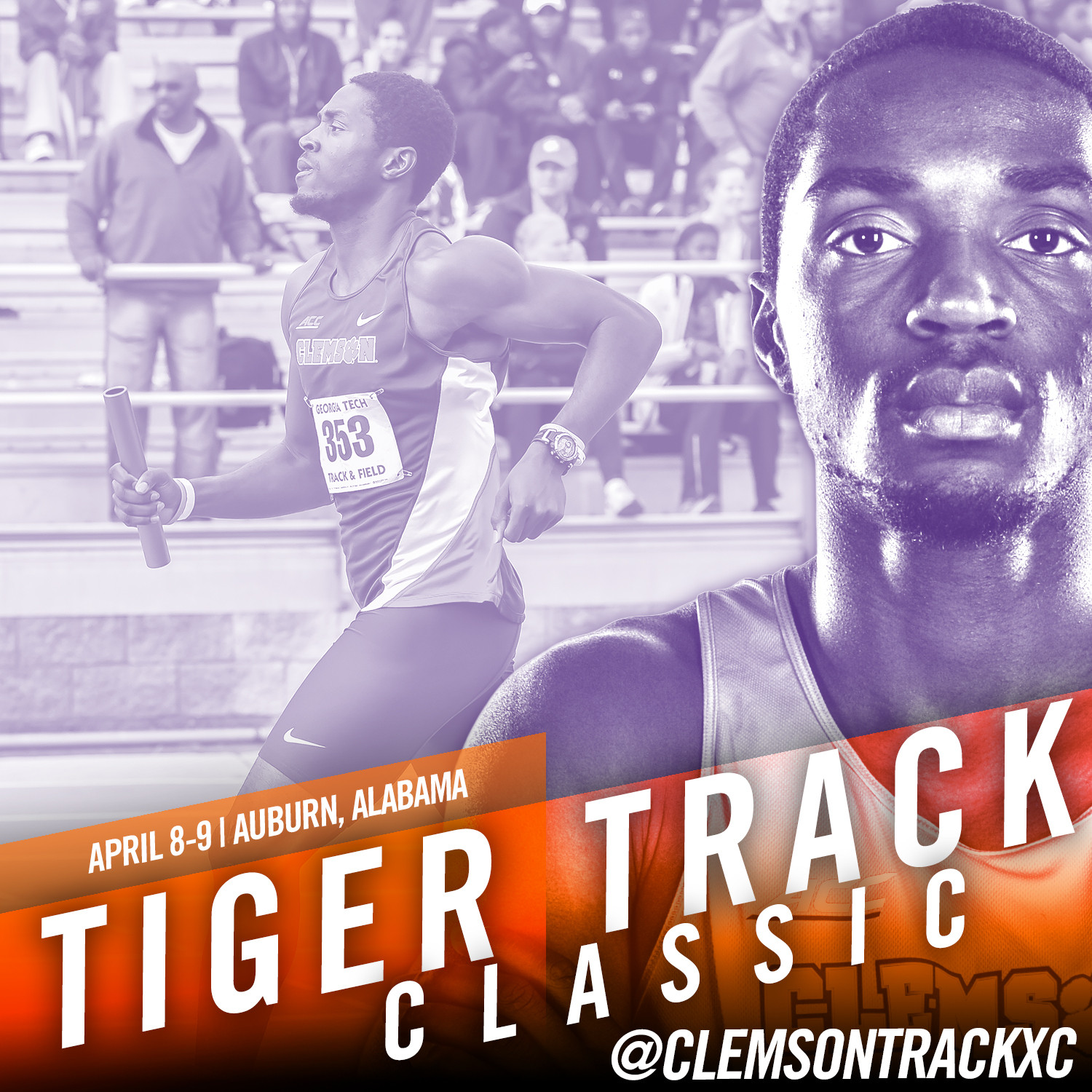 CLEMSON, S.C. – Fresh off the Texas Relays in which Tigers turned in a number of high caliber efforts on one of the nation’s biggest stages in all of track and field, Clemson will head to Auburn, Alabama for the Tiger Track Classic this weekend. The Tigers will be one-of-20 teams competing in the meet taking place on Friday, April 8 through Saturday, April 9.

Friday’s competition will be a quick one as the first day will begin at 2:00 p.m., and only include the hammer throw, javelin, triple jump and the 5,000 meter run. The rest of the events are slated for Saturday with the first event scheduled to kick off at 10:30 a.m., and the last event set for 6:30 p.m.

Last week Tevin Hester was the talk of the Texas Relays when he went sub-10 in the 100 meter dash finals. The senior clocked in at 9.99 with a wind-aided +3.0 meters per second tailwind to win the race and record his second best all-conditions performance. On the women’s side, Taylor Williams continued her breakthrough outdoor campaign running a personal best, wind-legal, 11.60 to take third overall in the 100 meter dash.

The story for the women however was the two first place performance by its relay teams led by Brianna Blanton, Imani McGowan and Ersula Farrow. On Friday night, the three ran the meet’s fastest time with Kaley Ciluffo as their anchor, clocking in at 11:28.23 to take the program outdoor record by nearly 20 seconds. The time was a full 17 seconds faster than the second place Texas A&M.

The next day, McGowan, Blanton, Farrow and Tanisha Coppin ran the second fastest time in Clemson history to win the 4×800 meter relay at 8:45.10. The two performances add to Blanton’s breakthrough season as the redshirt senior has already ran personal bests in the 800 meter run and the mile this outdoor season. She enters this weekend’s meet looking to better her 800m time that currently ranks 18th in the east region and 33rd in the country.