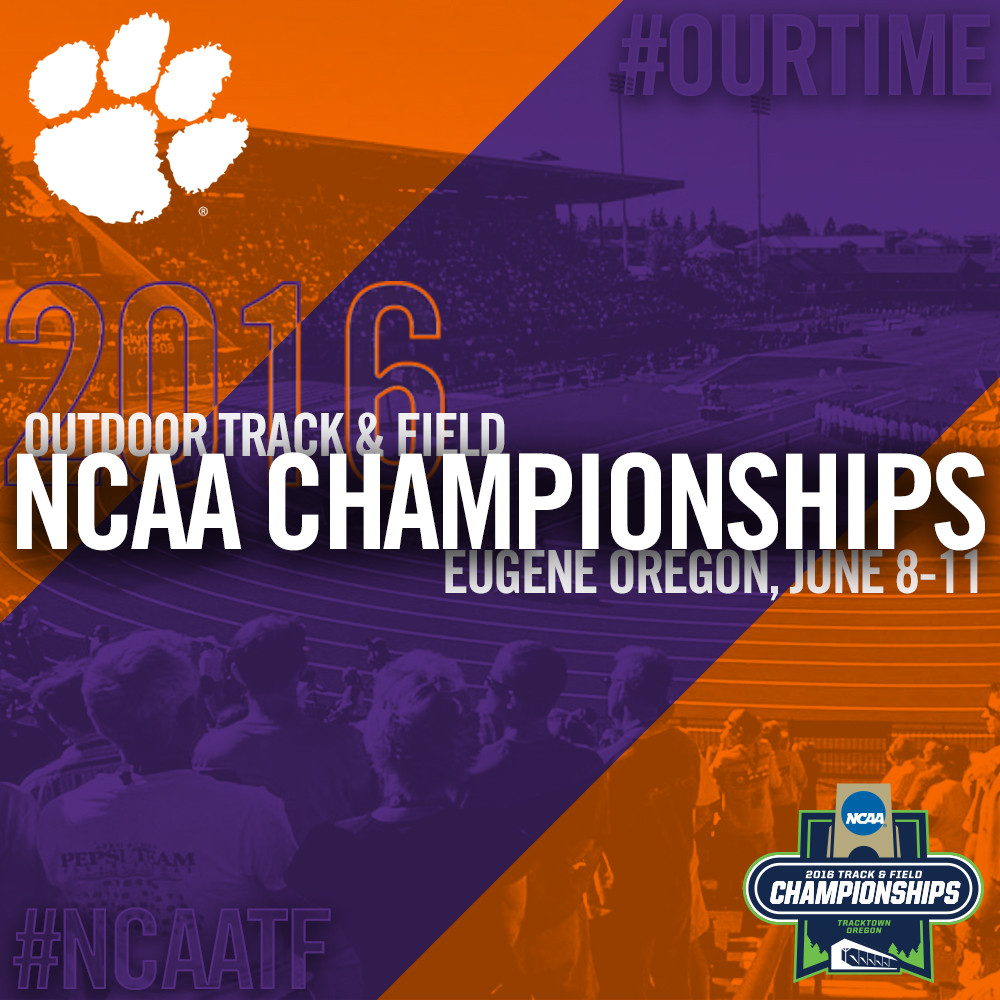 Tigers Set For One Final Test

EUGENE, Ore. – Wednesday evening marks the start of the 2016 Outdoor NCAA Championships in Eugene, Oregon at Hayward Field. Clemson will send four individuals and two relay teams to compete over the course of eight events. The championship meet will begin on Wednesday, June 8 and events will run through Saturday, June 11.

Tevin  Hester and the men’s 4×400 meter relay team will kick off opening day for the Tigers in the semifinals of their respective events on Wednesday evening. Hester enters the meet as the No. 2 seed in the 100 meter dash and the No. 3 seed in the 200 meter dash. The 100m is scheduled for 8:46 p.m. EST and the 200m will commence at 9:44 p.m. EST. Cordell Lamb, Michael Cheeks, Jorel Bellafonte and Jeffrey Green are scheduled to close opening day with the men’s 4×400 meter relay at 10:48 p.m., EST.

On Thursday, Mimi Land and the women’s 4×100 meter relay team are slated to compete. Land is Clemson’s first competitor of the day at 9:00 p.m. EST in the long jump finals and Torie Robinson, Deja Parrish, Ranee Ricketts and Taylor Williams will finish the night in the 4x100m relay semifinal at 10:48 p.m. EST.

It’ll be up to the women to send the Tigers off with a bang as Mimi Land will be back for her second final along with Anasterasia Terrell and the women’s 4x100m relay team if it qualifies on Thursday. Land will be Clemson’s first competitor at 6:00 p.m. EST in the high jump and Terrell will soon follow at 6:30 p.m. EST in the triple jump. The women’s 4x100m relay final is scheduled for 8:51 p.m. EST.