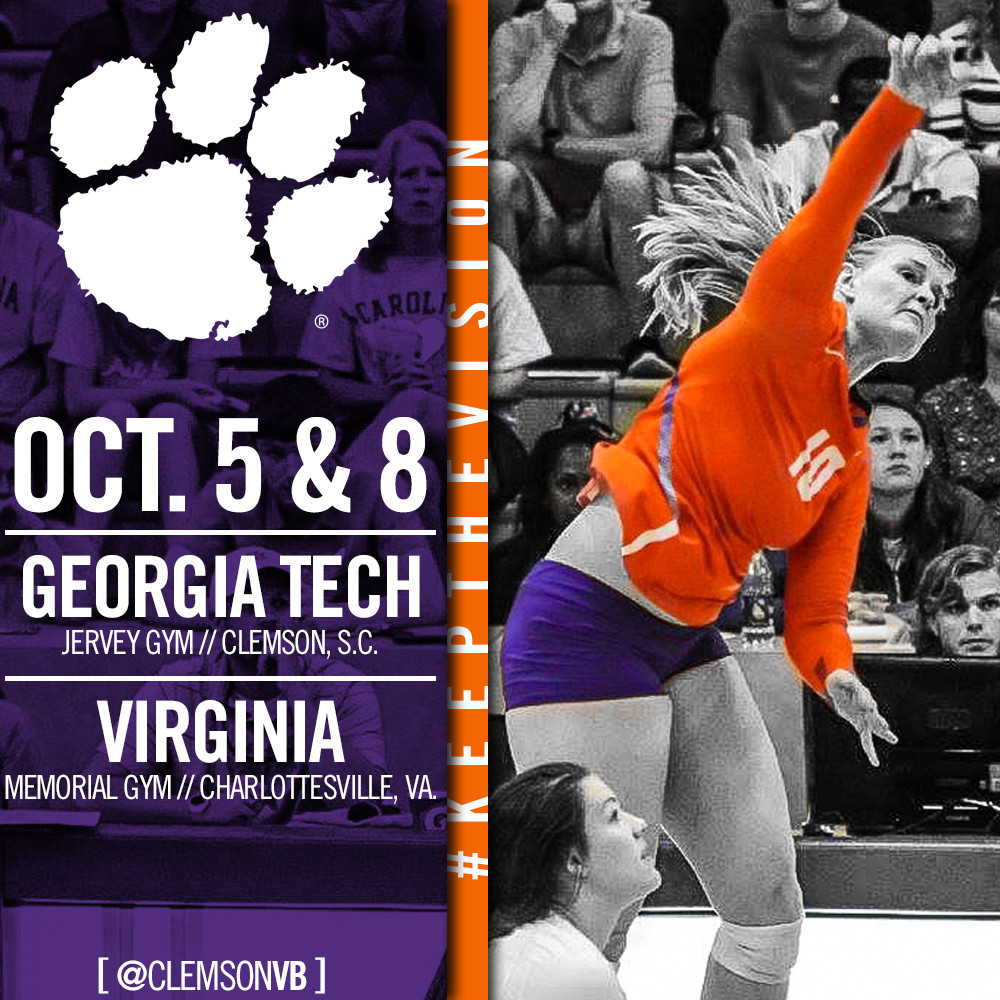 CLEMSON, S.C. – Following their best match of conference play, the Tigers (5-11, 0-4 ACC) now await Georgia Tech (11-5, 2-2 ACC) as the Yellow Jackets come to Jervey Gym on Wednesday, October 5 for a 7:00 p.m., matchup. The meeting is Clemson’s only home match of the week, however it’s not its only contest as the Tigers will take on Virginia in Charlottesville, Virginia at 7:00 p.m., on Saturday, October 8.

The last time Georgia Tech and Clemson met, the match was a historic one for the Tigers as Hugh Hernesman earned his first ACC victory and it was the first time Clemson won in Georgia Tech’s O’Keefe Gym since 2011. The Tigers defeated the Yellow Jackets in four sets (30-28, 25-21, 16-25, 25-20) while Leah Perri and Keelie Arneson both achieved career milestones. Perri earned her 1,000th career kill in her 20-kill, 19-dig effort and Arneson registered 31 digs to break into the NCAA list of top 10 career dig leaders.

Clemson is coming off of its best offensive effort in conference play as the Tigers nearly took No. 10 North Carolina to five sets on Sunday afternoon. Taylor Daniel set Megan McGinley to 13 kills on 20 swings with just one error for a .600 hitting percentage to complement her four blocks against the Tar Heels. Perri and Kailey Harvell each finished with double-doubles as the duo combined for 24 kills. Perri finished with 12 kills and 12 digs while Harvell hit .280 on the afternoon with 12 kills and 11 digs.

Seniors, Perri and Sydney Moseley continue to lead Clemson’s serving efforts as the Tigers are still the third most dangerous serving team in the conference with a 1.43 service aces per set average and 90 total on the season. Perri leads Clemson with 19 to her credit and Moseley is not far behind with 17. Harvell, Hayes and Ally Gamble all have 10 or more aces as well.