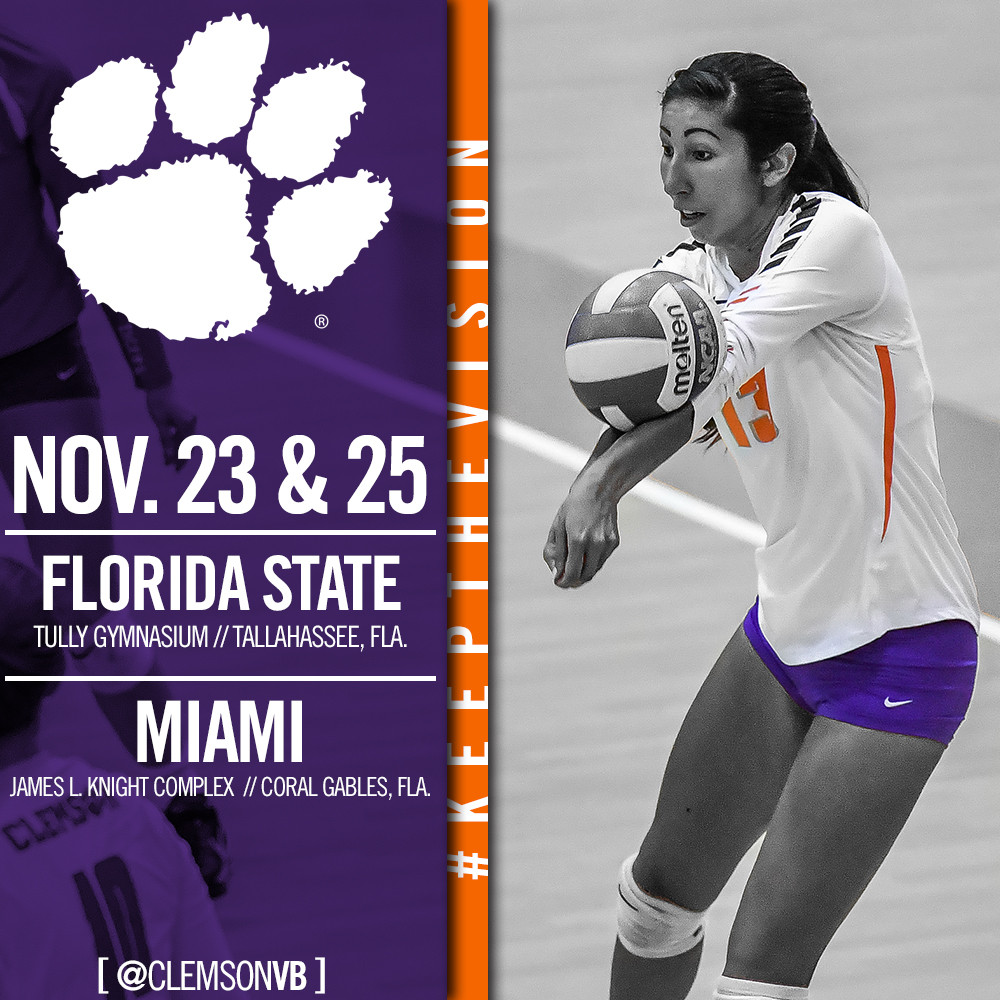 Perri has developed into a complete player over the course of the last two seasons with 391 kills and a career-best 258 digs in her season. Last season was her first year competing as a six-rotation player and she registered 412 kills and 213 digs. Her serve has also taken lead as she has topped last year’s career best total of 17 service aces with 22 this season. Of Clemson’s 30 matches, Perri has 10 kills or more in 22 of them and 10 digs or more in 11 matches. She’s also earned nine double-doubles in her final season as a Tiger. She goes down as one of Clemson’s all-time greats with 1456 career kills, placing her 10th in program history among career kill leaders.

Moseley leads Clemson’s serving efforts with 23 of the Tiger’s 130 service aces on the season. The total is just one shy of last year’s season-best total of 24 aces and contributes to Clemson’s current seventh place ranking in the ACC with its 1.16 aces per set average. She has aced opponents in each of her last three matches. Contributing in a defensive specialist role this season, she has seven 10-plus dig matches in 93 sets played. As a junior she enjoyed her best all-around season with career-high totals in kills (148), kills per set (1.40), aces (24), digs (213), blocks (21), points (184.5) and sets played (106).

Junior setter, Keely Hayes enters the two-game stretch coming off a double-double against Louisville in which she dropped 11 assists and 14 digs. Megan McGinley has been on fire for the Tigers since their victory over Boston College. The sophomore out of Chagrin Falls, Ohio has a .306 hitting percentage with 71 kills on 163 attempts over the course of Clemson’s last 11 matches. She also has 31 blocks in that span and 99 blocks on the season. The season total is 17 more than the 82 blocks she tallied as a freshman.