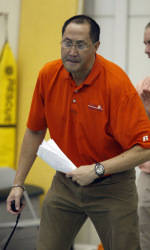 CLEMSON – The Clemson men’s and women’s swimming and diving teams took care of business to open up the conference portion of the schedule. The men’s team won 188-110, snapping a two-meet losing skid to the Yellow Jackets. The women also defeated Georgia Tech, 192-108, to win their sixth straight meeting in the series.

“It’s always great to start off with a conference win,” Head Coach Christopher Ip said. “Georgia Tech is always well-prepared, but the Tigers do something special when they’re at home. With a crowd like this in this sport, they really enjoyed it. From the seniors down to the freshmen, everybody stepped up and worked really hard.”

Among the top performances for the Tigers was Coy Cobb at 49.66 seconds. Ali Polhill also won her race in the 100 backstroke with a time of 57.74 seconds, and the Tigers completed the sweep of backstroke events as Tori Cervone won the women’s 200 backstroke and the trio of Dart, Andrew Abeysinghe, and Walker Layne took the top three spots in that race on the men’s side.

Clemson was not only proficient in sprints, as the distance freestyle events produced similar results. Sarah Smith and David Gordon only six-hundredths of a second behind him in second place, and 9:35.64, respectively.

David Gordon finished just two-hundredths of a second out of first in the men’s 200 free, and Abeysinghe came in third place in that race.

The Tigers had several key victories in the butterfly and breaststroke, as well. Meggie Mizelle and Rocky Raybon both finished within 0.13 seconds of the top spot in the women’s 200 fly.

Anderson Sloan was the third-place finisher in the 100, while Kyle Shoemaker placed third in the 200. Hannah Collins paced the women’s team in the breaststroke, winning the 200 with a time of 2:26.45 and finishing in third place in the 100. Elizabeth Savage followed closely behind Collins in the 200, and Maddie Tarantolo had a strong second-place swim in the 100.

In diving, Cassie Self (310.57) and Brooke George (309.52) had a tight battle for first place in three-meter, while Elizabeth Tatum took third in the event. George also emerged victorious in one-meter with a score of 289.05, and Tatum came in third. Pat Chamberlain had third-place finishes in both one- and three-meter diving.

The Tigers will return to the pool on Friday, November 19, as they travel to Atlanta for the three-day Georgia Tech Invitational.