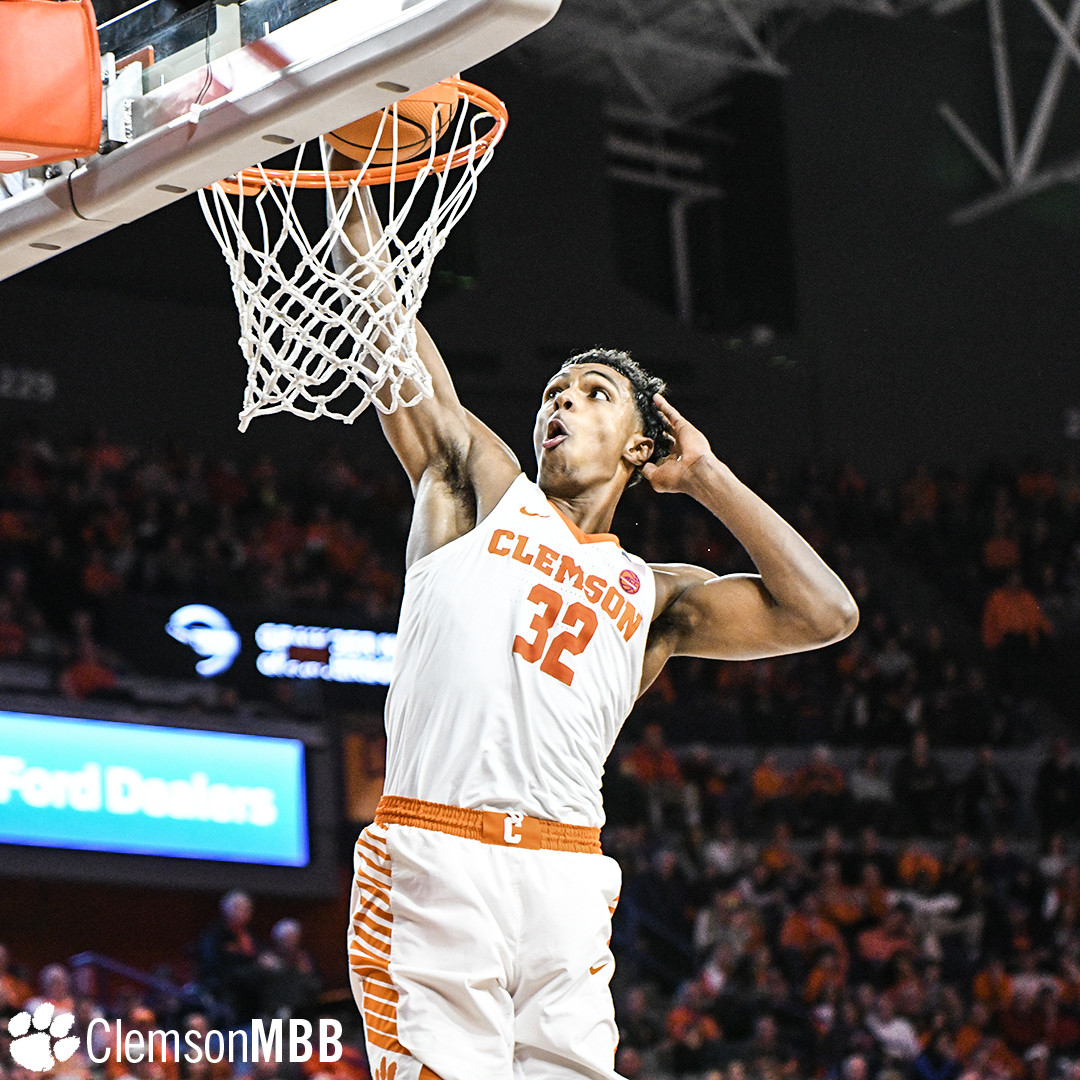 CLEMSON, S.C. — Clemson University men’s basketball used a 13-2 run to close the first half and a stingy defense to put away NC State in the ACC home opener in front of a sellout crowd, 78-62, in Littlejohn on Saturday.

The Tigers (12-1, 1-0 ACC) were led by five different double-digit scorers and led by Marcquise Reed who scored 13 of his 18 total points in the second half. Gabe DeVoe chipped in 15 points and seven boards, while Donte Grantham neared another double-double with 13 points and nine rebounds.

Shelton Mitchell poured in 14, while Elijah Thomas notched his fifth career double-double and third of the season with 10 points and 10 boards. Thomas also swatted a career-high six shots.

Clemson wore down NC State in the second half and pushed its nine-point halftime advantage to a game-high 21-point lead at the 5:13 mark of the second half, 69-48.

Holding the Wolfpack to just 34.8 percent shooting on the night, NC State got 16 of its 62 total points in the final 6:27 of the contest.

NC State pressed the majority of the contest but were only able to produce nine Tiger turnovers. On the other hand, Clemson scored 24 points off of 14 Wolfpack giveaways.

The Tigers assisted on 17 of its 29 made field goals in the game and outscored the Wolfpack 42-22 in the paint.

Mark Donnal finished with eight points on 4-for-6 shooting in the contest and also grabbed four rebounds.

The Tigers will return to the court on Wednesday, Jan. 3 when it ships up to Boston for a 7 p.m. tipoff against the Golden Eagles.

Notes: Clemson improves to 12-1 on the season (best start since 2008-09) … the win also brings the Tigers’ home record against NC State to 33-33 overall … also with the win, head coach Brad Brownell earned his 136th career win at Clemson – moving him three shy of the third-most victories all-time at Clemson … the 16-point win was the largest for Clemson over NC State since 2013-14 … the win moves Clemson to 71-29 (.710) all-time in November/December under Brownell … Elijah Thomas notched his fifth career double-double and third of the season … Thomas also swatted a career-high six shot attempts … Mark Donnal tied his season-high with four made field goals.