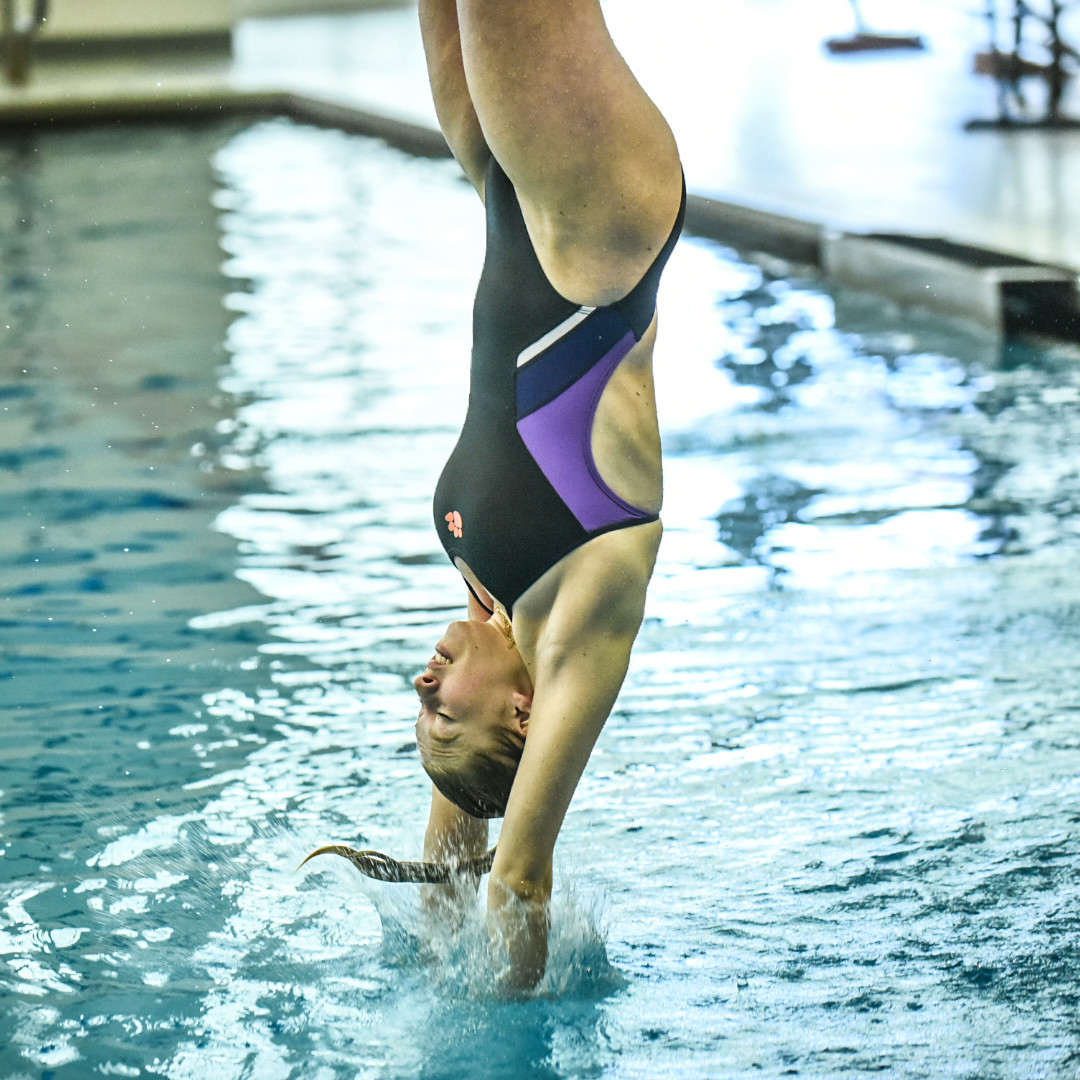 CLEMSON, S.C. – Senior Megan Helwagen capped a special day by winning the one-meter event and placing second in the three-meter on a day that honored her and four other senior members of the Clemson diving team as the Tigers garnered a 32-6 win over the Eagles of Georgia Southern on Saturday, Jan. 9. Tabitha Banks, Katie Barolak, Juliana Melchionda, and Jessica Resler were also honored, along with Helwagen, before the meet in a senior recognition ceremony.

In the one-meter event, Helwagen posted a final score of 271.75 to pace a string of ten consecutive Clemson finishers, and qualify for the NCAA Zone B meet for the third time this season in the event. Sarah Braun finished second, scoring a 263.30 with Jaya Brown, Hannah Donovan and Allison Brophy rounding out the top five with scores of 258.15, 255.40, and 252.55, respectively. Brown and Brophy’s scores were both season bests.

Braun paced the Tigers in the three-meter, scoring a Zone-qualifying mark of 299.45 to win the event. It is the second time this season Braun has posted a qualifying score, and first in the three-meter event. Helwagen was again impressive, finishing with a 298.20 to earn a second-place finish and post her second Zone-qualifying score of the day. Brown, Danielle Reitsma and Sarah Blank made up the third- through fifth-place finishers before Emma Weisel of Georgia Southern broke up the string of Tigers, taking the sixth place spot.

Helwagen has now garnered a total of five Zone-qualifying scores on the season to lead all Tigers in that category, with three coming via the one-meter and two via the three-meter.