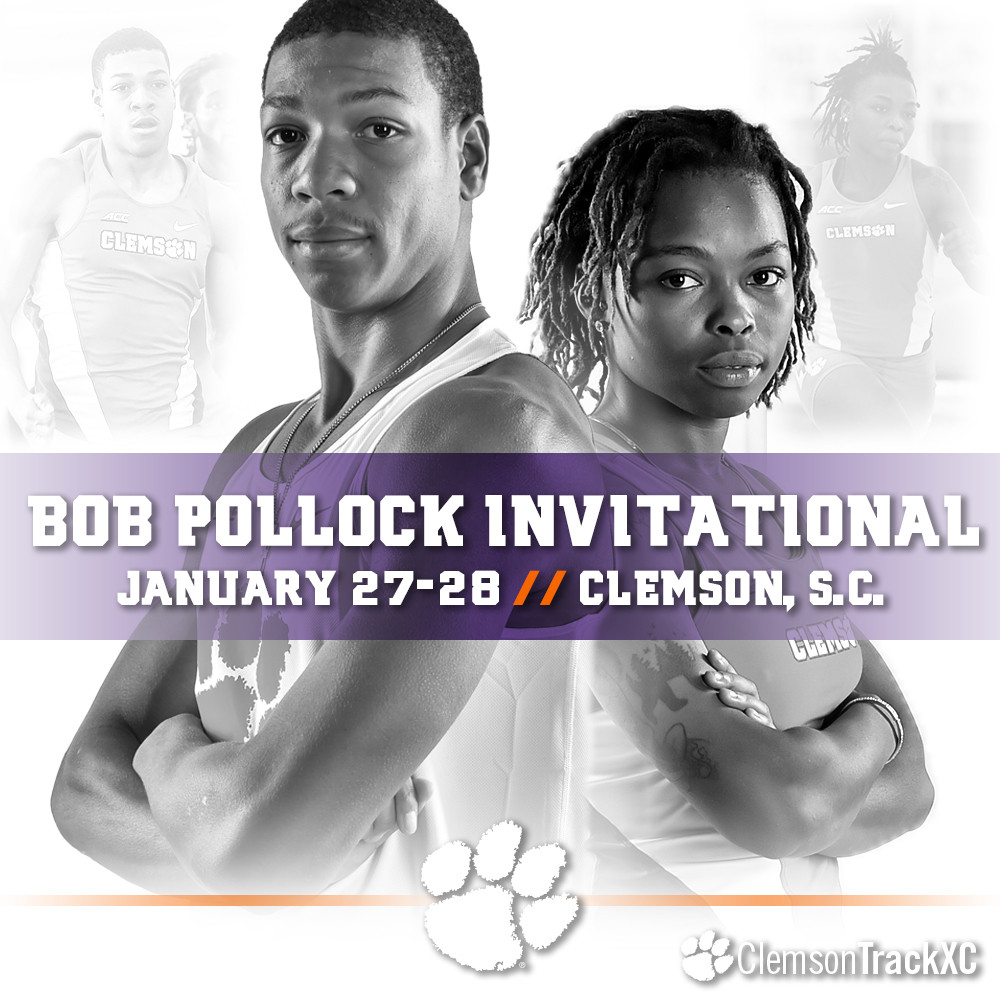 CLEMSON, S.C. – The Tigers come home to host 10 schools in the Bob Pollock Invitational taking place January 27-28. Four of the programs visiting Clemson this weekend are ranked in the nation’s top 25.

Competing on Clemson’s newly renovated indoor track this weekend will be Alabama’s No. 7 men and No. 22 women as well as NC State’s No. 15 women and the sprinters from Virginia Tech’s No. 16 men’s program. Virginia Tech and NC State are two of the five ACC opponents Clemson will face off with this weekend as Duke, Georgia Tech and Florida State are among the list of visiting opponents.

The Tigers currently own 12 top-20 times or marks in the country heading into the weekend. The men’s and women’s programs are split with six top-20 performances each. Last time out, Mpho Makofane and Terrell Jackson ran the seventh and 12th fastest 800 meter run times in the country respectively. Makofane’s time was the second fastest time in program history while Jackson’s time declared him as the fastest freshman to ever compete in the event for the Tigers. The record broken by Jackson marks the fourth-straight meet in which a Clemson student-athlete set a record.

Clemson’s new indoor track and field complex has seen 23 of the nation’s top 20 performances through its first two meets of the season. The Bob Pollock Invitational is one-of-three home meets left this season before the ACC and NCAA Indoor Track & Field Championships. The meet begins Friday, January 27 at 10:00 a.m. with multi events. Action on the track and in the field begins at 3:00 p.m. Saturday, January 28 marks the final day of the meet and will begin with multi events at 9:00 a.m. Field events kick off at 11:00 a.m., with track events beginning at 12:00 p.m.