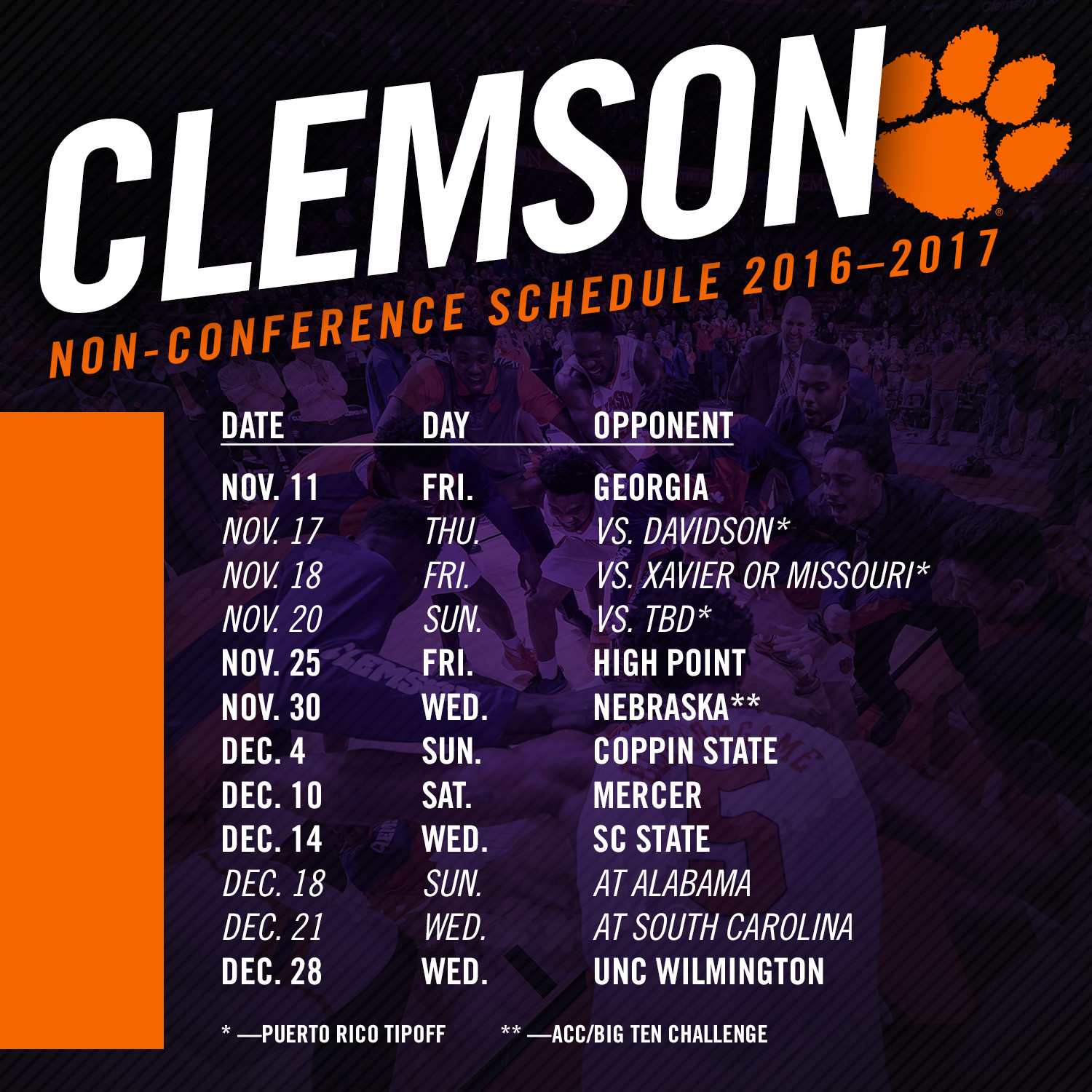 CLEMSON, S.C. — The 2016-17 men’s basketball non-conference schedule was announced Wednesday by head coach Brad Brownell. The slate is highlighted by the November 11 season opener against Georgia, which will also serve as the grand opening of the new Littlejohn Coliseum.

“It’s a challenging non-conference schedule, but one we’re looking forward to,” Brownell said. “We expect a tremendous environment when we open the season against Georgia on November 11 in the new Littlejohn. We need to play well early, because our next three games after the opener will be in Puerto Rico against an outstanding tournament field. Our schedule should prepare us well for the rigors of ACC play.”

In addition to the opener with the Bulldogs, the Tigers go on the road to face a pair of SEC foes in Alabama and South Carolina. The Crimson Tide squeezed out a one-point victory in Greenville last season, and Clemson will be making its first trip to Alabama since the 2007-08 season on December 18. The game will be played at Legacy Arena in Birmingham, Ala. The Tigers and Gamecocks renew their rivalry on the hardwood three days later.

Clemson’s regular season tournament will be in San Juan, Puerto Rico from November 17-20. The Tigers will face Davidson in the opening round, and either Xavier or Missouri in the second round. In addition to the Musketeers, the field also includes 2016 NCAA Tournament teams Northern Iowa and Oklahoma on the opposite side of the bracket.

The final non-conference game of the regular season is set for Wednesday, December 28 against UNC Wilmington. The Seahawks, Brownell’s first head coaching job from 2002-06, were 23-8 last season with a No. 52 final RPI.