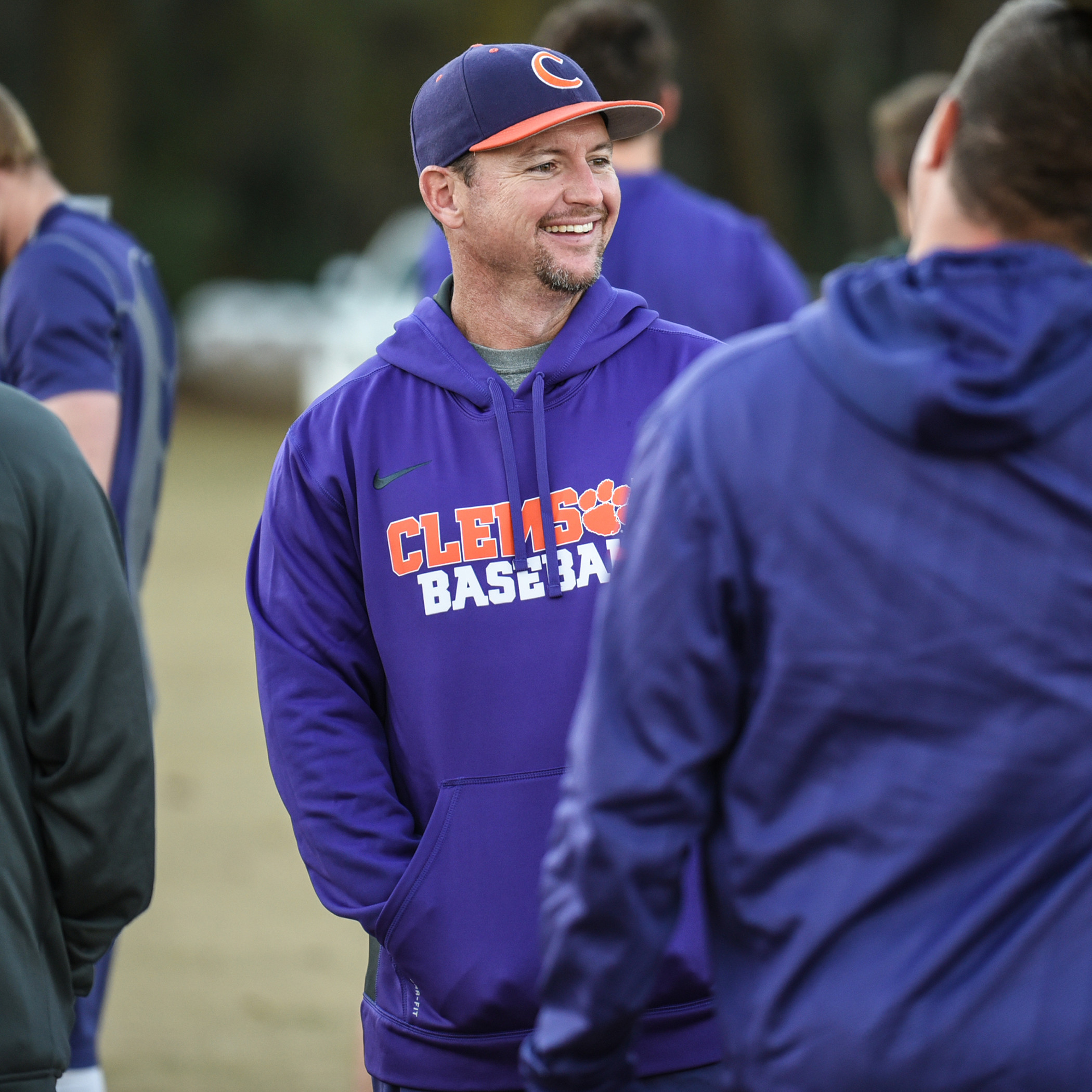 The sophomore lefthander has been tabbed by head coach Monte Lee to be Friday’s starter against Maine, and Barnes is excited to finally face competition that is not also wearing orange and purple.

“He was carving me up in the fall and spring,” Okey joked of Barnes.

A native of Sumter, S.C., Barnes remembers coming to Clemson games with his family since he was young, and he said winning the Friday starting job is like a dream come true.

“It’s something I’ve dreamed of for a long time, so it’s really going to be fun to get out there and compete on Friday,” stated Barnes. “I’ll probably be a little nervous during the national anthem…that’s usually when it happens…but after the first pitch, I should be ready to roll. I know that as long as I attack hitters and pound the strikezone, my defense is going to do what it needs to do behind me.”

Part of that defense includes junior shortstop Eli White, who grew up even more locally (Easley) than Barnes and also had aspirations of coming to Clemson to play ball.

“I grew up always wanting to play at Clemson,” said White. “It’s something I’ve always dreamed of doing, and I’m thankful for the opportunity.”

According to Lee, the rest of the defense is almost set and will feature transfer Chris Williams at first base and freshman Seth Beer in right field. Junior Weston Wilson has shifted from third base to second base, and sophomore Chase Pinder has moved to center field.

Lee expects Pinder to bat high in the order, potentially at leadoff. The rest of the lineup depends on whether the team wants to be more focused on offense or defense based on the opponent.

For pitching, Lee said that senior righthander Clate Schmidt will take the mound on Saturday followed by freshman lefty Jake Higginbotham on Sunday. Middle relievers will include redshirt freshman Alex Eubanks, who Lee said nearly won the Sunday starting job, and freshman Ryley Gilliam, who “has the best breaking ball on the staff.” Filling the closer role will be junior lefthander Alex Bostic.

“We’re a lot of loose guys,” Okey said of the team’s personality heading into the season. “Our coaches are loose, and we’re very confident as well. We know what we’ve done throughout the fall and early spring, we’re prepared to take on challenges throughout the year and we’re excited. I’ve been excited since the last game of last year. I’m ready to get rolling, and the guys are, too.”