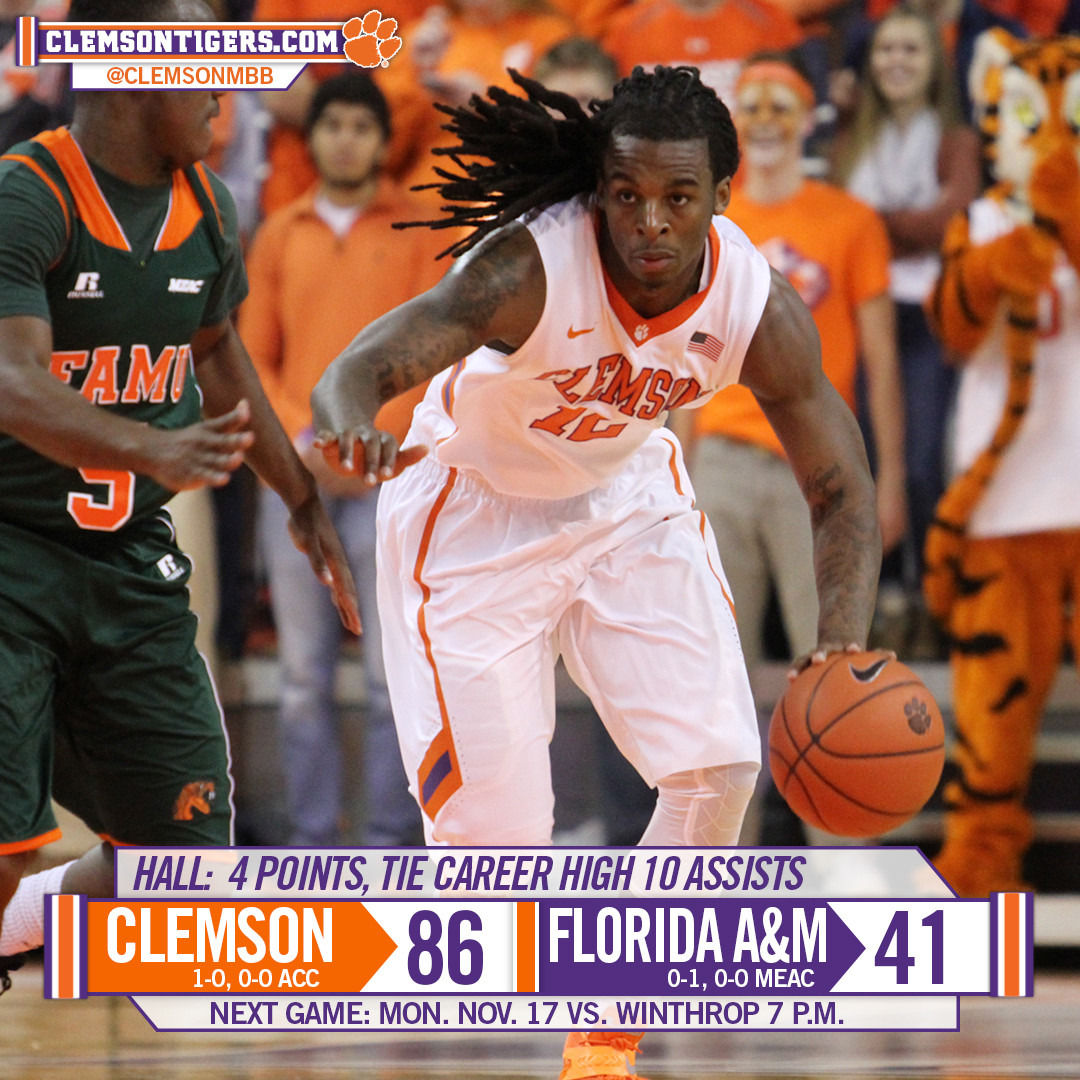 CLEMSON, S.C. — Behind a balanced scoring attack featuring five players in double figures, Clemson won its season opener Friday over Florida A&M by a score of 86-41. The Tigers won their 29th consecutive season opener and did it efficiently, posting 21 assists versus only five turnovers.

Landry Nnoko led the balanced effort with 15 points, 12 after halftime. He made 5-of-7 shots. Jordan Roper was a spark off the bench with 13 points, while Donte Grantham (12), Jaron Blossomgame (10) and Damarcus Harrison (10) all added double digits in the scoring column. The Tigers shot 48.5 percent for the game, despite struggling (28 percent) from long distance. Conversely, FAMU was just 33 percent and did not make a three in seven tries.

A&M had pulled to within one at 9-8 early, but a 14-0 response from the Tigers effectively put the game out of reach. During the run, Jordan Roper posted seven points on his own. Roper put an exclamation point on the opening half of play when he took a steal at midcourt from Josh Smith and slammed it home just before the buzzer to put the Tigers ahead 41-18.

In the second, head coach Brad Brownell emptied his bench and played all 12 players available. All but one scored, as walk-on Riley McGillan nailed a stepback jumper from the left baseline in the final minute to bring the crowd of 6,646 to its feet.

The Tigers stay home for the second game of the season, a Monday tilt against Winthrop. The Tigers and Eagles will face off at Littlejohn Coliseum at 7 p.m. The game will be televised by RSN.