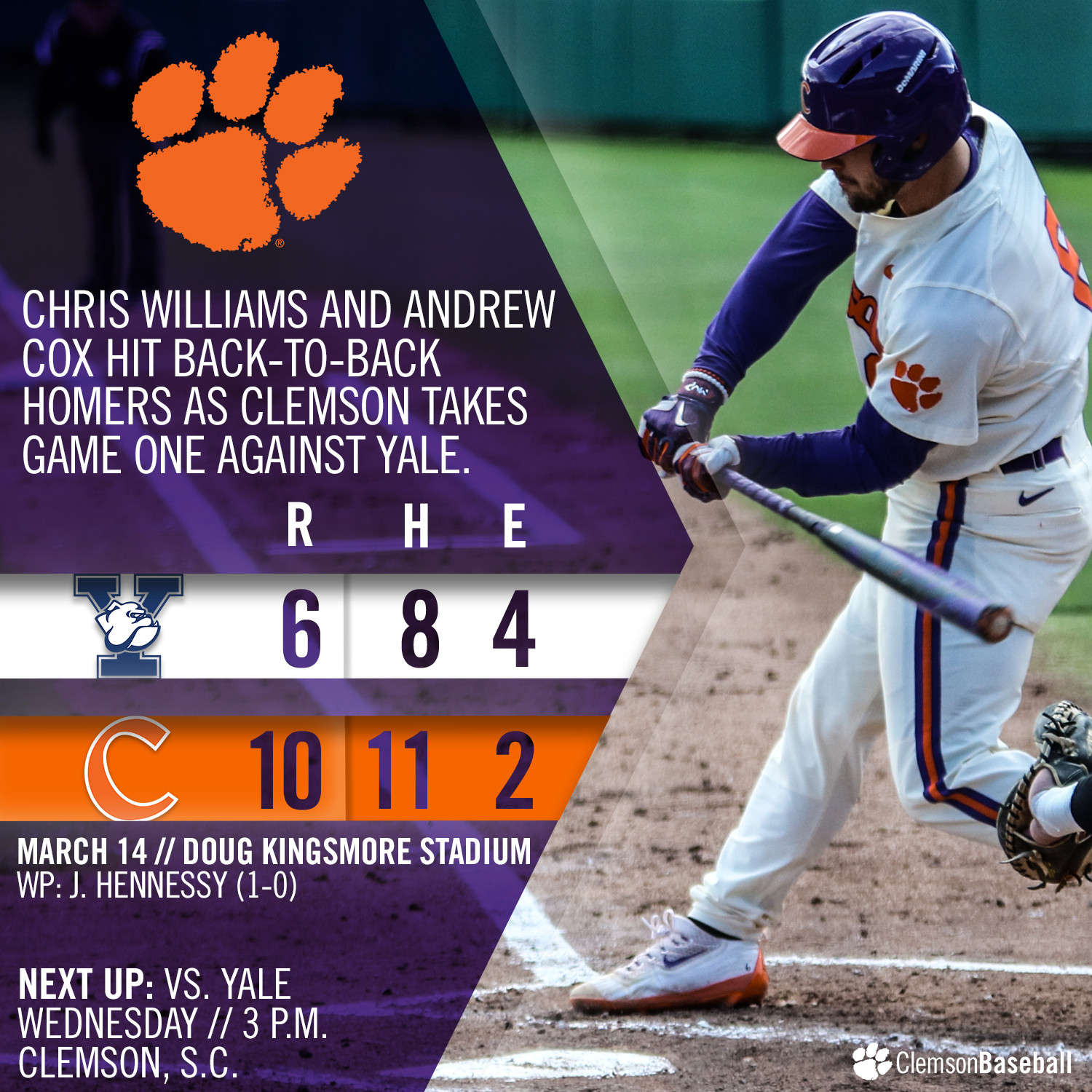 Tigers Rally To Down Yale 10-6

CLEMSON, S.C. – Chris Williams’ three-run homer in the seventh inning propelled No. 9 Clemson to a 10-6 win over Yale at Doug Kingsmore Stadium on Tuesday afternoon. The Tigers, who won their seventh game in a row and took a 1-0 lead in the two-game midweek series, improved to 13-3, while the Bulldogs dropped to 3-6.

The Tigers scored three runs in the first inning, highlighted by Seth Beer’s two-run double. Clemson added a run in the second inning on Chase Pinder’s sacrifice fly. After Tyler Jackson retired the first 12 batters of the game, the Bulldogs rallied for six runs off the righthander in the fifth inning. Alec Hoeschel led off with a double and scored on an error, then Alex Stiegler belted a two-run homer. Later in the inning with two outs, Harrison White hit a three-run homer to give Yale a 6-4 lead.

But in the seventh inning, Reed Rohlman drew a two-out walk and Beer singled, then Williams crushed a three-run homer to left field, his first long ball of the season, to give Clemson a 7-6 lead. Andrew Cox followed with a solo homer, his second home run of the season. Clemson added two runs in the eighth inning to double its lead.

Jacob Hennessy (1-0) earned his first career win, as he pitched 3.1 innings in relief, allowing one hit, no runs and one walk with five strikeouts. Bulldog starter Scott Politz (2-1) suffered the loss, as he yielded 11 hits and eight runs (seven earned) in 7.0 innings pitched.

The two-game series concludes Wednesday at 3 p.m., on ACC Network Extra. Fans can buy one regular-price ticket and get one of equal value for free.