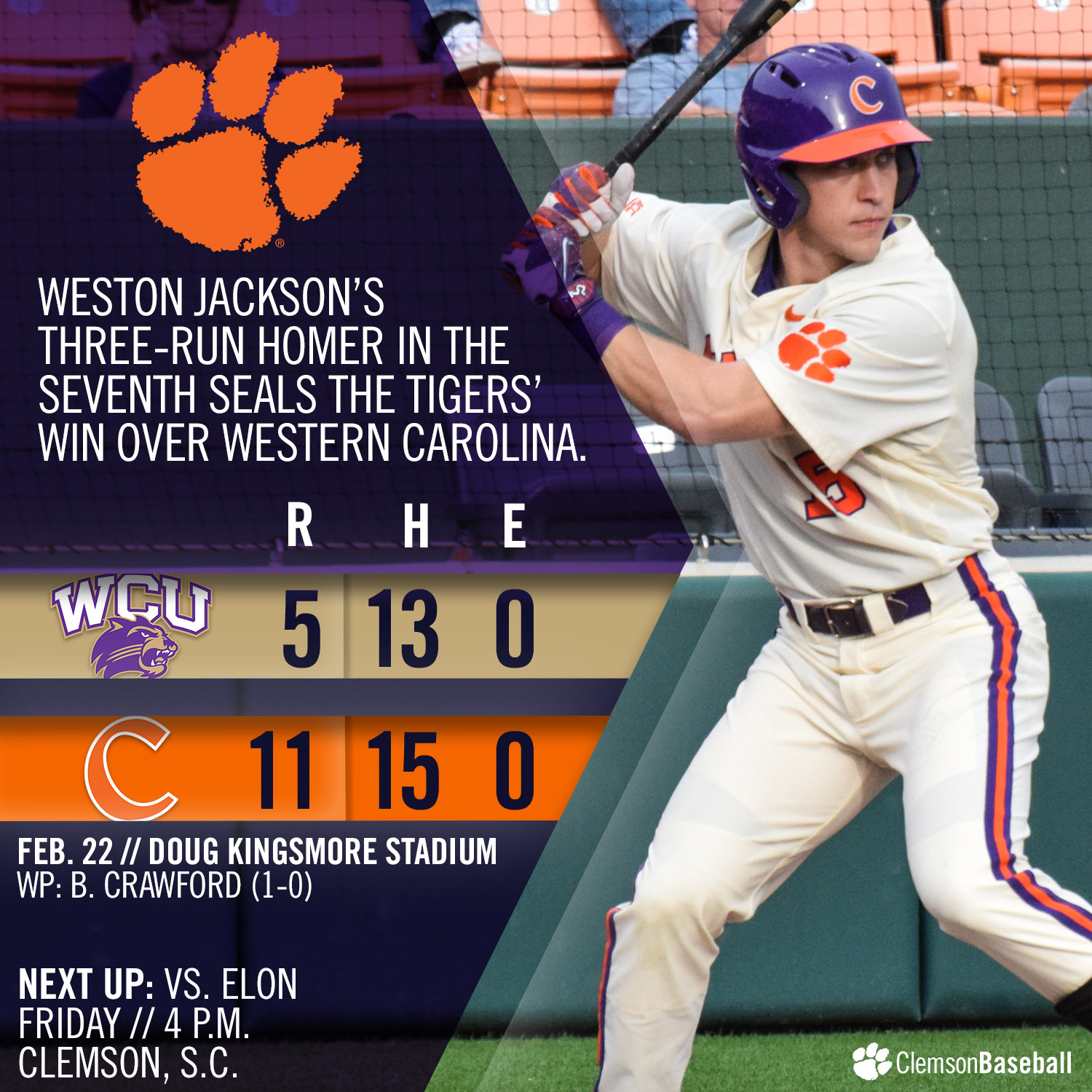 CLEMSON, S.C. – No. 12 Clemson rallied from a 5-1 deficit with five runs in the seventh inning and five runs in the eighth inning in its 11-5 victory over Western Carolina at Doug Kingsmore Stadium on Wednesday afternoon. The Tigers improved to 2-2, while the Catamounts dropped to 2-2.

Trailing 5-1, the Tigers loaded the bases with no outs in the seventh inning. After back-to-back strikeouts, Chase Pinder flared a two-out, two-run single to center. Weston Jackson, a first-year Tiger and graduate transfer from Presbyterian College, then belted his first long ball in a Clemson uniform, a deep shot to left field on a 3-1 pitch that gave the Tigers a 6-5 lead. Clemson added five runs in the eighth inning on Pinder’s two-run double and Grayson Byrd’s three-run double. Pinder went 4-for-4 with four RBIs, two runs and a hit-by-pitch to lead Clemson’s 15-hit attack.

Brooks Crawford (1-0) earned the win in relief, as he pitched 1.1 scoreless innings with three strikeouts. Ryley Gilliam pitched the final 1.1 innings to record his first career save. Catamount reliever Brendan Nail (0-2) suffered the loss, as he yielded five runs on three hits in 1.2 innings pitched.

Clemson hosts Elon in a three-game series at Doug Kingsmore Stadium this weekend. Game one is Friday at 4 p.m., on ACC Network Extra.