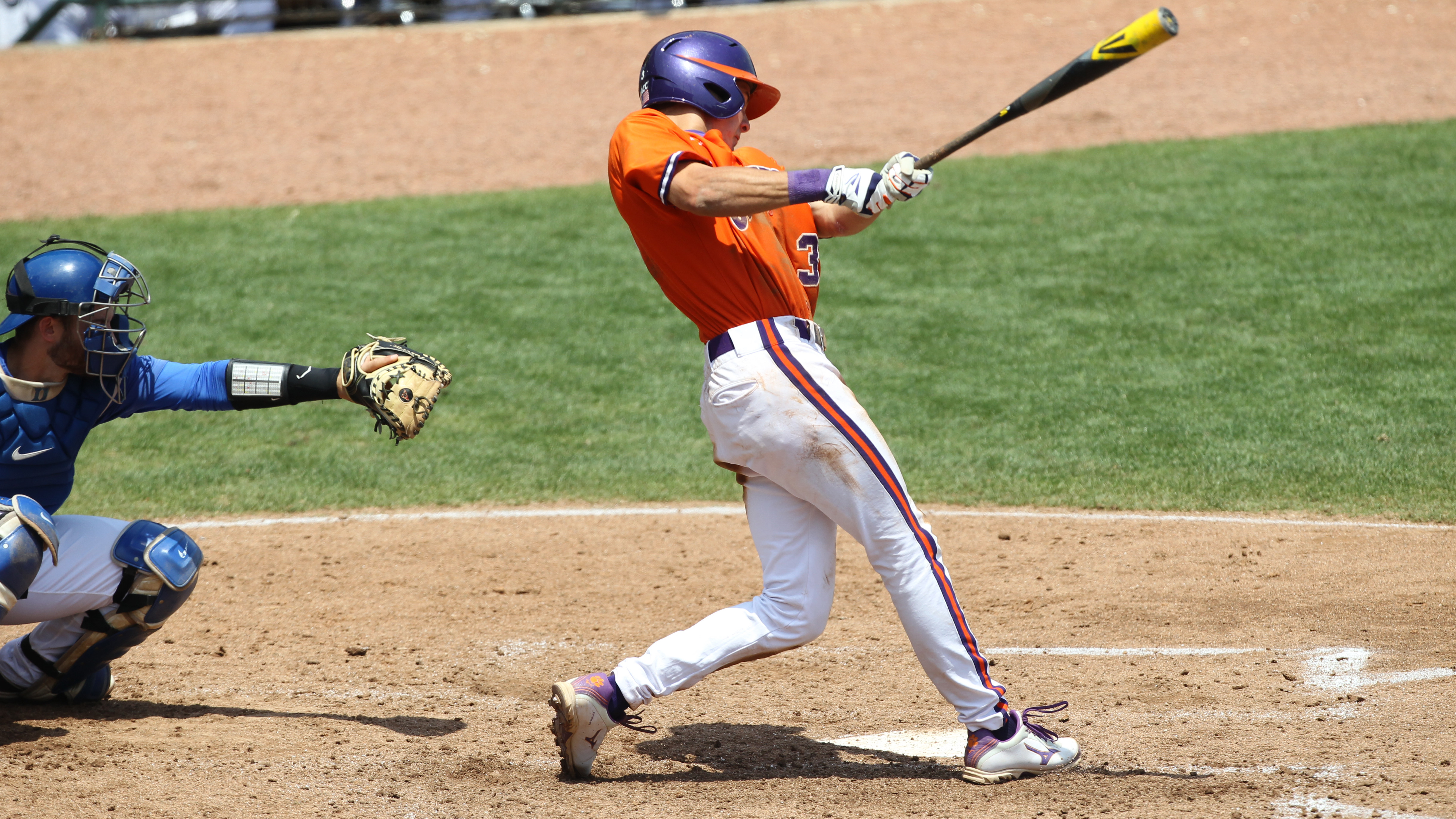 Tigers Rally to Down Duke 5-3 in ACC Opener Wednesday

GREENSBORO, N.C. – Tyler Krieger‘s two-out, two-run double in the fifth inning gave Clemson the lead for good in its 5-3 victory over Duke in the ACC Tournament at NewBridge Bank Park on Wednesday. The Tigers, who improved to 1-0 in the tourney, upped their record to 35-22, while the Blue Devils, who fell to 0-1 in the tournament, dropped to 32-24.

Duke took a 2-0 lead in the second inning on Ryan Deitrich’s two-out, two-run homer, his eighth long ball of the year. After Clemson scored a run in the fourth inning on Garrett Boulware‘s run-scoring single, one-out singles by Chris Okey and Weston Wilson in the fifth inning set up Krieger’s two-run double down the right-field line to give the Tigers a 3-2 lead. Clemson added two runs in the ninth inning on Steven Duggar‘s two-run single.

Tiger starter Matthew Crownover (8-5) earned the win by allowing just five hits, two runs and one walk with a career-high-tying nine strikeouts in 7.2 innings pitched. Matt Campbell recorded the last out to register his eighth save of the season. Duke starter Michael Matuella (1-3) suffered the loss, as he gave up three runs on eight hits in 6.2 innings pitched.

“It was a competitive game from start to finish,” said Head Coach Jack Leggett. “I thought the offense did a really good job in the fourth and fifth innings when we grabbed one run and then two. Tyler Krieger had a big two-out hit down the right-field line. Then we had a big hit at the end by Steven Duggar that gave us two insurance runs.

“Matthew Crownover was excellent for us with nine strikeouts and only one walk. He was around the plate all day long.”

The Tigers play No. 1 seed Miami (Fla.) on Thursday at 7 p.m. on RSN and ESPN3. Clemson is the designated home team and will occupy the third-base dugout.