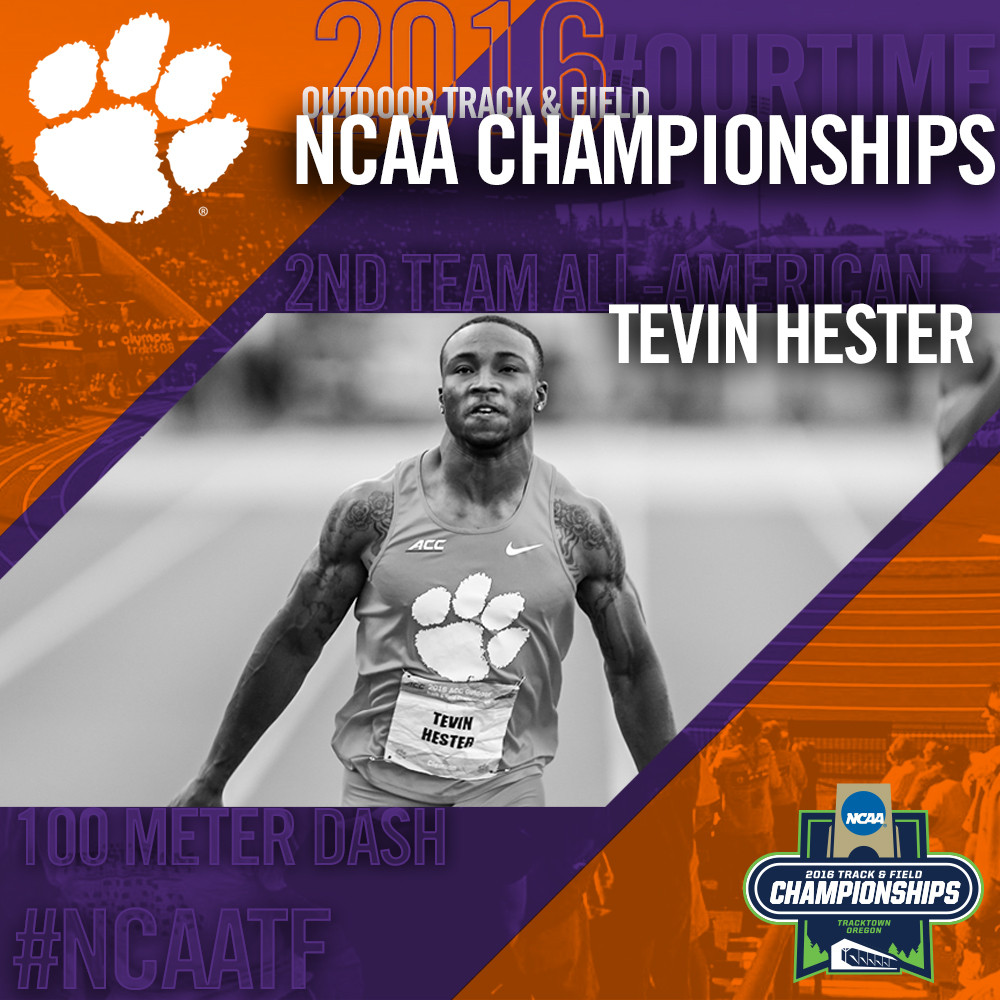 EUGENE, Ore. – Clemson kicked off the 2016 NCAA Outdoor Track and Field Championships qualifying two of its three entries on Wednesday night for the finals. Both, Tevin Hester and the men’s 4×400 meter relay team will compete on Friday night.

Hester bounced back to qualify for the finals in the 200 meter dash after falling just shy of the cutline in the 100 meter dash an hour prior. Hester crossed the finish line at 20.45 to win his heat and take fifth place in the semifinals to advance to Friday’s final at 10:07 p.m. EST. The reigning Southeast Region Outdoor Track Athlete of the Year crossed the finish line at 10.22 to take 10th place. The top eight finishers advance to the final, declaring Hester as a Second Team All-American in the event.

The men’s 4×400 meter relay team closed the night with a bang as it became the first Clemson 4x400m relay to qualify for the NCAA Championship finals since 1999. Cordell Lamb, Michael Cheeks, Jorel Bellafonte and Jeffrey Green combined for a time of 3:04.56 to claim fifth place overall in the semifinal race. The men’s 4×400 meter relay final is scheduled for Friday night at 10:51 p.m. EST.

Tomorrow, action continues in Track Town as Mimi Land will compete in her first event of the championship meet and the women’s 4×100 meter relay team will bring the night to a close. At 9:00 p.m. EST, Land will give the long jump her best effort while the 4x100m relay semifinal is scheduled for 10:48 p.m. EST.