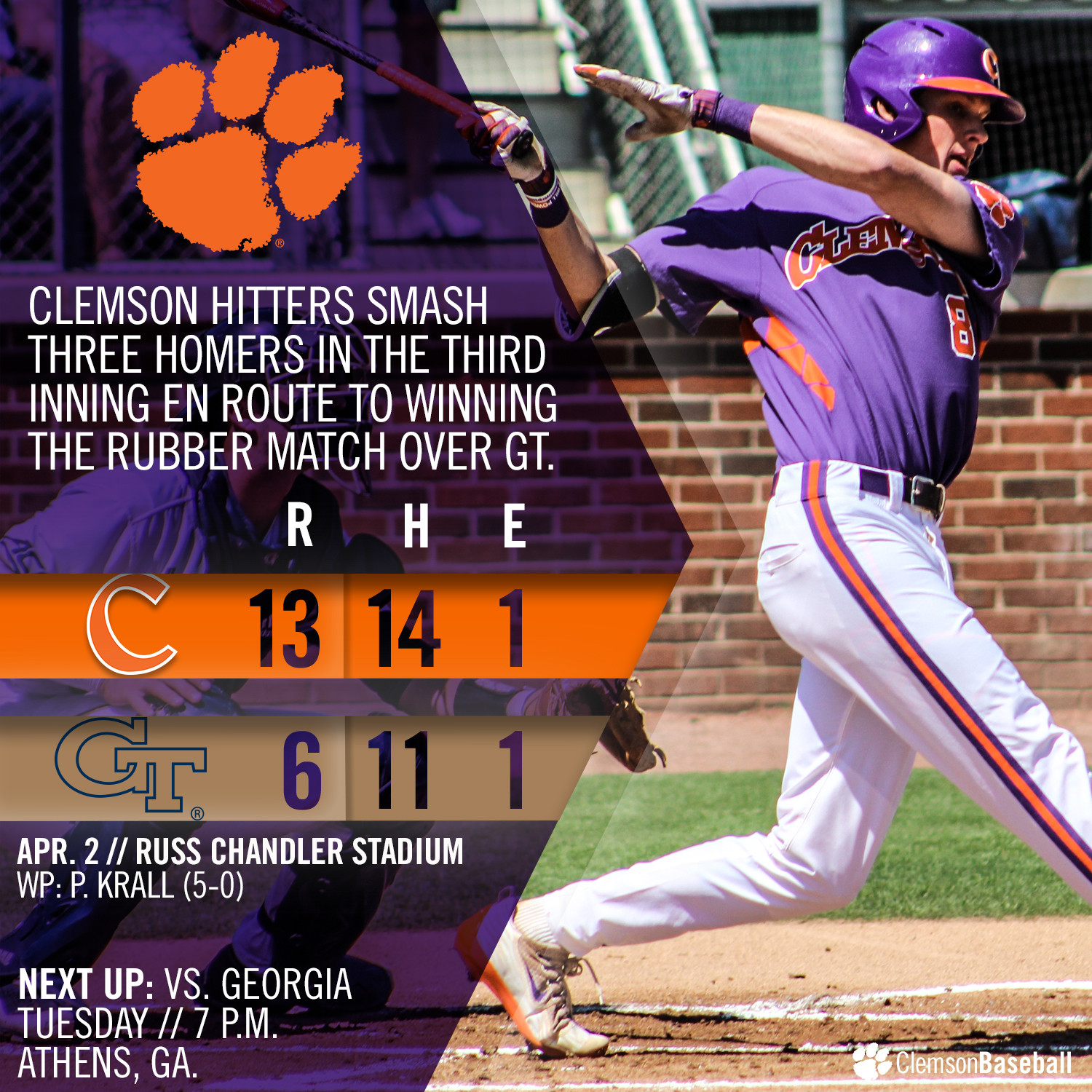 ATLANTA, GA. – The No. 5 Clemson Tigers scored all 13 runs in the first three innings, sparked by a grand slam and three-run homer by Reed Rohlman, in their 13-6 victory over Georgia Tech at Russ Chandler Stadium on Sunday afternoon. The Tigers, who won the series 2-1, improved to 24-5 overall and 10-2 in the ACC. The Yellow Jackets dropped to 15-11 overall and 4-8 in ACC play.

In the third inning, Rohlman belted a three-run homer, his second home run of the game and season. Rohlman led the Tigers’ 14-hit performance by going 3-for-5 with two homers, a double, three runs, a walk and seven RBIs, the most by a Tiger since John Hinson had seven RBIs against USC Upstate on April 21, 2010.

The Tigers return to the Peach State to play Georgia on Tuesday at 7 p.m., on SEC Network.