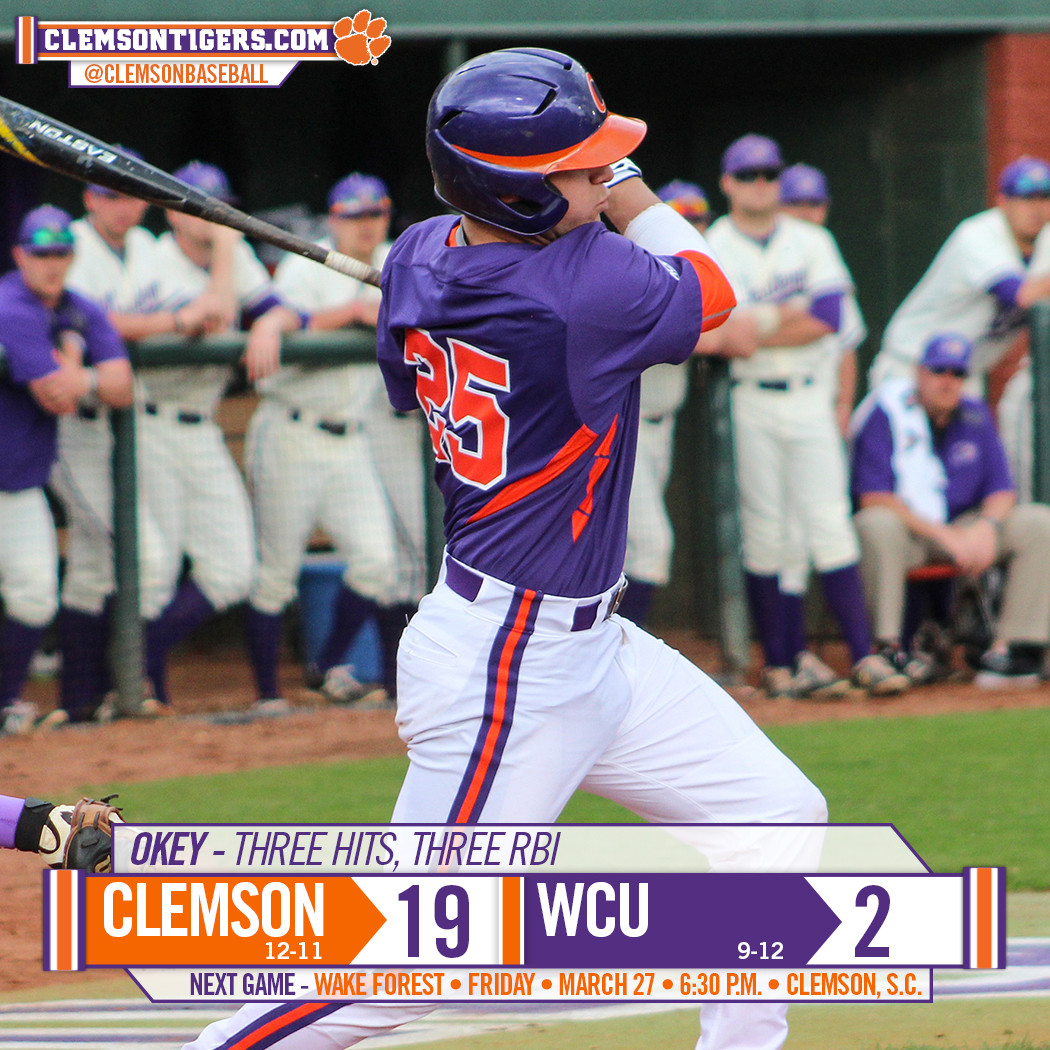 CULLOWHEE, N.C. – Behind an eight-run fifth inning and two four-run innings, Clemson defeated Western Carolina 19-2 at Hennon Stadium on Tuesday. The Tigers, who took a 1-0 lead in the home-and-home season series, improved to 12-11. The Catamounts dropped to 9-12.

The Tigers scored their most runs in an inning since May 6, 2012, when they scored eight runs in the seventh inning against College of Charleston. The Tigers added four runs in both the second and sixth innings. It was also Clemson’s most runs in a game since May 17, 2011, when it scored 19 runs against Davidson.

Chris Okey’s two-run double and Reed Rohlman’s two-run single highlighted the fifth-inning uprising. Every Tiger starter scored at least one run in the game, while Tyler Krieger extended his hitting streak to 11 games.

Clemson begins a 10-game homestand with a three-game series against Wake Forest starting Friday at 6:30 p.m. on ESPN3. Friday is 70s Night, then join us for an exciting 10-minute postgame fireworks show.