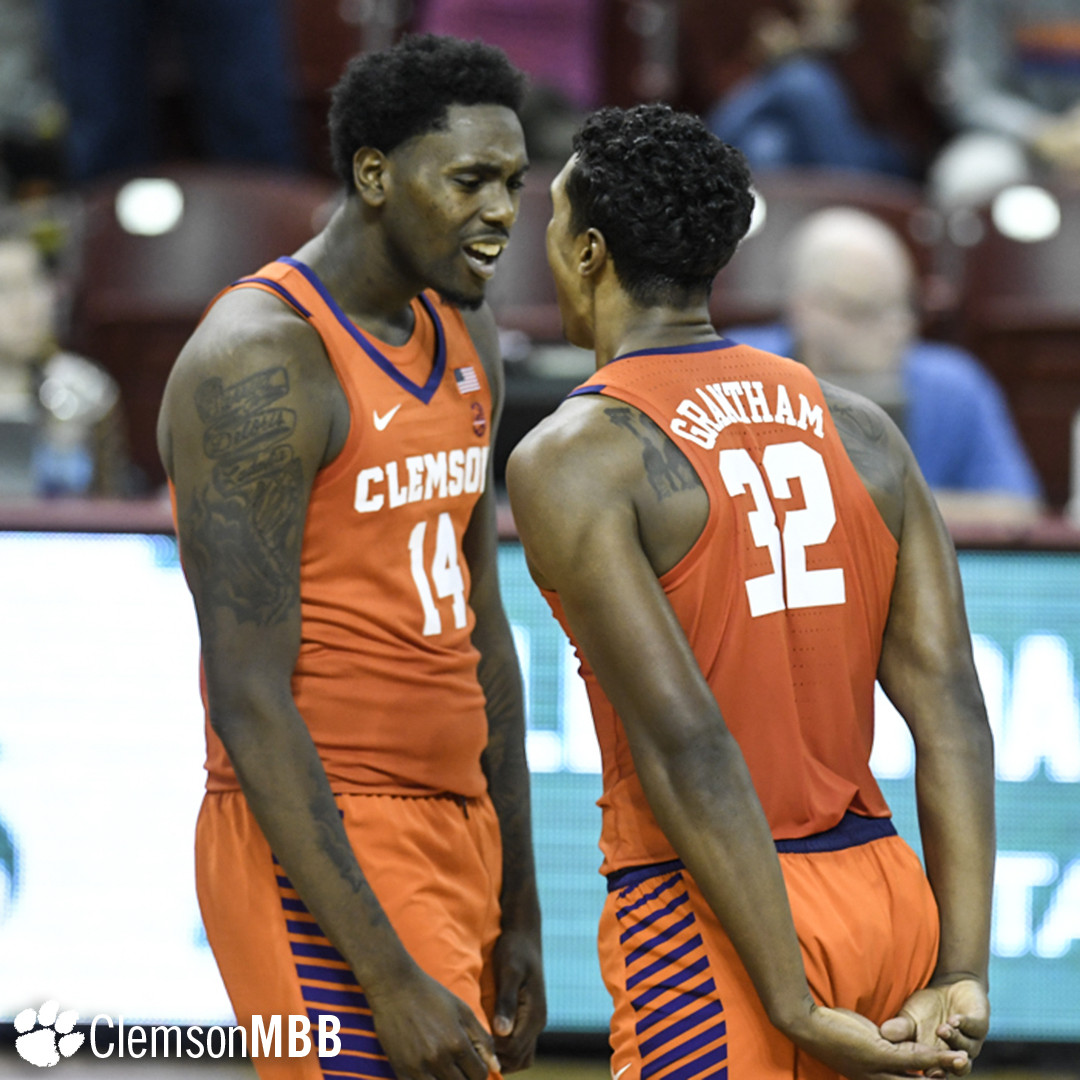 CLEMSON, S.C. — A crucial 16-2 run in the second half and phenomenal games from Marcquise Reed and Donte Grantham pushed Clemson men’s basketball over the top against Hofstra, 78-59, in Friday night’s Charleston Classic semifinal matchup.

The Tigers (4-0) once again got double-digit scoring from four players, including Grantham who finished with a game-and-season-high and career-high-matching 22 points on 9-for-12 shooting.

Reed put together, quite possibly, one of his best game ever. Reed posted his first career double-double with 16 points and 11 rebounds, while adding in six assists and three steals to the effort. Reed also did not commit a turnover in the contest.

Both Shelton Mitchell and Gabe DeVoe finished with 13 points and 12 points, respectively.

Clemson got off to fast start, up 10-2, just over three minutes into the game. The lead would change twice in the first half, but a strong finish on a 12-4 run helped propel the Tigers to a 10 point halftime lead.

With 15:30 to play and the Tigers clinging to a six-point lead at 48-42, Clemson would orchestrate a 16-2 run to blow the game wide open. A jumper from Reed would spark the run and include Reed scoring or assisting on eight of the next 10 points, including a great crosscourt pass to Grantham for a three.

A Mitchell 3-pointer would cap the run and force a Hofstra timeout with the Tigers leading 64-44 and 11:27 left. The Tigers would keep the Pride at bay and finish off the 19-point victory to advance to Sunday’s tournament final game against Temple.

Notes: The win marked Clemson’s first 4-0 start since the beginning of the 2013-14 season … Marcquise Reed notched his first career double-double with 16 points and a career-high 11 rebounds … Reed matched his career-high with six assists … for the fourth-straight game the Tigers boasted at least four double-digit scorers … Donte Grantham has produced back-to-back double-digit scoring games, his fifth career 20-point outing … Grantham matched his career-high with 22 points … the Tigers assisted on 62.0 percent of its made field goals (18 assists on 29 made field goals) … Clemson moved to 4-0 all-time against Hofstra and 21-5 all-time against members of the CAA … the Tigers are now 63-28 in the month of November under head coach Brad Brownell … coach Brownell is now just five wins shy of 300 for his career (295).