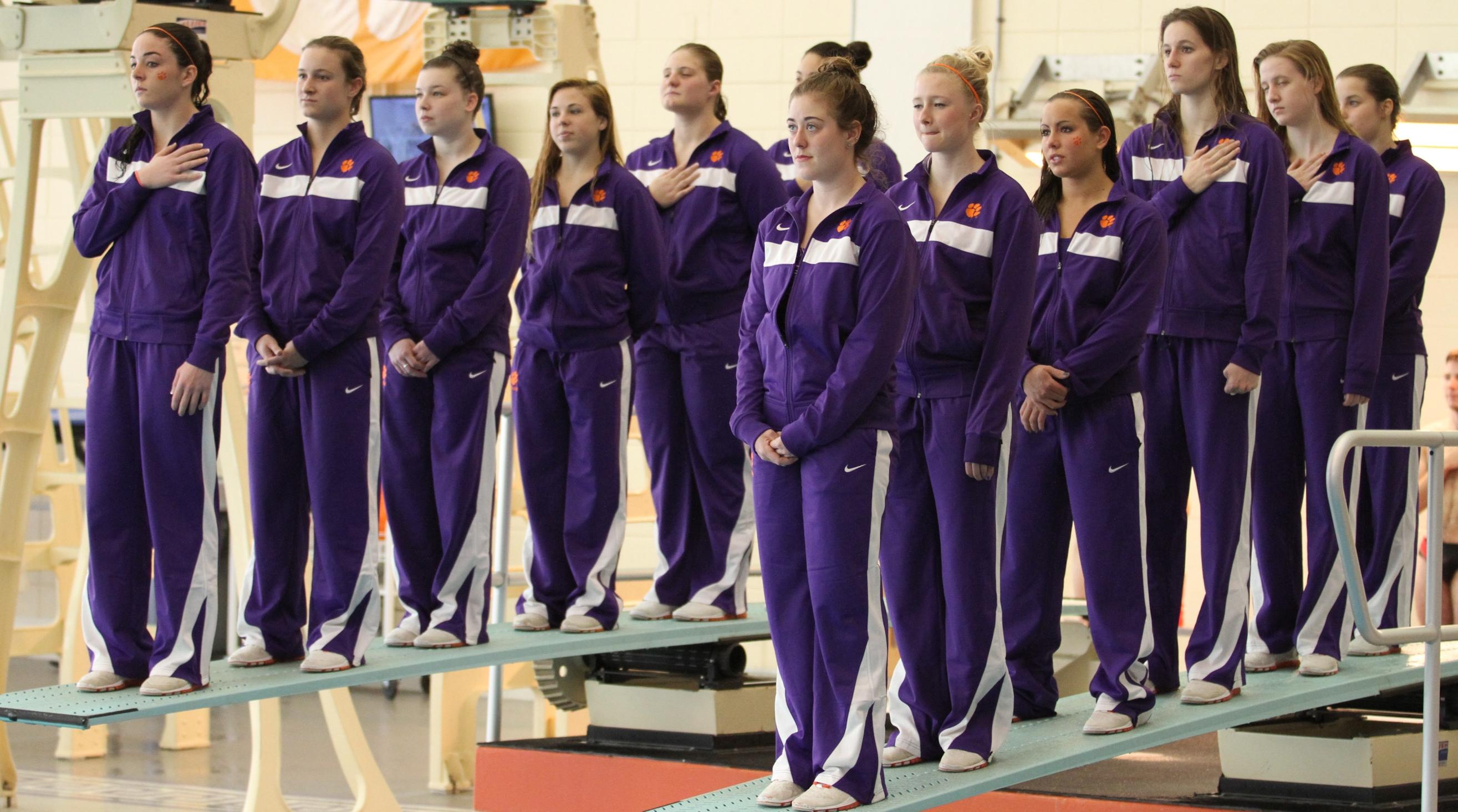 A crowd of around 200 spectators witnessed the inaugural event on Clemson’s campus and saw a number of entertaining dives that vaulted several members of the Tiger program onto the list of ACC leaders.

“I couldn’t be happier with the girls,” Head Coach Leslie Hasselbach Adams said. “They all stood up and competed well. We’ve been putting them in a lot of meet simulations during practices. They just made it happen today. All of their preparation leading up to our ACC Championship meet is right on schedule.”

Elizabeth Tatum, the lone senior on the Tigers’ squad, was the star of the show with a pair of proficient performances that qualified her for the NCAA Zone Championships. She finished second in the three-meter with a score of 305.4 and third in the one-meter with a score of 275.1. Tatum was relieved and satisfied with her showing, which came in the final regular season meet of the season for the Tigers.

“When I have fun and when I loosen up, that’s when I really do well,” she said. “Today I wanted to really concentrate on just coming out, having fun, and doing it for me. I ended up competing the best I’ve competed all season.”

Elsewhere, Emily Howard won the three-meter with her score of 305.85. She was followed closely by Tatum in second place and Megan Helwagen‘s third-place score of 305.18. Juliana Melchionda finished in fifth place with a score of 282.98, which was good enough to qualify her for NCAA Zones. Emily Yoder (241.35) and Tabitha Banks (241.2) posted quality marks to finish in seventh and eighth place, respectively, in the event.

The meet concluded with a platform exhibition, which was won by Jessica Doolittle. Emily Howard, Emily Yoder, and Megan Helwagen also competed in the event.

Tatum was honored with a framed jacket and a bouquet of flowers prior to the start of the meet. At intermission, members of the Clemson men’s soccer team competed in a cannonball contest for entertainment.

The Tigers will return to the pool for the ACC Championships, which begin on Wednesday, February 20 in Greensboro, NC.