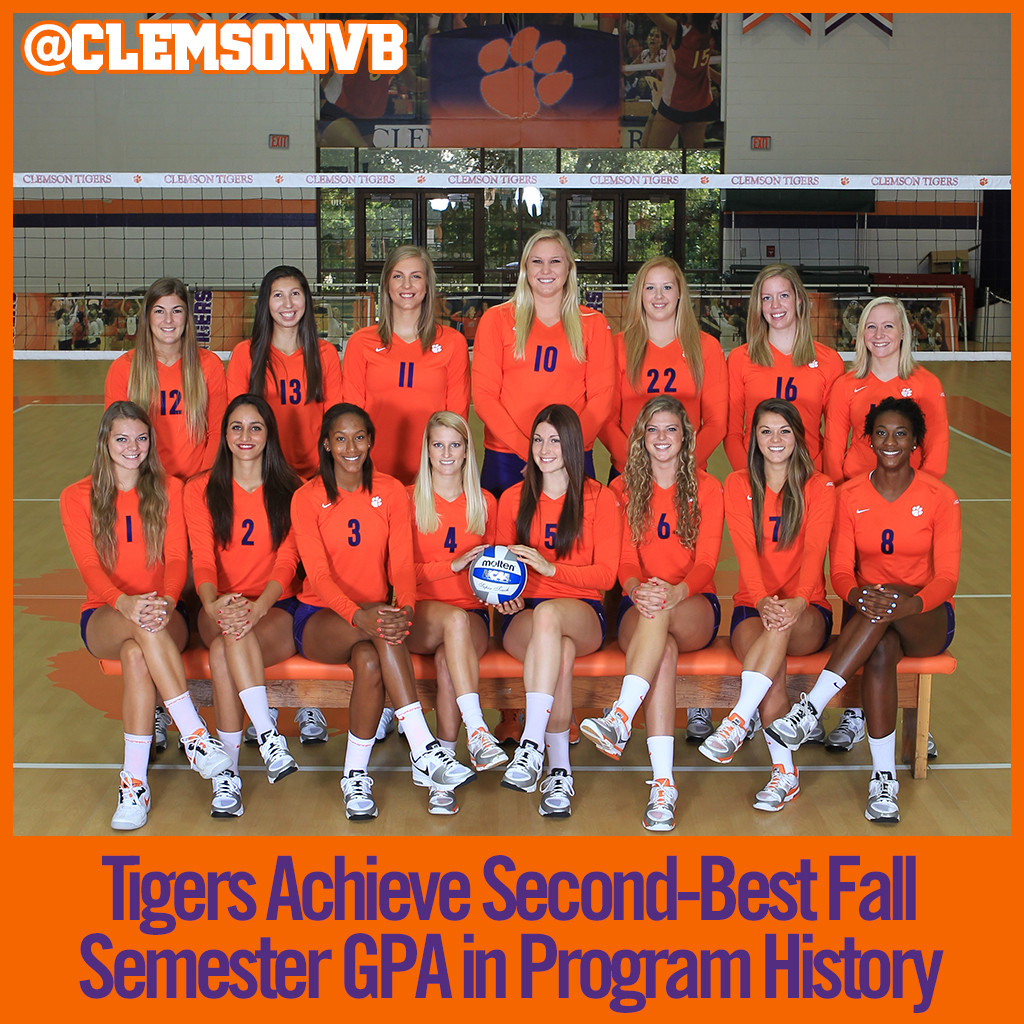 Head Coach Jolene Jordan Hoover’s team had nine players named to Clemson University’s Honor Roll for the semester, including two on the Dean’s List and two on the President’s List (4.0 GPA).

The Tigers finished the 2014 season with an 18-14 overall record, including an 11-6 record in matches played at home in Jervey Gym. Senior Karis Watson was named to the All-Atlantic Coast Conference Second Team, while rookie Kate Federico was named to the All-ACC Freshman Team. Watson finished the season ranked second in the conference and ninth in the nation with a 1.46 blocks per set average.