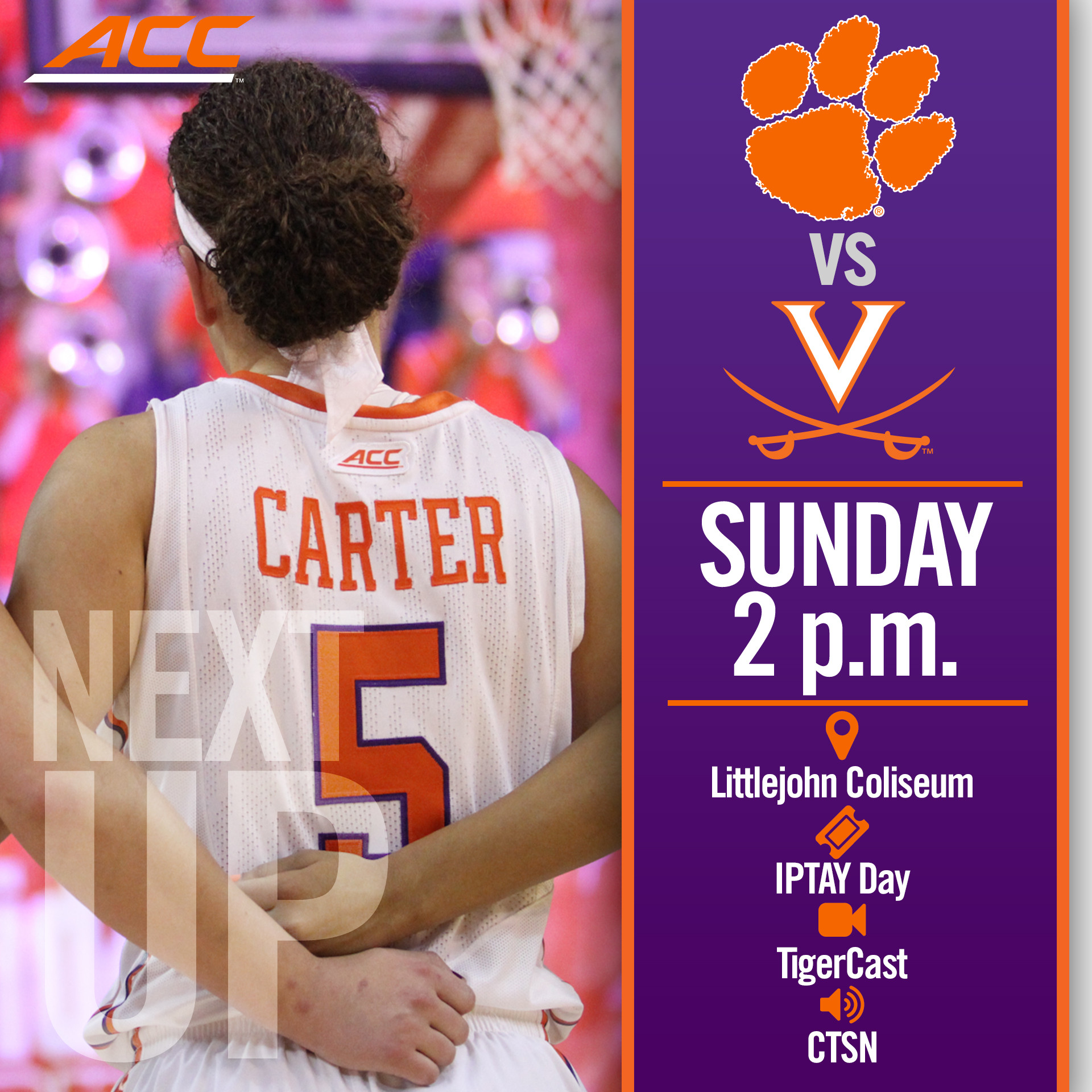 CLEMSON, S.C. – Clemson returns home to play Virginia on Sunday at 2 p.m. The game is designated as IPTAY Day. The first 2,000 fans receive a free t-shirt and there will be special food giveaways for IPTAY members. Furthermore, a Family Four Pack of tickets is only $10. The Tigers (9-12, 1-7 ACC) are looking to snap a seven-game skid and claim their second ACC win of the season against Virginia (14-7, 4-4 ACC), who is coming off a victory over NC State on Thursday.

Clemson Head Coach Audra Smith, a Virginia graduate, will be coaching against her alma mater for the second time since taking over at Clemson. Smith was recently named the 2015 ACC Legend from Virginia and will be honored at the ACC Tournament in March.

All but one of Clemson’s 12 losses have come at the hands of teams ranked among the top-60 in the RPI. Clemson’s true freshmen have played 2,256 minutes this season, the most by any freshman class in the nation, which accounts for .534 percent of the team’s total minutes.

Nikki Dixon has led Clemson offensively in all eight league games, and has scored in double-figures in 13 straight games. In Thursday’s contest at Wake Forest, Dixon scored 25 points, had eight rebounds, and took three charges to lead all players and moved into eighth place on Clemson’s all-time scoring list.