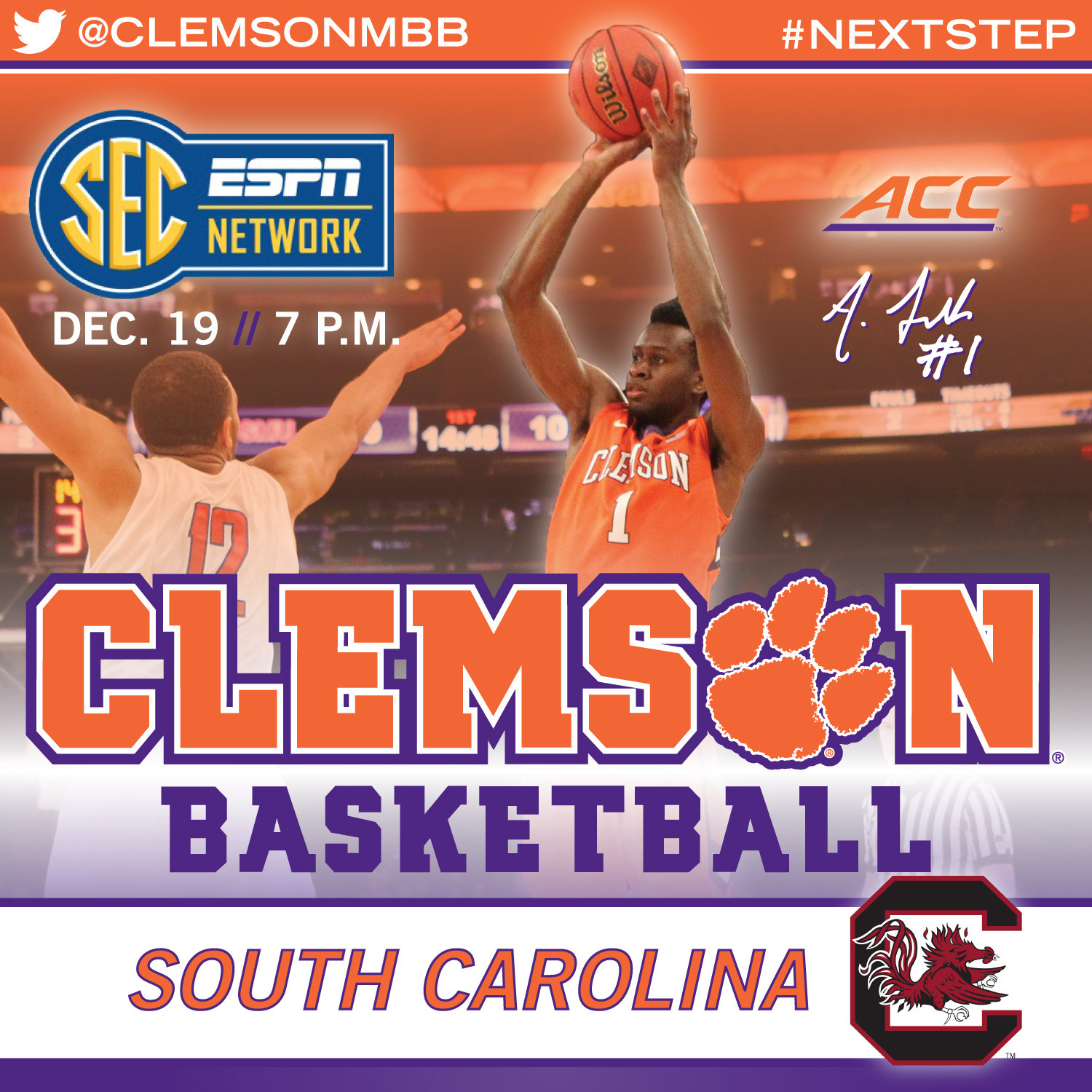 • Clemson has won two straight in the series over South Carolina, including 64-55 in Columbia two years ago.

• This is Clemson’s third straight game against an SEC opponent; the Tigers are 3-0 this season vs. the SEC, with wins over Arkansas, Auburn and LSU.

Streak: Clemson has won the past two meetings

• Clemson is in search of its third top-100 RPI win on the young season, with wins in the bag already over Arkansas (14th) and LSU (15th). The Gamecocks are 95th in the unofficial RPI according to WarrenNolan.com.

• Friday’s game is Clemson’s first true road contest of the 2014-15 season. It is the latest calendar date for a first road game in a season since 1991-92, when the Tigers’ first road game was Jan. 9.

• Rod Hall is averaging 17.7 points per game and shooting 60 percent from the floor against teams from the SEC this season.

• Donte Grantham posted four blocks and four steals in the 72-61 win over Auburn last time out. He is just the sixth player in school history to achieve at least four of both in the same game.

• Landry Nnoko needs one block to reach 100 for his career.